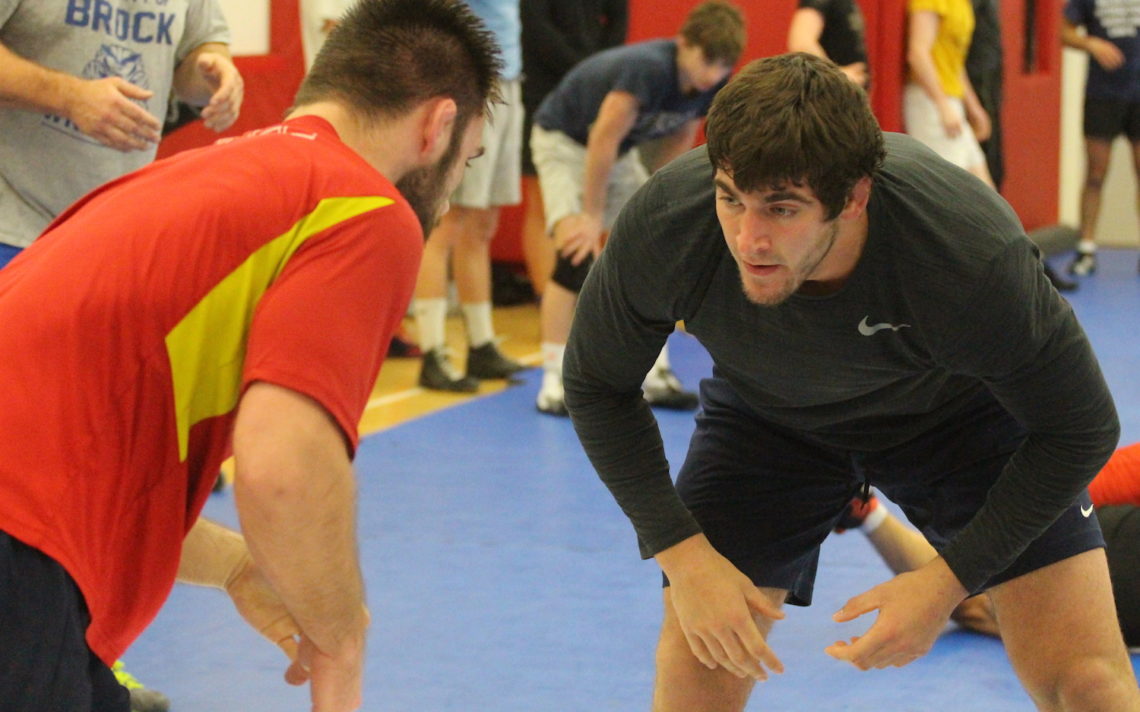 “I still felt like I was an underdog and I believe that keeping that mentality helps me to always want to become better,” said Richard DesChatelets Jr., who followed up a silver medal at last year’s junior provincials with a gold medal this time around. “As far as overall ranking in Canada, I don’t even believe I am in the system yet so I look at myself as having a lot more to achieve.” 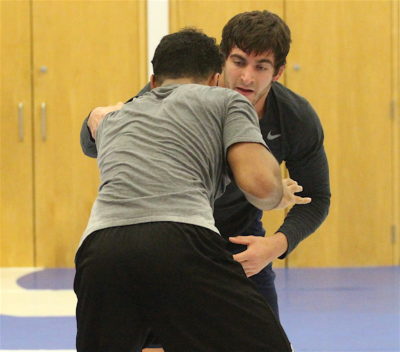 The 19-year-old Brock University wrestler feels his first junior provincial crown is only the beginning.

“I take it as a stepping stone for what my future goals will be,” the Niagara Falls native said.

His goals for this season are to win a junior national title and do the best he can at the national senior level.

“I can’t ask for anything more than that,” the A.N. Myer graduate said. “I also want to do the best that I can for the OUAs (Ontario University Athletics championships).

DesChatelets, the son of former Olympian Richard Sr., will be wrestling at 130 kilograms for Brock at the Ontario university championships.

“We are looking to win individual titles as well as the team title so the way it works out is he is our biggest man and he has to take that spot,” Brock coach Chris Prickett said. “He will be giving up some weight, for sure, but he is a lot more technically and positionally sound than a lot of the heavyweights.”

DesChatelets has yet to wrestle at that weight class, but he is ready for the challenge. 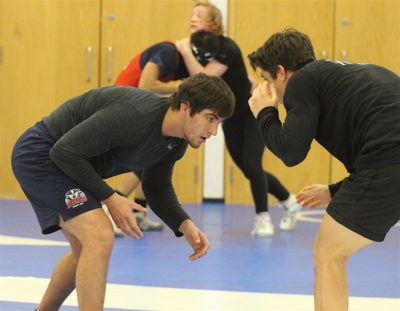 “Obviously, I have created strategies to deal with the size differential, especially in the way I am going to create my attacks,” he said.

This is DesChatelets’ second year at Brock, but the first year he has cracked the roster for the varsity team.

Prickett likes how DesChatelets is developing.

“He is as tough as they come,” he said. “We are really happy with his progression this year and he is still a junior.

“He has been competing against seniors all year and he has been holding his own and doing really well.”

Prickett feels DesChatelets has made excellent progress in his overall technique. 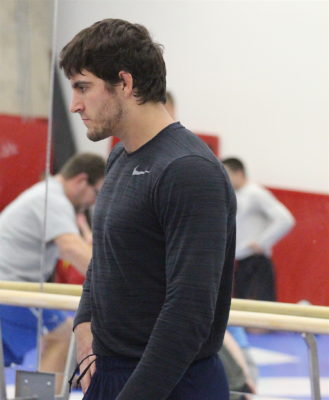 “He is still relatively green in a lot of positions, but this year over last year we feel he is way more focused coming into championships. He has taken it a lot more seriously this year.”

DesChatelets feels he has gained an extraordinary amount of experience since he left high school as a fourth-place finisher in the 83-kilogram division at the Ontario Federation of Athletic Association championships.

“I’ve also honed a ton of my skills since being here,” he said. “I get a lot of one-on-one training, especially in the morning, and they have been able to correct a lot of my flaws and help me fix the little things that go a long way.”

DesChatelets lists his provincial senior title as his top wrestling accomplishment, but described 2017 as not one of his better seasons competing at the national level.

“I had a high ankle sprain and it was really hard to continuously train,” he said. “It affected my endurance and it also through me off mentally. 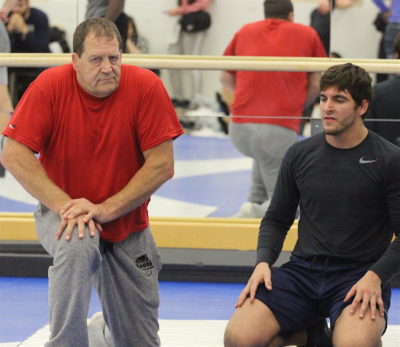 “I did not feel prepared when I went into that tournament.”

DesChatelets believes Brock is the best place for him to achieve his goals as a wrestler.

“The coaching staff and everyone else inside the room is very passionate about the sport,” he said. “They constantly keep you on track and they make your goals seem like a reality so you constantly push harder to achieve them.”