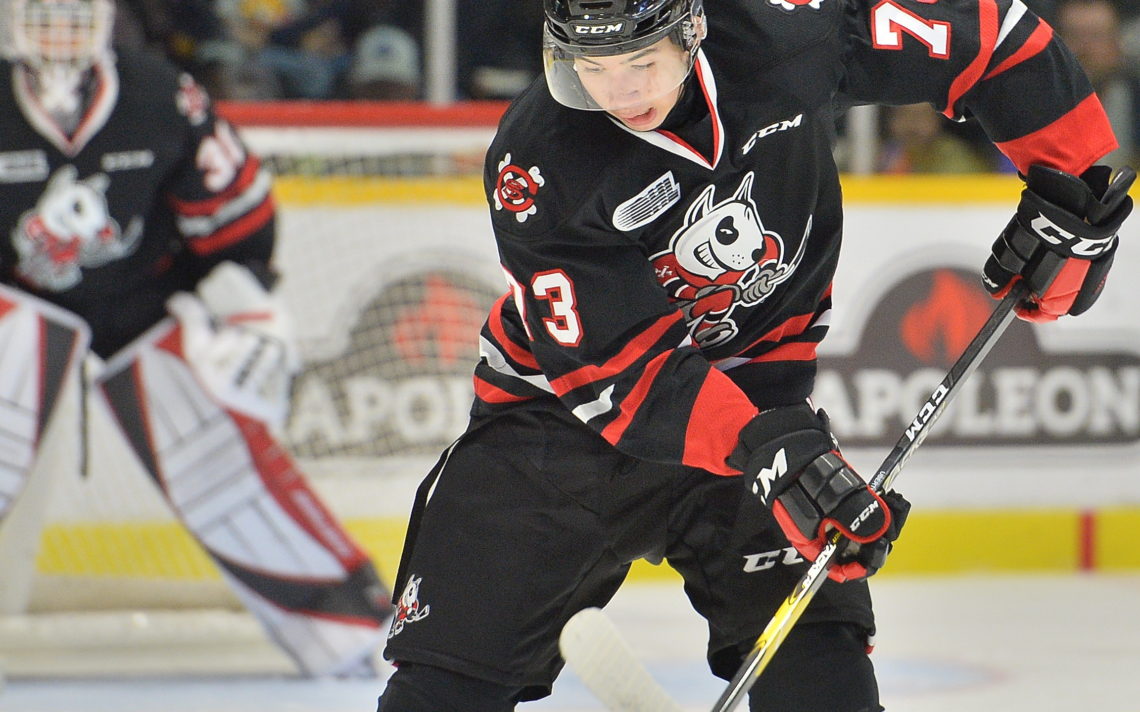 Jake Uberti is taking a pragmatic approach to the COVID-19 pandemic.

The 18-year-old centre for the Niagara IceDogs wants to get back on the ice as much as anyone, but is also well aware of the reason the Ontario Hockey League season has yet to begin.

“You try and manage it and understand why we’re not playing,” he said. “It’s for the greater good of everyone so if you think of it that way, it helps.”

The COVID-19 pandemic not only cut short last season, but has prevented the 2020/21 season from getting underway.

Uberti had been working out five days a week on and off the ice with teammate Cam Peters and trainer Chris Trivieri until the recent lockdown.

“I really enjoyed that,” Uberti said. “Working out with the guys kind of simulates a locker room feeling which is really nice.

“It’s just being prepared for when that call comes. It never hurts to stay in shape and practice good habits.”

Uberti has recently been filling the hours by taking an on-line course from Brock University and trying to stay as active as possible.

“I’m watching a lot of hockey and trying to be outside. I find that really helps the time pass, whether it’s going for a walk or a jog, it really helps,” he said.

Uberti is coming off a solid sophomore season that saw him improve his offensive numbers to 17 goals and 33 points after netting a pair of goals in limited duty in his rookie campaign.

“Jake is definitely one of the guys I am most excited about,” Burke said. “He was our most improved player last year. We feel he is only scratching the surface of his potential and is on the cusp of making a huge jump. He can fly, has high-end skill, and a powerful and quick release. As his role increased and he took more ownership of the team, his hockey IQ and his competitiveness grew exponentially.

“Jake will be a guy I will look to count on in all situations and be a leader behind the scenes. He is more than ready to be an impact guy every night and become one of the next faces of our franchise as we climb back up the mountain.”

Uberti is ready to fill whatever role is asked of him.

“Whatever the team needs me to do to be successful, I’m happy to do, whether it’s play a top six role or bottom six role,” he said. “It really doesn’t matter to me as long as the team is successful.”

Uberti is looking forward to having a more competitive squad as the IceDogs continue their rebuild.

“I’ve been really excited since we got sent home to get going again,” he said. “It would definitely be tons of fun to be compete every night and go deep in the playoffs.

“I think lots of guys have taken a step forward this year. I think we’re expecting to come in here and make a bit of noise. I think we have a good, young team. We’re really quick and if we play to the style our coaches want us to, I think we’re going to be successful this year.”

Uberti, Niagara’s fourth-round selection in the 2018 OHL draft, was eligible for the NHL draft last year but was passed over.

“There is something to learn from every experience we go through, whether it’s positive or negative,” Uberti said. “There were definitely a bunch of takeaways for me from the draft and last year.  It’s not the end of the world I didn’t get drafted. The goal is to play in the NHL and it doesn’t matter how you get there.