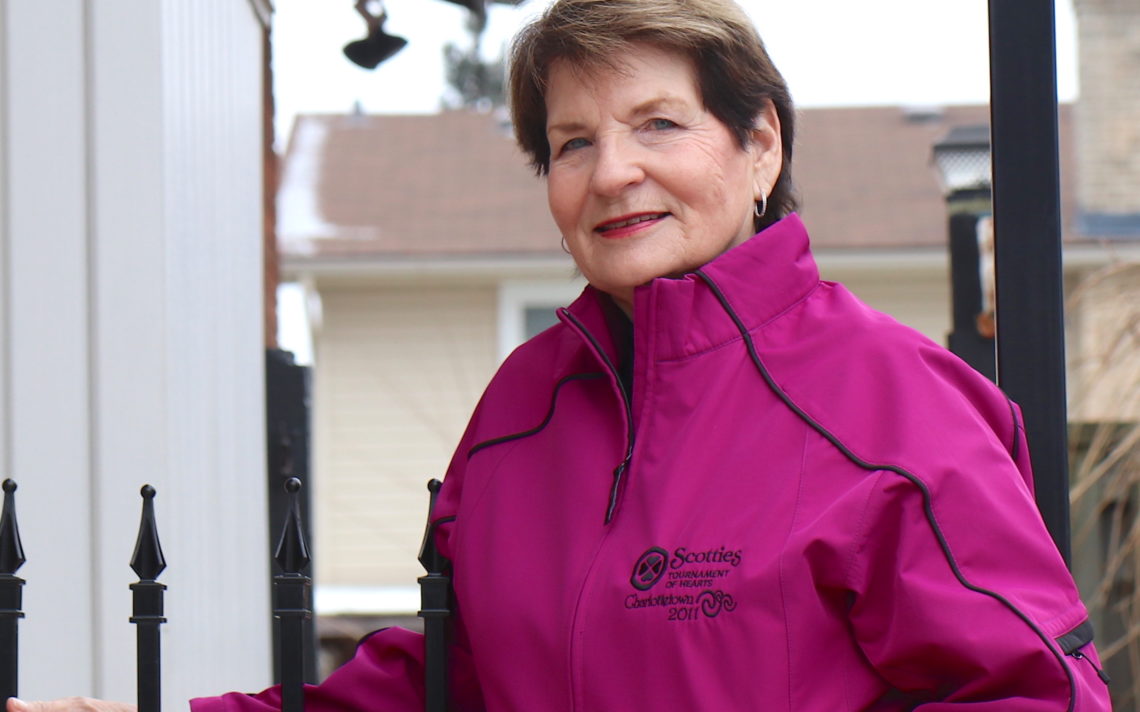 Gloria Campbell has gone from a St. Catharines Sports Hall of Famer to a member of the hall’s selection committee.

The 2007 inductee joined the committee about four years ago and feels humbled to be a part of that group.

“It is a wonderful honour and all of us on the committee take the role very seriously,” the Oshawa native said. “We spent months going over all the information for the various applicants and we are always looking for other deserving candidates whether they are athletes or builders.”

There are plenty of excellent candidates in St. Catharines but they need to be nominated so they can come to the attention of the selection committee.

“We wish that they (people) would feel free to get in touch with us with the applicant’s name and we will get them the forms to fill out,” the two-time senior women’s world curling champion said. “If they can’t finish all the questionnaire, we will certainly follow up and get it all filled out.”

For Campbell, the committee is a labour of love.

“I enjoy serving on the committee and we have a nice assortment of committee members. We are all very dedicated.”

Campbell, who is also in the Canadian Curling Hall of Fame and the Cambridge, Oshawa and Waterloo sports halls of fame, was inducted in the St. Catharines hall along with Peter Berge, Dean McBride, Robert Stoddart and Mathew Walters.

“I remember it well,” she said. “In 2006, I was diagnosed with cancer and in 2007 I was still having treatments when the induction happened. I was wearing my wig and I can remember it was at Club Italia. It was a thrilling moment for me.”

Having Berge inducted in the same year as her made the moment even more special.

“Peter had played lacrosse with my husband, Barry, and they were involved with the Minto Cup years ago.

Barry, who passed away in September, played for Ontario champion Whitby, who picked up Berge, Wally Thorne and Buff McCready for the Minto Cup run.

“That was really nice for us and Barry was thrilled to see Peter again. It’s a small world.”

Campbell was a giant in the world of curling. She participated in 36 provincial curling championships and set a record by winning six senior women’s national championships. In 2003, her senior women’s rink pulled off the rare feat of winning the opportunity to represent Ontario at the Scott Tournament of Hearts Canadian championship.

“We are probably the only senior ladies team to represent its province at the Scotties,” she said. “It was really thrilling.”

Normally the senior world event conflicted with the Scotties but in 2003 the rink when through the Scotties challenger round because there were no conflicts.

“Lo and behold, we ended up winning it.”

Because of knee issues, Campbell gave up curling for a few years before returning and using a curling stick.

“I like to think I am not a proud person and a lot of people don’t like to go to sticks but I enjoyed the social part of curling and the camaraderie so much that I went to the stick,” she said. “I quite enjoyed it.”

Serving as her husband’s primary caregiver for the past few years saw her step away from curling and golf but she is looking forward to returning to both when the COVID-19 pandemic ends.

“Hopefully it will be this year of the gods allow it,” she said. “Who knows what is going to happen but I think the golf course may still be open this spring.”

Curling will always be near and dear to her heart despite starting in the sport at the relatively late age of 32 in Burlington. She curled one year there before moving to St. Catharines where she came to the attention of a competitive rink skipped by Liz Ball.

“I guess they could see some potential in me and I just loved the game so much,” she said. “I loved the technical part of it and one of the skips from the curling club told me later on that I almost drove her nuts because I asked too many questions.”

It quickly became her passion.

“I had a desire for it, I loved every aspect of it and I was very fortunate to be with people who were very knowledgable when I was in that learning process,” she said. “I became a sponge, everything they could teach me I soaked up and I was learning from good curlers so I never developed any bad habits.

“I was fortunate to be associated with people who were at the top of their game and I always thought that you are never too old to learn.”