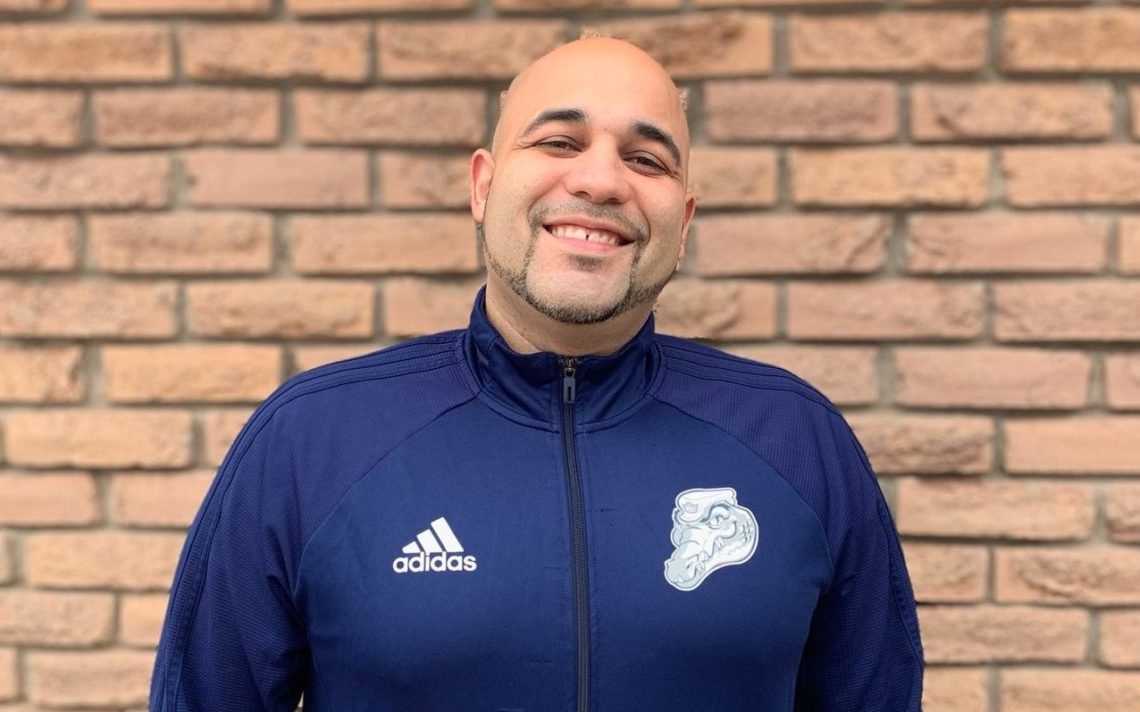 Anthony Haughton enjoyed playing for a who’s who of St. Catharines coaches during his five years of basketball at Governor Simcoe.

John Dakin was the point guard’s midget coach, Larry Miller was the bench boss at the junior level and Pat (Woody) Woodburn coached Haughton for three years at the senior level and when he was called up as a junior to play senior.

“Those coaches did so much for me in my personal life, my mental life, my spiritual life and Woody always took me over to the States to play,” the 36-year-old St. Catharines native said. “Mr. Miller was a defensive coach, Dakin was an all-around team coach and Woodburn was about players shining in their roles.

“I got to learn under great coaches and great players.”

When Haughton’s Redcoat days ended, he landed a scholarship at Houghton College, a National Association of Intercollegiate Athletic Division 2 school located in Houghton, N.Y. Playing in the American Mideast Conference for four seasons, Haughton made the freshman all-conference team. In his junior year, he was seventh in the nation in assists per game and 11th in assists per turnover ratio.

“I also had the opportunity to travel with some other Christian school athletes and we formed an all-star team that got to travel to the Czech Republic and play against some semi-pro squads in the summer.”

Unfortunately he blew out his knee and had to become a player coach. 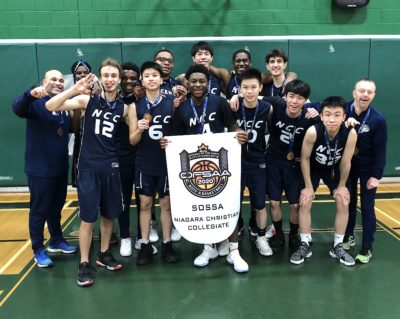 “I got to coach there and helped coach with a great coach named Don Baker. We ended up winning a sectional championship.”

Facing a decision whether to return to Canada or remain in the United States and become an American citizen, Haughton casts his eyes north and landed a job at Niagara Christian Collegiate 10 years ago teaching Grade 8. He also taught kindergarten through Grade 8 physical education until the kindergarten to Grade 6 portion of the school was discontinued. He then became the program director of the middle school and taught Grade 8.

He helped Shamus Bourdon coached the senior boys basketball as soon as he joined the staff at NCC and took over the program six years ago when Bourdon joined the staff at the Ontario Federation of School Athletic Associations. He also coaches all the boys and girls middle school teams for every sport.

Haughton’s coaching philosophy is an amalgam of what he has learned from others.

“I take a little bit from all of my high school coaches and my college coach as well; some plays and that next guy up mentality,” Haughton said.

That mentality is central to his core coaching beliefs.

He tries to make his basketball team a family.

“If everyone in the family unit does their job, you can be very successful and we can have a lot of success.”

That success has included five trips to A OFSAA in the last 10 years, culminating with a team-best bronze medal in 2020.

“Last year was the greatest year yet,” he said. “We ended up making a run from the 12th seed.”

Haughton has enjoyed every minute of a journey that is all about him giving back what others have done before him.

“Basketball is something that helped me overcome some of the life obstacles that I faced and it was an outlet for me,” he said. “My coaches gave so much to me and I realized that you can have an impact greater than the game of basketball. 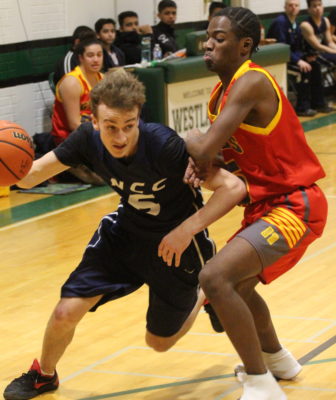 “They helped me develop as a player as well as a man so I am just trying to give back as much as I can with my love for the game.”

Haughton hasn’t lost his fire for the sport.

“I still love competing. I still can beat all the high school kids so I feel great about that,” he said, with a laugh.

He loves the program he has helped build at Niagara Christian but feels it is far from a finished product.

“There is always room for improvement as a coach and a program,” he said. “We challenge our students to be student-athletes first. What is your plan? Using your abilities is great and it helps you in your academics, but then from there we just want to have well-rounded kids. We continue strive for excellence on and off the court, we continue to work hard and we give glory to God in all we do.”

His goals are simple.

“I want the players to have the same experiences I did, to be able to travel across the United States and different places in the world to play basketball, become better people and have that same passion to give back,” he said. “I feel it is a domino effect. If you give to people and show them how to give back, they will do the same things.”

Haughton usually begins practices with the NCC Navigators on the first day of school but the pandemic squashed those plans, About a month into the fall semester, he began running non-contact, no sharing of the ball training sessions that ended with the lockdown Dec. 26.

“We knew that there wasn’t going to be a season but coming off of OFSAA with five returning players, we wanted to keep development going.”

He is now busy doing Zoom workouts every day with his students.