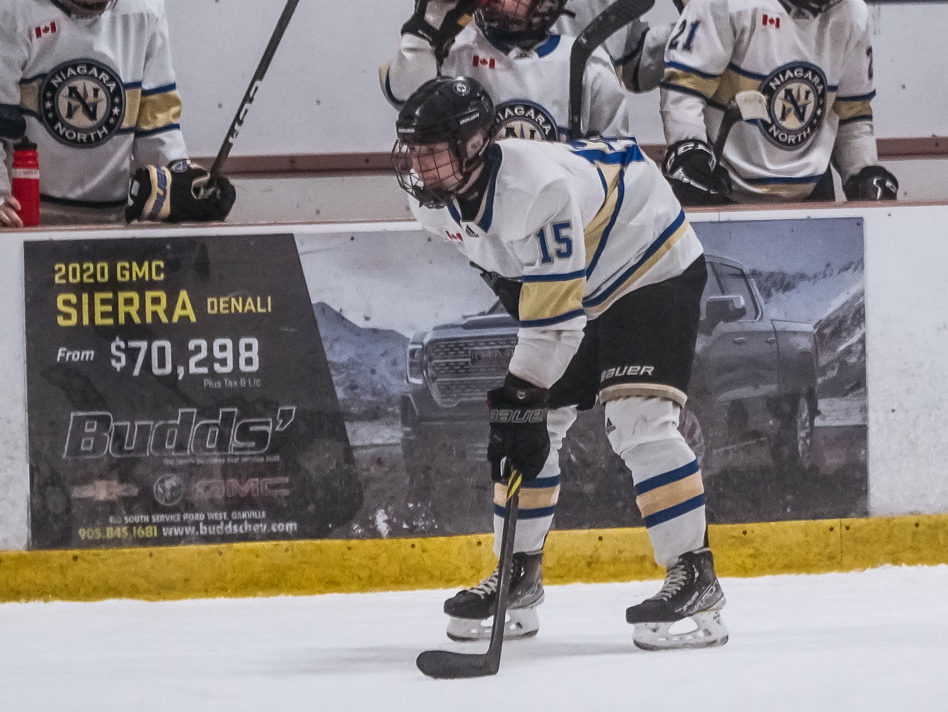 Tuin ready for next step in hockey career

Lucas Tuin’s parents have been front and centre for every step in his hockey career.

Unfortunately, they missed the exact moment that his name was announced Saturday as the 113th overall, sixth-round pick of the Peterborough Petes in the Ontario Hockey League draft. His mom was emptying the washer while his dad was fetching something for an upcoming business trip to Illinois.

“I was just sitting there with my dogs (a black lab named Jax and a golden lab named Bentley) and my name popped up on the screen. I called my mom (Danielle) and she came running down the hall, filled with joy and just about to cry,” the 16-year-old Dunnville resident said. “Then my dad (Eric) came upstairs and asked what all the commotion was about and my told him that I had been just drafted to Peterborough. Everyone was so happy and they both congratulated me.”

Bentley and Jax were equally thrilled.

“Usually when they see people getting hugged, they try to get up in there and jump on you. They were walking and pacing around, wagging their tails wondering what the heck was going on.”

After congratulating him, his parents cautioned him about what comes next.

“They just told me that that was the easy part. Now the hard part begins,” the Niagara North Stars under-16 AAA player said.

When his name first came up on the screen, the 5-foot-11, 181-pound defenceman thought about moving up to Peterborough and being away from his family. 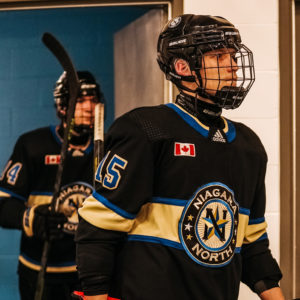 “I wouldn’t say it is going to be super tough because they (parents) support me and they understand but throughout my whole hockey career they have been there, taking me to every single practice and every game, paying for everything, including the countless sticks that I have broken,” he said. “They have pushed me and helped me through all the ups and downs and I appreciate everything they have done for me. It will be hard for the first little bit without them.”

Two minutes after being selected, Peterborough’s general manager called to check in on Tuin and congratulate him. He didn’t have much time to celebrate as he was heading to participate in a pair of tryout showcase games for the Oakville Blades Tier 2 junior A team. Tuin performed well enough to be invited to the team’s main tryout camp in June. Oakville could turn out to be his 2022-23 destination if he is unable to crack the Petes’ roster.

He is going to try and stick with Peterborough this fall.

“I am going to work my hardest and if things don’t go my way on the first day, just get though it and be better the next day or practice. I want to show them why they need to sign me to their team this year.”

Tuin had three goals and 10 points in 23 regular season games for the North Stars and describes himself as a 200-foot defenceman.

“I would love to play for the Petes this year, obviously score my first career OHL goal and step on the ice for the first time with a professional team.”

Before arriving with the Niagara North Stars, Tuin had stints with Dunnville, the Southern Tier Admirals and St. Catharines AA hockey.

“The second year there, the triple A coach said he was interested in me and wanted me to come play for him. I went out to tryouts, made the team and I have been playing with them with Niagara North for three seasons.”