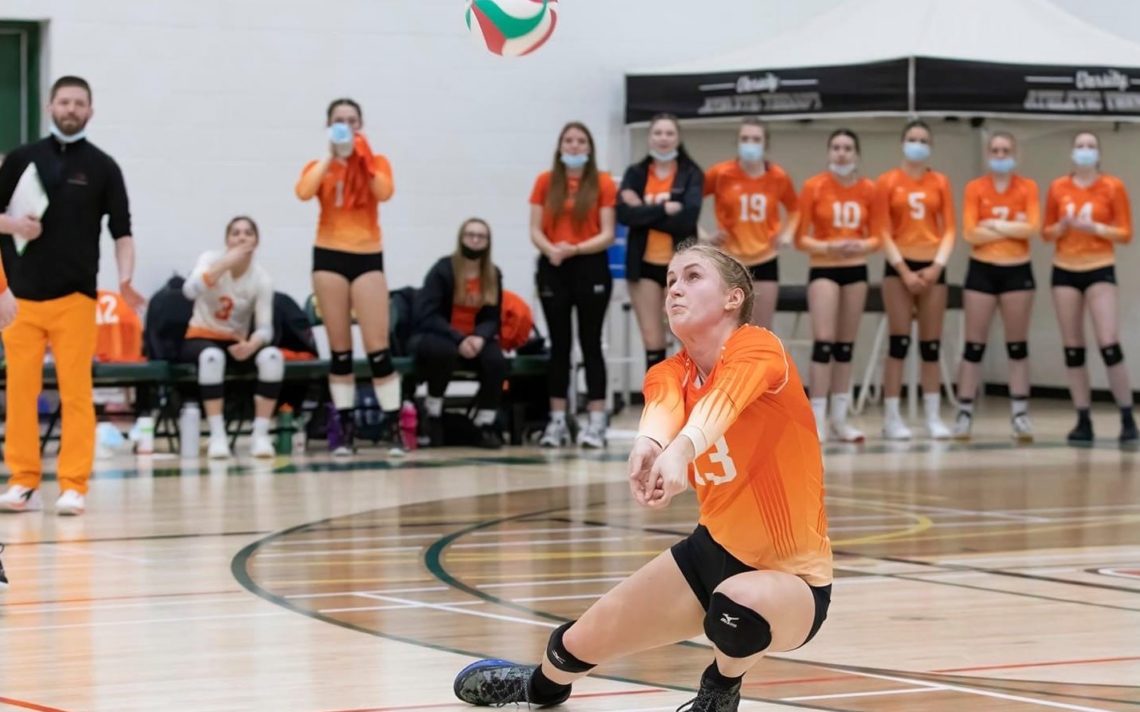 At the recent Mohawk Mountaineers athletic banquet, the 21-year-old St. Catharines resident was named the co-winner of the Dr. Sam Mitminger Award, the highest honour in Mountaineer Athletics, which is presented to a graduating athlete.

“It has been such an amazing four years at Mohawk and to be honoured with such a big award like that during my graduation year is so awesome,” the Laura Secord grad said. “All the people I have been surrounded by have really helped me along this journey and I couldn’t be more thankful than I am right now.”

When she was first notified of the award, the first thing she thought about was the community around her.

“It has really strengthened my character and I honestly don’t think I would have been the same person if I hadn’t gone through Mohawk,” said Emslie, who is working as a registered X-ray technician at Juravinski Hospital.

“Going into my first year, I was a scared, little 18-year-old girl and I didn’t really know how to navigate living on my own, away from home, taking this new university program at the same time as I was trying to balance being a student-athlete.”

It was anything but easy.

“I reached out to a couple of my teammates and my coach and they taught me how to time manage and stay on top of workouts as well as be successful in school.”

On the volleyball court, Emslie was selected to the Ontario Colleges Athletic Association West Division All-Rookie Team after her first season and was named an OCAA West Division Second Team All-Star over the past two seasons.

Her career highlight was winning an OCAA silver medal in 2021-22.

“The program hadn’t been in a gold medal match in 42 years and getting there was great,” she said.

Emslie’s game evolved significantly over her time at Mohawk.

“When I got there, I was more of a defensive player and my strongest skills were passing and serve receive but as I progressed through my time at Mohawk, I learned how to be more offensive,” she said. “I really learned a lot from my coach, Matt Schnarr. He taught me how to be very offensive as an outside hitter, especially in my second year.”

“I don’t know if I will be competing too much from here on out but I do know there are a lot of leagues in the Niagara region,” she said. “I know some of the Niagara College players and some of the Mohawk players have migrated to St. Catharines as well so I might end up competing in that kind of setting.

“But for now, keeping my overall health and fitness is my main goal. It has become a lifestyle for me and I would like to keep that up.”

Emslie wasn’t the only Niagara resident to pick up awards at the banquet.

Hannah Sukkau of St. Catharines was named the winner of the Bernetta Scime Assistant Coach of the Year Award. She was prominent in putting together the summer training program for the cross country team, and helped coached the men’s team to a bronze medal and the women’s team to a fourth-place finish at the OCAA Championship.