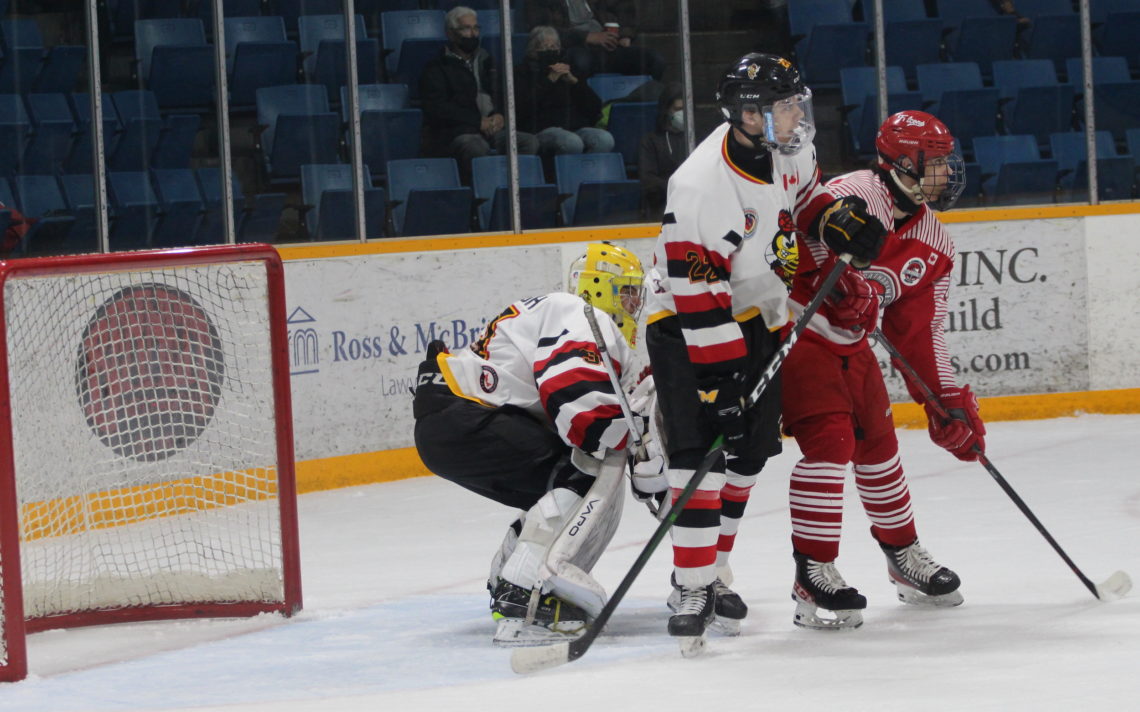 Falcons too much for Kilty B’s

A hat trick is a hat trick as far as Mitchell Armstrong is concerned.

Armstrong scored his first goal late in the first period, then added a pair of empty-net goals in the third period to seal the deal.

“That’s one way to get a hat trick,” Armstrong mused. “It definitely feels nice and definitely helps with the confidence. I know the boys are all happy for me.”

Falcons assistant coach Greg Jambrosich was thrilled to see the hard-working Armstrong rewarded on the scoresheet.

“Obviously great to see that,” said Jambrosich, who was subbing for head coach Tyler Bielby who was serving the third of his three-game suspension. “Army does some great things for us, he’s good in the D zone and on the penalty kill and he adds some fire and energy to the team. He’s always there every single day with a positive attitude and working for the process.

The Falcons raced out to a 3-0 lead in the first period on goals by Blake Yetman, Sam Williamson and Armstrong and looked like they may blow the regular season champions out of the water before Hamilton struck for a goal less than a minute after Armstrong’s to narrow the gap to 3-1 after one.

Hamilton used the momentum from that late goal to score early in the second to make it 3-2 before Jonah Boria scored at the 14:20 mark on one of his classic end-to-end rushes.

The Falcons then turned in a solid final 20 minutes to close out the win and improve to 9-0 in the playoffs.

“It was huge to get off to a good start here in Game 1 but at the end of the day, we haven’t won anything, they haven’t lost anything and we’re going into a clean slate for Game 2,” Jambrosich said.

Armstrong, too, cautioned one game does not a series make.

“It feels amazing but we have to remember it’s just getting started and we have to work just as hard next game,” he said. “The job’s not done.

“We just focus on the next 20. It’s really important to not get too ahead of ourselves and focus just one game at a time.”

With Game 2 in Hamilton Wednesday, the Falcons have at least secured a split before coming home for Games 3 and 4.

“We know our families will be there supporting us at The Jack and we know the energy they will bring and we feed off that energy,” Armstrong added.

Falcon facts: St. Catharines back up goaltender Josh Johnson was ill and did not dress. Matthew Doma of the Hamilton Junior Bulldogs U18 AAA served as back up to Andrew MacLean  . . . The GOJHL handed out their regular season awards in a pre-game ceremony on the ice  . . . Leamington and Chatham are meeting for the Western Conference championship while Elmira and Cambridge are batting for the Mid-Western Conference title.

Up next: Game 2 Wednesday in Hamilton. Game 3 Friday in St. Catharines. 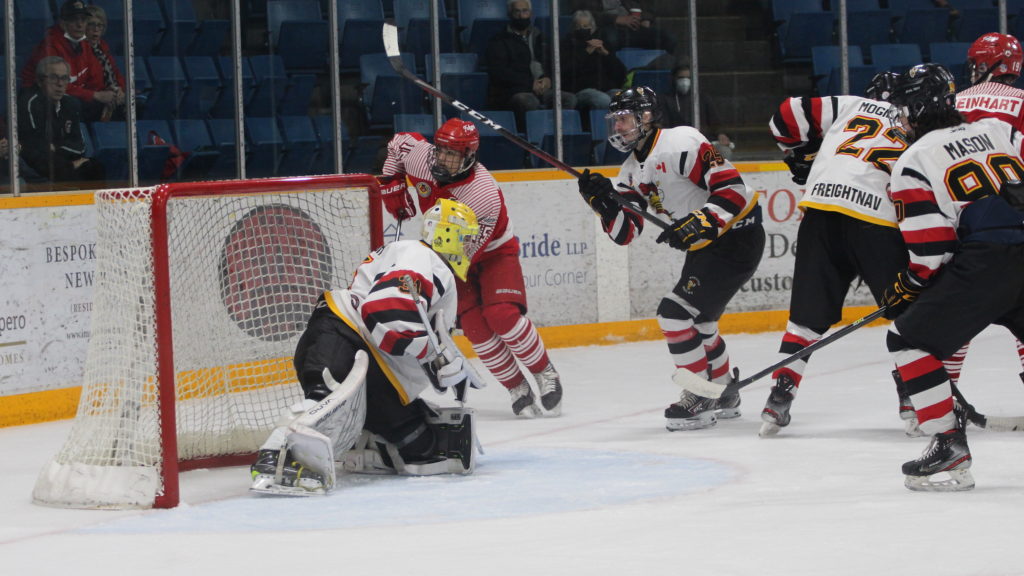