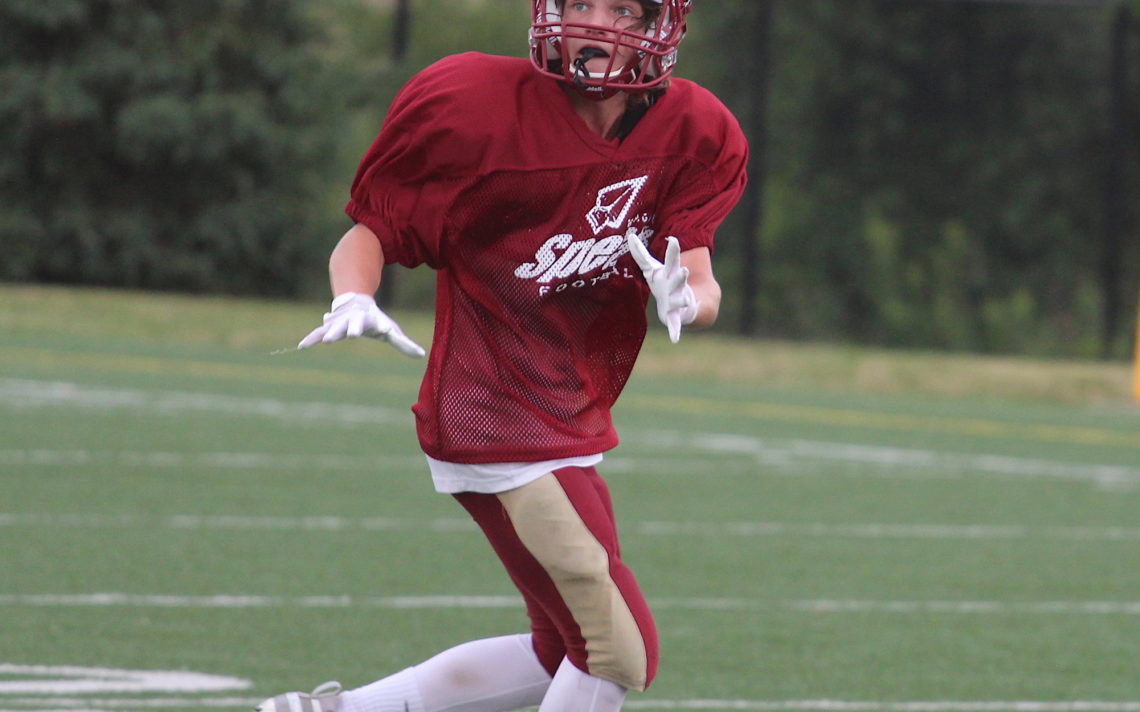 Josh Morley had a slow start to his first season of travel football.

The 14-year-old St. Catharines resident suffered a deep quad pull in training camp and it took him about four or five weeks to feel healthy in the uniform of the Niagara Spears Tier 2 Junior Varsity football team.

“It was the most frustrating part of the season,” the Grade 10 student at Sir Winston Churchill said. “I hated coming to practice and not playing. It’s the worst thing because I hate watching. It’s terrible.” 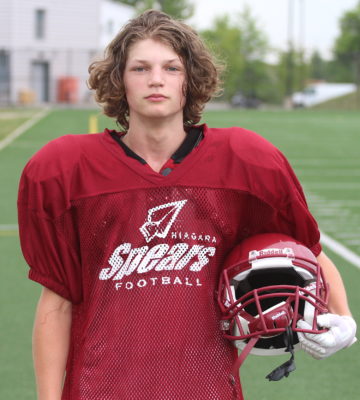 Once the 5-foot-7, 135-pound receiver was healthy enough to play, he had another obstacle to overcome.

“He was very anxious about playing and nervous, but we slowly brought him along and he is probably one of our most improved players,” Spears head coach Gerry DiSanto said.

Morley would be the first to agree with that assessment.

“It is only the second season that I have ever played football (includes last fall with Sir Winston Churchill) in my life and I was pretty nervous playing,” he said. “At the beginning of the season, getting on the field I had lots of butterflies, but now I am over that and now it’s just normal.”

He overcame those nerves by practising and playing.

“It was the constant reps and constantly getting hit is the best thing,” Morley said. “Then you know that it doesn’t really hurt that bad.”

Morely is proud to be considered one of the Spears’ most improved players and feels his development was jumpstarted last fall at Churchill, despite seeing only a few reps every game.

“It was definitely a big help being coached by Artie (Arthur Martin),” he said. “He is a great coach and he helped me every day.”

Morley has also done a lot of work on his own to get better.

“It is off the field reps all the time,” he said. “I am always in the field behind my house repping constantly. It’s like every single day.” 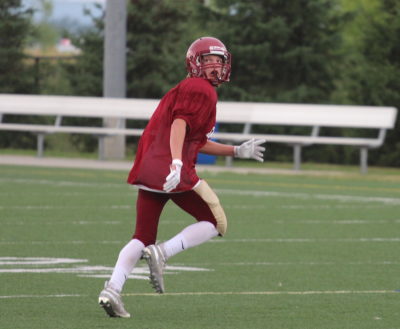 “I do that every day if we don’t have practice,” he said.

That kind of all-out effort is what Morley has shown for the Spears all season.

“He gives 100 per cent every time he does something,” DiSanto said.

For Morley, training on his own is something he has done his entire life.

“I used to play soccer and I would do it when I played soccer,” he said. “I have always been like that. If I am not practising at practice, I am training on my own time.”

Morley and the rest of his teammates will conclude their Ontario Provincial Football League season this Saturday. They will play unbeaten Vaughan in the championship game at Tim Hortons Field in Hamilton.

“It is going to be great,” Morley said. “We’re outnumbered, but we are confident. We have the smallest team, but we definitely have the biggest hearts.”

“They have won every game by a minimum of 45 points except ours,” DiSanto said.

League rules stipulate the clock runs straight time as soon as one team is ahead by 35 or more points and Niagara was the only squad to prevent that from happening.

“We are the only team that has pushed them all the way to the end of the game,” DiSanto said.

Vaughan is a formidable opponent.

“They have all the horses,” DiSanto said. “Right from the beginning to the end, they have two good players per position. As soon as you get the next kid off the bench, he is just as good as the first kid that was there.”

Niagara doesn’t have that luxury with its 27-man roster, including nine players who play offence and defence.

Last year’s Spears squad went 4-4 in regular season play and lost in the semifinals. This year marks the first time Niagara has made the Tier 2 championship game.

“We are going to try and soak it all in and enjoy it, but at the same time, we still have a lot of work to do,” DiSanto said.

The players can’t wait to play at Tim Hortons Field in Hamilton.

“They are all upset that Johnny Manzeil isn’t there any more,” he said, with a laugh.

The key role of the Tier 2 team is to prepare players to play on the main Spears Junior Varsity elite squad and DiSanto expects most of his players to make that leap.

“That is what happened last year,” he said. “Last year’s Tier 2 team, they all made it to the elite team and that’s par for the course. It is all about the development.”