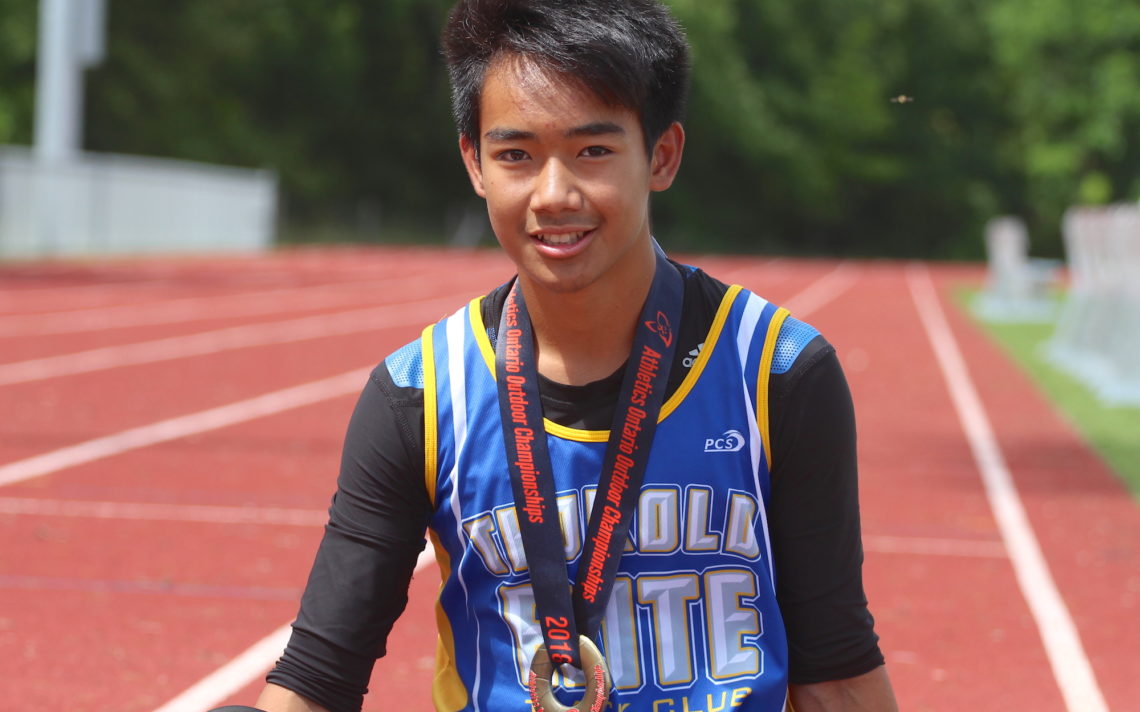 The climb towards personal bests in track and field is often a slow process measured in centimetres and split seconds.

Thorold Elite Track Club triple jumper Tavon Pulema has turned that fact on its head and he has taken a quantum leap in his personal best in the triple jump. In the past month, the 15-year-old Niagara Falls native has added more than a metre to his personal best.

“It’s a fun sport and I just got into it,” he said. “I have learned the form and how you are supposed to do it instead of just jumping up and coming down short.

“I learned how to balance the phases and to make them all equal.” 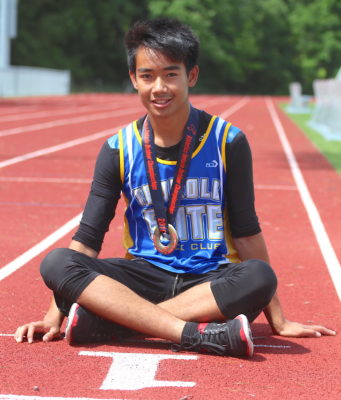 Those lessons have obviously paid off as the Grade 10 student at A.N. Myer recently jumped 12.1 metres to place first in the triple jump at the Athletics Ontario Bantam/Midget/Youth Track and Field Championships in Windsor.

“Tavon is a newer jumper and I have only been working with him for about two months, but he has the same passion and commitment that DeAndre (teammate Fournier) has,” Thorold Elite coach Steve Fife said. “Even within those two months, we have seen huge difference in the way that he jumps.

“He has made improvements in all his phases and I expect he’s only going to get better and better and now he is chasing down 12.5 (metres) for the next triple jump.”

“In high school, I wasn’t that good at it and I want to be as good as I can be,” he said. “We have a lot of triple jumpers that are at the top and I kind of want to be up there with some of them.”

He has tackled that goal with determination.

“I have worked on my form, watched a lot of video and practised hard.”

Pulema didn’t expect his efforts to pay off so quickly with a provincial championship in Windsor.

“I was hoping to place fourth or fifth,” he said.

It was a moment to remember when organizers hung a gold medal around his neck.

“It was great,” he said, with a huge smile. “I can’t describe it because it was my first time. It just happens.”

His win has qualified him for the national championships, but he is not thinking about that, instead concentrating on the upcoming Ontario Summer Games.

In addition to coaching, he has received a lot of help along the way this summer.

“It is my teammates giving me support and motivating me to do it,” he said. “That is nice.”

He is already looking forward to next year’s high school track and field season.

“I want to try and stay healthy, perform better and be good.”

He is taking track and field one year at a time and will see where that takes him.

“I’m not sure because I have just started,” he said. “I have only been training for a month and a half.”