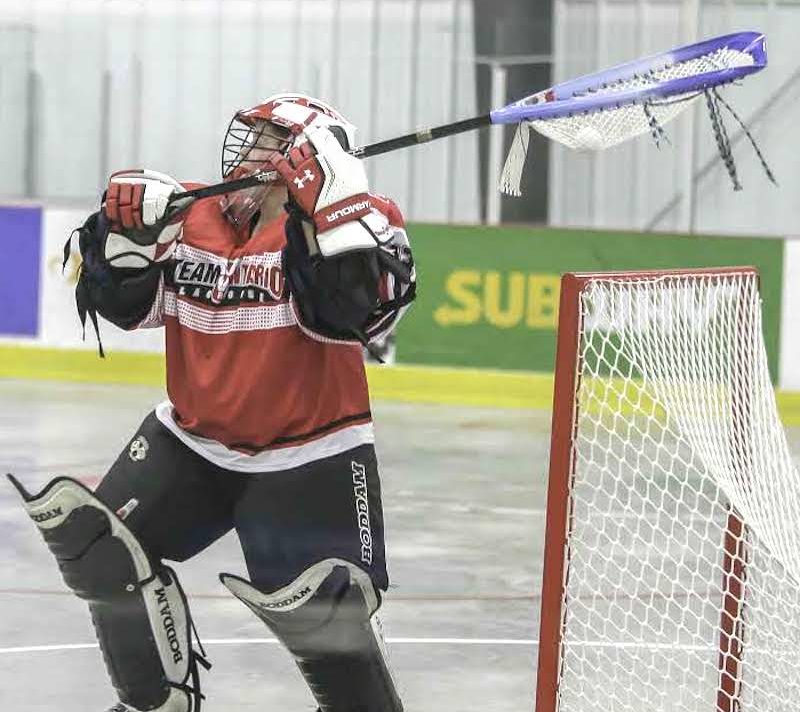 Kamryn Brown came up huge on the biggest stage on which she has ever performed.

Brown was stellar between the pipes, leading the bantam group with a 3-1 record, which included two shutouts, a 1.75 goals against average and .928 save percentage, as Ontario shutout Nova Scotia 6-0 to win the bronze medal.

“We definitely could have won it (gold medal),” she said. “There were only four teams. Gold or silver would have been better, but at least we got to go.”

Brown, a graduate of Richmond Street Public School who plans to attend Denis Morris this fall, enjoyed the experience overall.

“It was pretty good,” she said. “The first game was pretty nerve wracking but after that it just felt like a club game.”

Brown, who plays for the St. Catharines midget girls team and previously suited up for the bantam boys in St. Catharines, said the competition was very challenging.

“I knew it was going to be better than what I played in St. Catharines,” she said. “It was different because, on the other teams, it was the best players from other clubs instead of just the best players of one team.

“That made it harder to do and the shots were a lot faster and they knew how to play.” 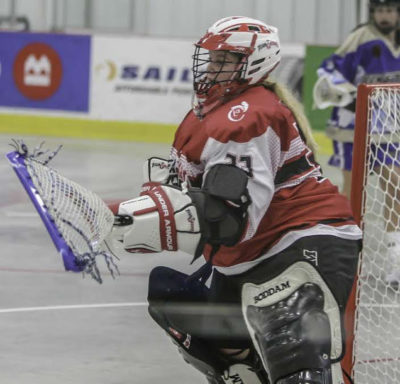 She said the final versus hometown Nova Scotia was an eye-opener.

“It was definitely a very loud crowd for Nova Scotia, but other than that it was just normal,” she said.

Brown began playing lacrosse when she was four and switched to goaltending full time in minor peewee.

She had a simple explanation when asked why she decided play in net.

“I don’t like to run and it doesn’t hurt with all the equipment.”

Brown’s mental game has helped her with any struggles she has encountered.

“I just try to forget about it and think the score is still 0-0,” she said. “I get mad at myself and then pick up my game.

Brown, who plans to try out for the team again next season, also plays hockey with the Brock junior Badgers.