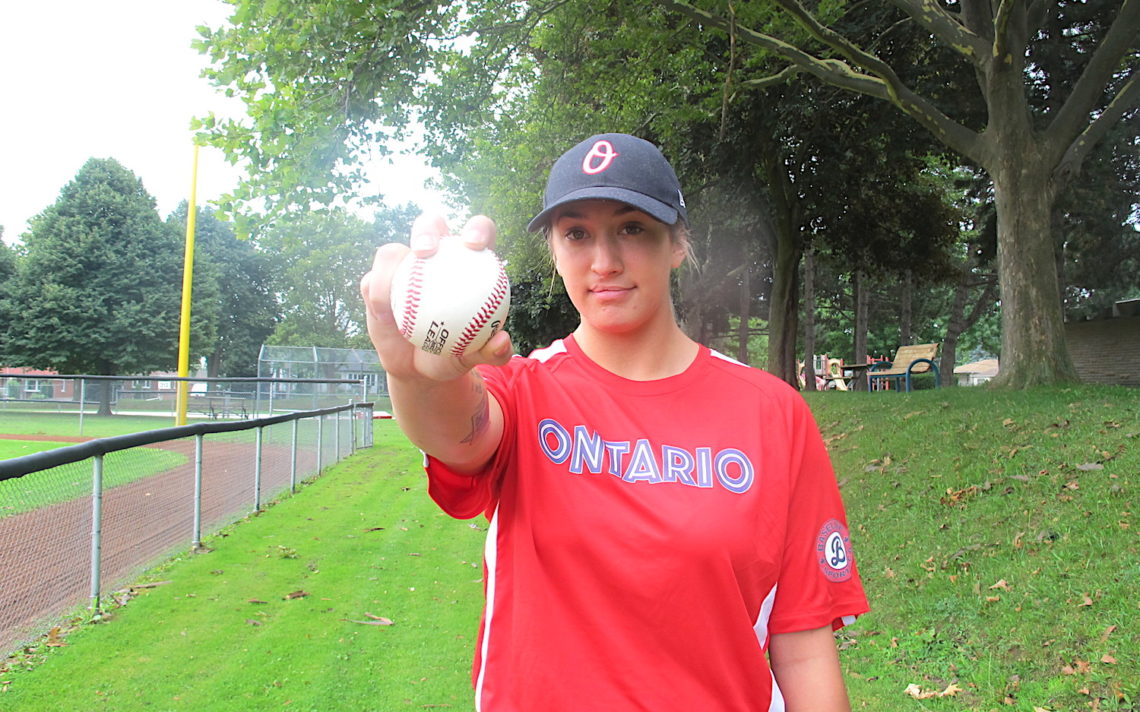 Taylor made for the mound

Tara Taylor could have taken the easy way and played softball.

The 16-year-old, Westlane Secondary School student tried her hand at softball for one season and found it wasn’t to her liking.

“I started at softball a long time ago and I just didn’t like it. I like (pitching) overhand and throwing curveballs,” she said.

So Taylor made the switch to baseball and fell in love with the sport.

She began playing at the house league level with her brother and worked her way to the rep level with the Niagara Falls Falcons.

“I was playing with my brother, and a few coaches came up to me and the ump said something to me that I was really good,” she said. “I tried out for travel and made peewee boys travel Falcons and from there, I kept trying out for the Falcons.”

A few years ago, Taylor made the decision to attend a development camp for women’s baseball in Cuba, where she made contacts and learned what avenues are available for females in the sport.

“It was good. We played against the Cuban National Team and they were really good.”

Taylor then found out about Team Ontario, an outlet for top female players based out of Toronto, and made the 16U squad. She also attended a prospects camp in Windsor last year and this season is on Team Ontario’s U21 team and on a second Women’s Open team.

“It feels really good (playing for my province),” she said. “I’ve never played anything this high up.”

Her ultimate goal is to play for Team Canada.

“I would like to (play for Canada) the next few years if I keep working with Team O,” she said. “Everyone on the provincial teams wants to play for Team Canada.

“I just need to get more consistent and throw strikes.”

Even Team Canada don’t have a huge schedule, although there is a World Cup of women’s baseball in Florida.

Oddly, women’s baseball is not part of the Canada Summer Games, even though there is a national team. There is women’s softball.

Taylor has spent this season playing midget house league in Niagara Falls and has also been an AP (associated player) with the Falcons major midget travel squad.

“They (rep players) hit it more, so that makes me pitch more and I can get stronger,” she said. “In House League, it’s a lot of strikeouts, but with the Falcons I have to work harder and throw more curve balls.

“They are way better. 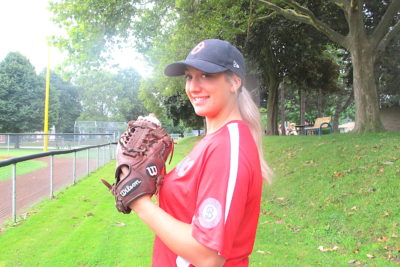 Playing with the boys is not even an issue.

She admits her friends marvel at how well she competes.

“They come and watch and wonder how I hit the ball and are surprised. They don’t understand how I do it.”

“I started as a catcher and threw to second and it always made it there and a lot of guys couldn’t at that age, so I started pitching and I really liked it,” she said. “I started the curve last year. I always throw it now. I prefer pitching.

“I like controlling the game and me being in that situation.”