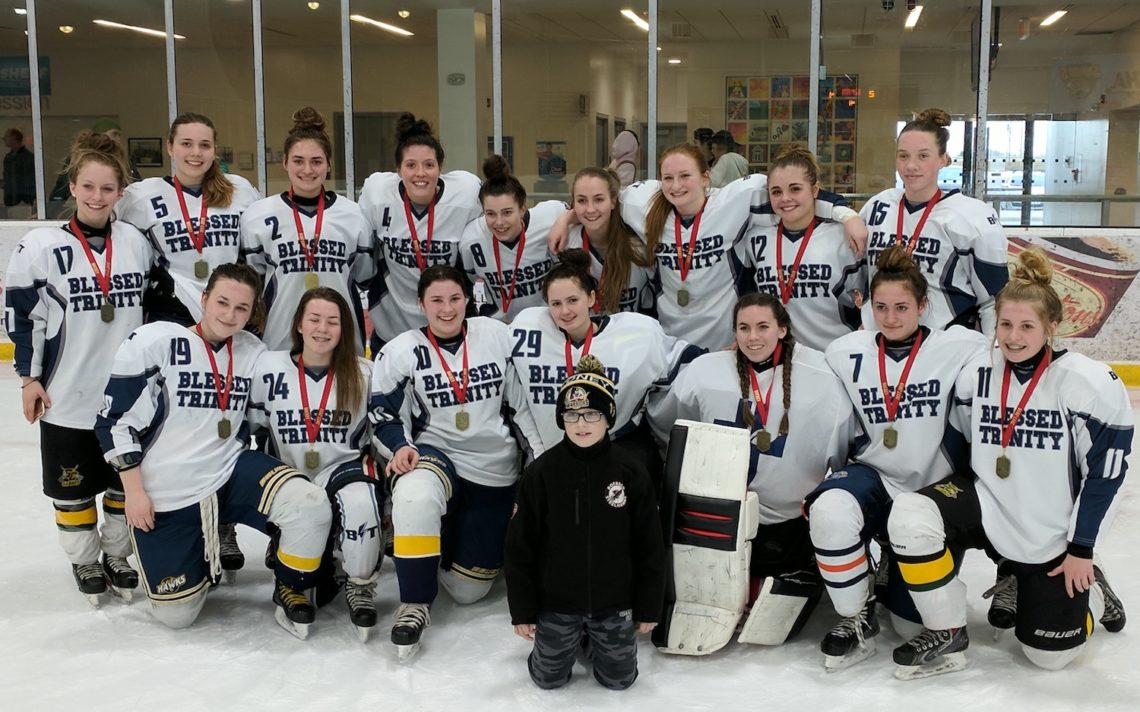 There was no stopping the Blessed Trinity girls hockey team again this season.

With a 4-2 win over the Watertown Warriors Tuesday in Flamborough, the Thunder captured their third straight Southern Ontario Secondary Schools Association AAA title.

Rylee Cryderman, Ilena Ricker-Singh, Ella Krushelnicki and Abbey Rogers scored in the SOSSA final while Jasmine Kurucz and Katie Barich scored and Amanda Rampado recorded the shutout in a 2-0 semifinal victory over the A.N. Myer Marauders.

“The last three years, the girls have been very successful in the Niagara region and the SOSSA playdowns,” Blessed Trinity head coach Rich Vrataric said. “Over that time, the girls have accumulated just shy of 75 wins and it has been a very strong and powerful team.”

This season, the Thunder went 7-0 in Niagara Catholic Athletic Association league play before defeating Saint Michael 8-1 in the quarter-finals, Denis Morris 6-1 in the semifinals and Holy Cross 5-1 in the finals.

Blessed Trinity will carry an overall record of 19-1 in the Ontario Federation of School Athletic Associations championships March 21-23 in Cambridge. The Thunder’s lone loss came to Bishop Ryan in the semifinals of the Blessed Trinity tournament.

Blessed Trinity has been on a roll thanks to the arrival of some key players three seasons ago.

“There was a core group of Grades 9s than came into the program and helped transform the team over the last three years,” Vrataric said. “With a couple of grads each year, we had an influx of talented Grade 9 girls which provides us with a nice mix of Grades 9 through 12.”

The Thunder are led by a handful of players.

“We have kind of what we call our Fab Five and all five of the girls play in the provincial women’s league,” Vrataric said.

The five includes goalie Rampado, centres Brooklyn Duff and Cryderman, and twin sisters Ava and Ilena Ricker-Singh. The former plays the defence and the latter is a left winger.

“That really helps from a depth, scoring and leadership point of view,” Vrataric said. “ They have played in big games and they rise to the occasion.” 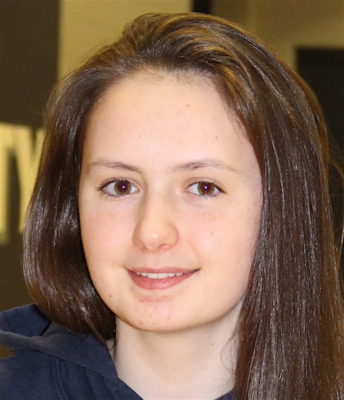 Rampado, a 5-foot-5 Grade 11 goalie, feels it’s the bonds within the team that make it so strong.

“Everyone is really close to each other so it makes the chemistry on the ice a lot easier,” said the Stoney Creek Sabres player, who has verbally committed to a hockey scholarship at RPI. “Everything off the ice helps bring us success on the ice.”

Duff agrees the team’s closeness had led to success on the ice. 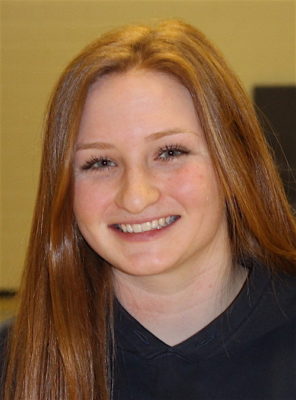 “Coming here in Grade 9 was such a good experience and we all bought into it all together,” the Stoney Creek Sabre said. “On the ice, we all work well together and in the change room it is always really fun.

“We want this so bad and we work hard to get it.”

The Thunder are hoping to take another step at OFSAA this year.

“We are a smaller school from Grimsby and when we get to OFSAA it is a big deal for everybody,” Rampado said. “We have to make sure we are cooperating as a team on the ice even more than what we have done before. Hopefully we can put a few pucks in the net and make it further.”

Vrataric is all for that.

“We didn’t advance into the medal round and this year we are hoping to at least get out of our division and get into a quarter-final game,” he said.

Duff is aiming even higher.

“I would love to get a medal this year and I think we can do it this year,” she said. “We have a lot of new talent in Grade 9 and we have what it takes.”