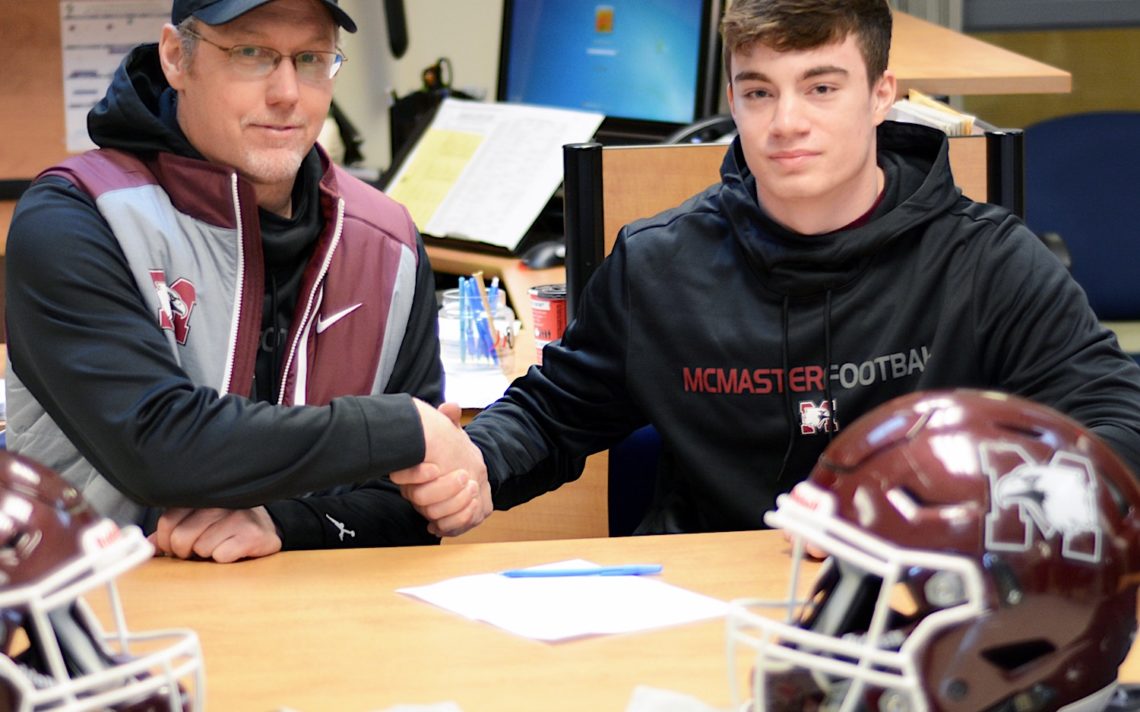 “It is pretty exciting,” said Porter, who returned kicks and played both defensive back and wide receiver with the Fighting Irish.

“McMaster offered me coaches that would work with me one-on-one and all the people who will be mentoring me are younger guys who have just got out of their careers or are still in their careers,” the former Niagara Spears player said. “And their head coach is considered a guru of defences and he was a DB (defensive back) in the CFL for a short period of time.

“To be mentored by those guys will be great and it is close to home, 45 minutes away, with a winning tradition.”

Porter also looked at Queen’s, Guelph and Ottawa before quickly deciding that McMaster was the right fit for him on and off the football field.

He’s planning to study humanities at McMaster, focusing on justice, politics, philosophy, business and law with thoughts of a possible career in forensics or law. 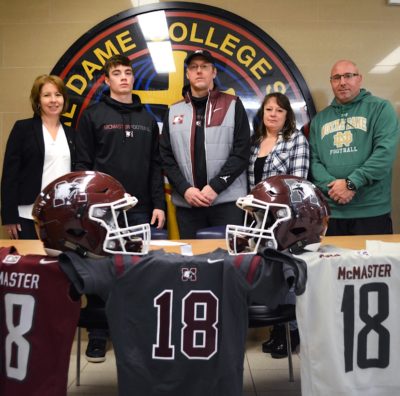 “He is a versatile, gritty football player and that’s just the way we like them at McMaster,” he said. “He is also a good kid, he has worked hard in the classroom and McMaster is a good fit for him academically and on the football field.”

Knox has been following the 6-foot-1, 195-pounder for a number of years and sees him suiting up in a new of positions on McMaster’s defence.

“He can play most positions on the back end so other than middle linebacker or on the defensive line, we are going to find the best fit for him,” he said.

The most likely positions for Porter are defensive back and outside linebacker.

“He’s physical and he plays tough football so it will be a good fit for us defensively,” Knox said.

Porter is already preparing for his first OUA season. 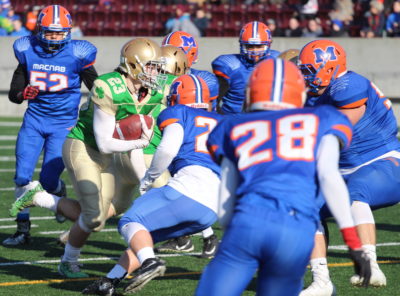 “I am mostly working on speed and transitions, transitioning out of breaks and knowing my assignments,” he said. “They are giving me a playbook and plugging me into their strength (and conditioning) system just to get my lifts up.”

Knox is confident Porter will see playing time in his rookie season.

“We expect him to come in and be able to contribute right away,” he said.

Porter plans on doing just that.

“I want to do my best in first year, get on special teams and they told me there is a spot at safety and a spot at SAM (outside linebacker) that needs to be filled.”

Porter is confident he could fill either position and start as a rookie.

“One of my goals is to make the rookie all-star team in my first year.” 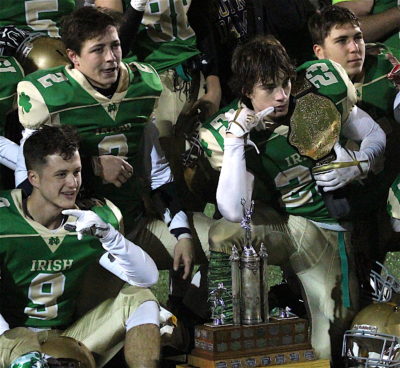 “Jake has worked hard both academically and athletically to get this recognition,” Notre Dame coach Tim Bisci said. “He has been a real leader for us the last two years. We will miss his leadership.”

Bisci wishes Porter all the luck in the world.

“You rarely see a kid that truly loves the game the way he does and gives the effort to improve and excel at it the way he has done the last three years.”