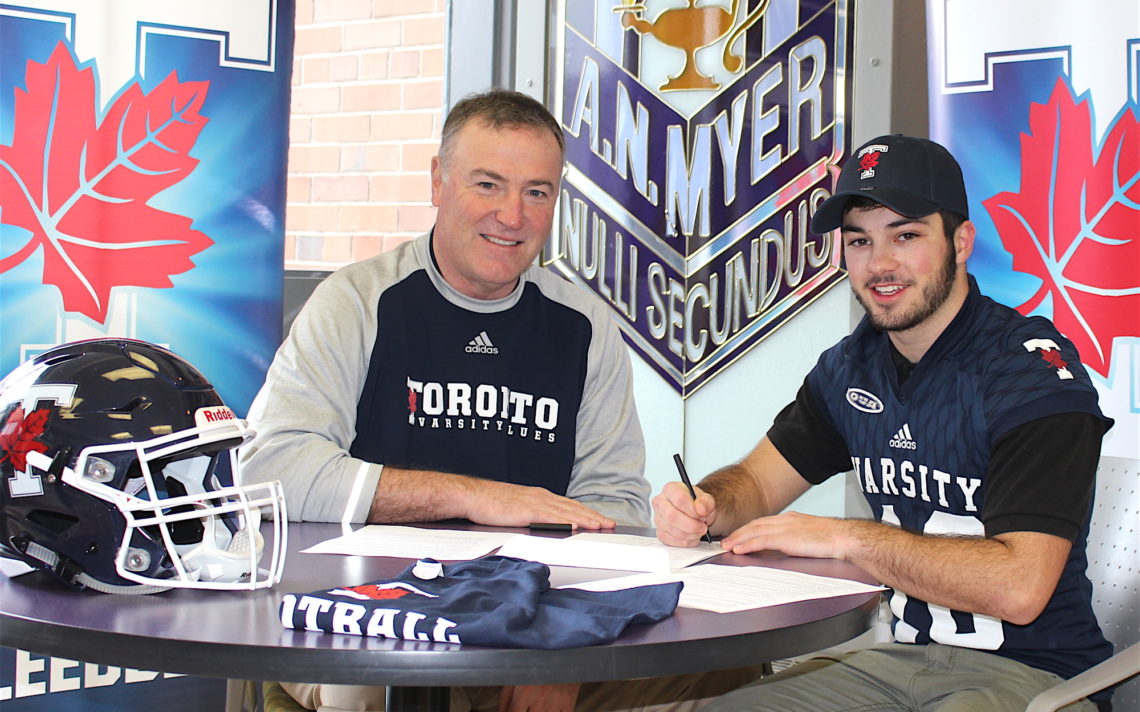 Lisi signs with University of Toronto

At 5-foot-6 and 150 pounds, it was easy for university coaches to overlook Josh Lisi as a football prospect.

“A lot of coaches told me that if he was just 20 pounds heavier and a few inches taller, we would be all over him,” A.N. Myer coach Dave Buchanan said. “I advocated for him but it was just the size issue.”

“I know he’s an under-sized guy and that’s why he got overlooked by a bunch of people, but he was the best player on the field both games that I saw,” Marshall said. “I love his attitude, his competitive spirit and he’s a kid that deserves a chance.” 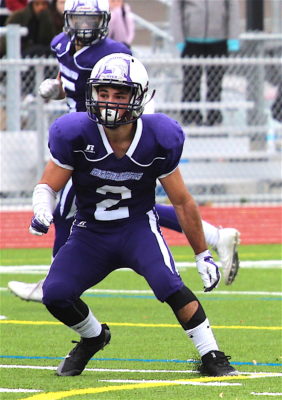 Marshall was at A.N. Myer Tuesday morning to sign Lisi up for the University of Toronto football program. Marshall, who was the defensive coordinator at Queen’s prior to taking over the head coaching position in Toronto in January, was the only university coach to talk to Lisi.

“After our championship game when coach Marshall came up to me, I didn’t think too much of it, but after that he called me and then he had me down for a visit,” Lisi said. “I was shocked that someone would actually be recruiting me because no other coaches had ever talked to me or anything.”

Lisi had always wanted to attend the University of Toronto and it was perfect timing when Marshall took over the program.

“The day I saw it, I called coach Marshall and I called the Lisis and I told them something really cool had happened,” Buchanan said. “As soon as I talked to coach Marshall, he said “I want that No. 2. That’s the kid I want.” I was like boom.”

Boom is what happened the past few seasons to opponents who underestimated Lisi because of his size.

“I am harder to wrap up because I have a low centre of gravity and I am a fairly strong guy,” Lisi said. “I like to run people over.”

He never let his lack of size stop him from succeeding on the football field.

“I play with a bigger heart than most other players,” Lisi said. “I don’t take my size into consideration and other players should be more scared of a small guy because they don’t see him coming.”

University of Toronto will need to find different ways to best take advantage of Lisi. 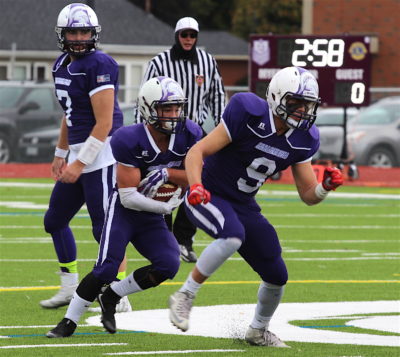 “Obviously he’s not going to be an in-the-box guy,” Marshall said. “We are going to have to get him out in space where he can use his speed and athleticism.”

Marshall envisions Lisi as a returner, receiver, slotback and someone who might rush the ball on occasion.

“He’s a little bit of a Swiss Army knife kind of player,” Marshall said. “It will be a challenge but there’s lot of great, small players in this game and we are hoping that he can be one of them.”

The trick for Toronto will be to find ways to utilize his strengths, but also keep him out of certain situations.

“We are not going to ask him to block any 300-pounders, that’s for sure,” Marshall said.

Like any first-year player, there will be no guarantees of playing time and it will depend on how quickly he can adapt to a higher level of competition.

“We are a young team so he will be competing with a lot of young guys,” Marshall said. “We are hoping he can come in and contribute right away.”

Buchanan has high hopes for Lisi.

“He was the heart and soul of our team last year and always the kid that you hope for,” he said. “But at the same time, he can absolutely play and coach Marshall recognized that.”

Buchanan believes Lisi can compete with anyone but feels Toronto is the perfect fit for Lisi.

“He had to go to a program that was kind of in a rebuilding phase because it would be tough for him to walk into the Westerns of the world,” he said. “They can pick and choose based on a certain height and size.”

Lisi plans to work hard to prepare for his first year of university ball. 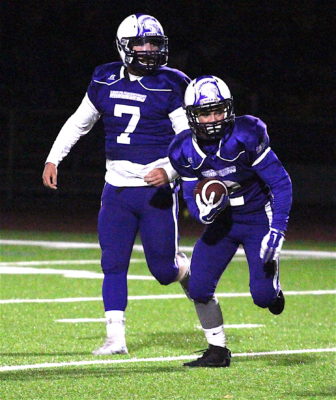 “I will be training a lot in the gym and I will also be training on the field,” he said. “My best friend (Ryan James) is a quarterback so I always get a lot of reps with him.”

Away from the field, Lisi plans to study forensic science with the hope of becoming a police officer.

In the last few years, Myer has had 12 players move on to university ball.

“We have just as much or more than anybody,” Buchanan said. “Historically other programs have had more but we are in that cycle where a lot of great kids are moving forward.

“And the expectation for the next few years is that we will probably continue that.”