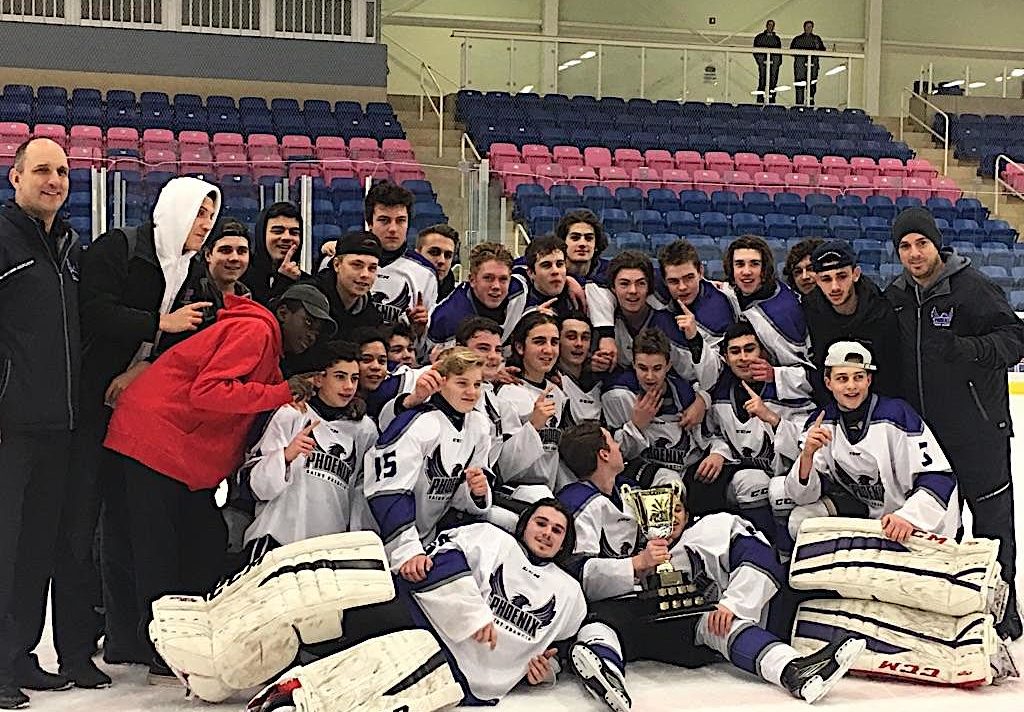 After being knocked out of the Niagara Catholic Athletic Association AA playoffs in the semifinals, the Phoenix got a chance at redemption at the SOSSA playdowns and made the most of it.

The Phoenix defeated the Saint Michael Mustangs 4-2 in the semifinals before topping McKinnon Park 3-1 in the finals to capture the Southern Ontario Secondary Schools Association championship held at the Gale Centre in Niagara Falls.

“The Mustangs and Phoenix gave no quarter as they put their bodies on the line to represent the hotly contested NCAA berth into this regional affair,” St. Francis coach Jim Whittard said.

Julian Bianchi had a goal and an assist while the rest of the goals were potted by Nick Young, Brad DiTillio and Zack Mambella.

The Phoenix were led physically by Matt Stacey and Conor Federkow.

In the final, the Phoenix prevailed over the McKinnon Park Blue Devils to qualify for the Ontario Federation of School Athletic Associations championships for the first time in 12 years.

Young had a goal and assist while Chase Berton and DiTillio also scored.

Whittard was thrilled to see the way his charges responded despite already playing earlier in the day.

“Although the battle with the Mustangs challenged the fuel tanks of the Phoenix engines, the boys dug deep for some divine intervention,” Whittard said.

Whittard said the season has been something special, both on and off the ice.

“With much community support, parental support and character witness to the game, a roster of 29 came together and unselfishly shared the ice through a variety of circumstances,” he said. “The coaching staff is very proud of the boys never complaining and the team is really where it is at due to every player on the team and a diversity of roles.”

The Phoenix now get set for OFSAA in Collingwood after the March break.

“The tournament, hosted by Jean Vanier Catholic High School of Collingwood, is a destination the Phoenix have had marked on their calendars for quite awhile, quietly believing in each other, refusing to break,” Whittard said. 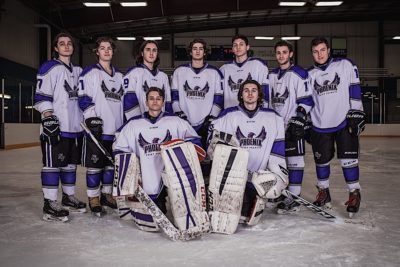