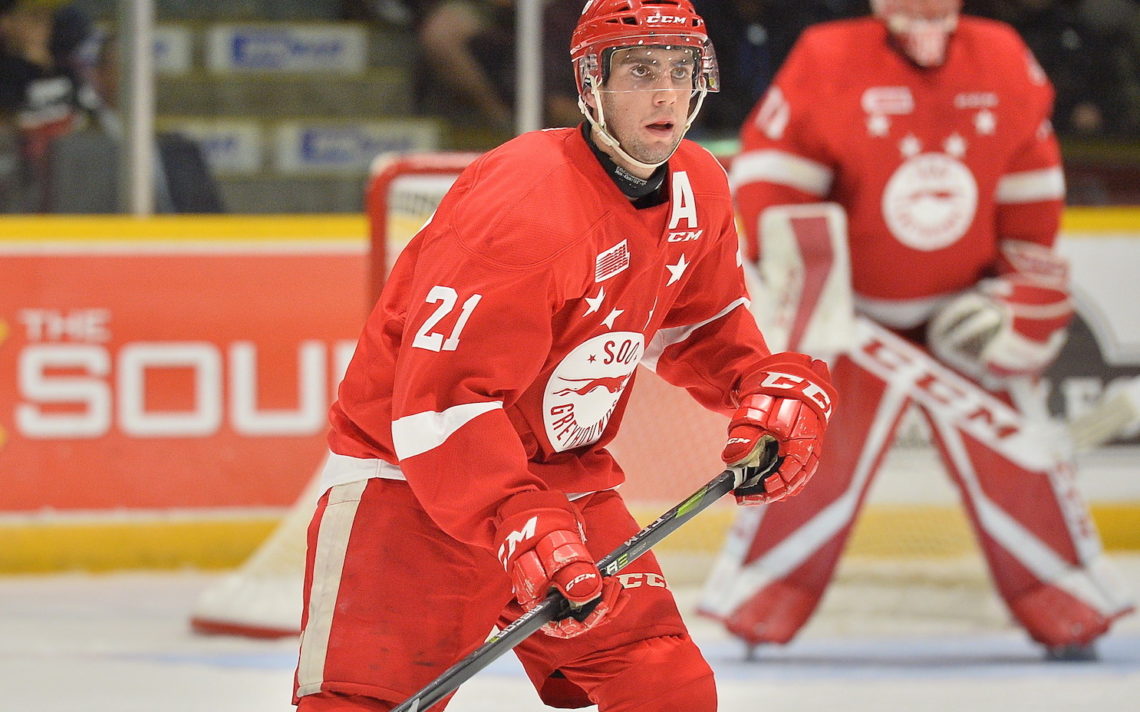 Timmins signs on with Avalanche

It has been a memorable past few months for Conor Timmins.

The 19-year-old Thorold native put his name on the map at the World Junior Hockey Championships in Buffalo over Christmas where he earned a gold medal and was one of Canada’s top players. Timmins recorded the highest plus-minus rating in the tournament with a plus-15 and was named one of the team’s top three players.

The Sault Ste. Marie Greyhounds’ defenceman followed that up signing a three-year entry level contact with the Colorado Avalanche worth up to $2.775 million.

“I was really excited. I was working hard towards that so for it to finally come together was definitely special,” Timmins said. “I had a feeling it was going to happen. I’d been in communication with them throughout the year and had a feeling after if had a good world juniors, something might be in the works.”

Timmins has six goals and 35 points in 30 OHL games this season. Colorado selected him with the 32nd overall pick in the 2017 NHL Entry Draft.

“Conor had a great training camp with us and we are excited with the growth he’s shown this season,” Avalanche general manager Joe Sakic said on NHL.com. “He’s had another strong year in the OHL and played important minutes for Canada’s gold medal team at the world juniors. We are proud to have him with our organization.”

Timmins, who continues to rehab an ankle injury he sustained in early January, was in St. Catharines with the Greyhounds last month where he was able to hook up with his agent and put pen to paper.

“It happened at Meridian Centre.  We did it during the intermission of the game so it was pretty cool to do it at home,” he recalled. “I was on a road trip on the team and I wasn’t really allowed to say anything at the time so we couldn’t do too much celebrating but my parents (Dan and Sandra) knew so it was good to go through it with them.”

Timmins is glad have the process out of the way so he can concentrate on getting back on the ice.

“I’m hoping to get back soon,” he said. “It’s still been pretty tough sitting out, but obviously with the team winning it’s made it a little easier.

“I’ve just tried to use the time to my advantage and get some much-needed rest and get some workouts in off the ice. It’s been a blessing in disguise, but at the same time, it’s also been really tough.”

The Greyhounds are in the midst of a memorable season. They are the top-ranked team in the country and have high aspirations of bringing home a Memorial Cup.

“We’re really excited. We have a really great team and excited to part of it,” he said. “We know that’s our goal (Memorial Cup) but we’re trying to take it step by step and worry about each game in front of us and if we take care of that they’ll come.”