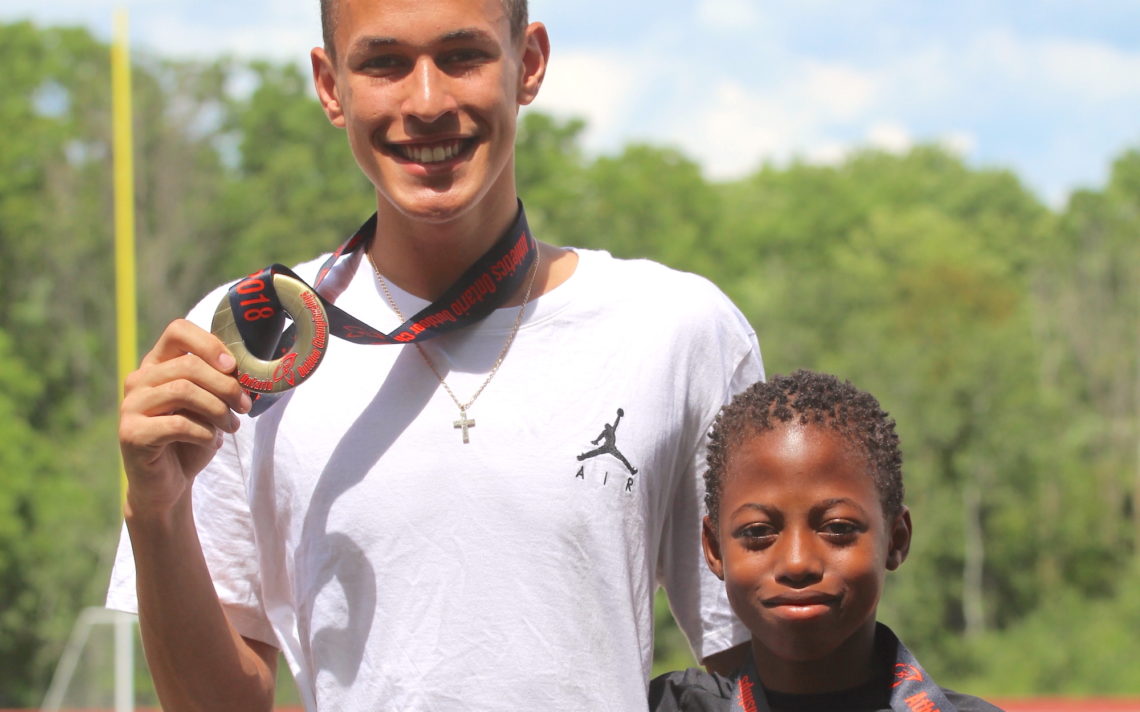 It was a special moment for a pair of Thorold brothers at the recent Athletics Ontario Bantam/Midget/Youth Track and Field Championships in Windsor.

The two brothers were delighted to pose for a picture with their gold medals around their neck after the competition had ended.

“The picture of us showing that we were both provincial champions is something that I can’t really describe with words,” DeAndre said. “It’s just crazy.” 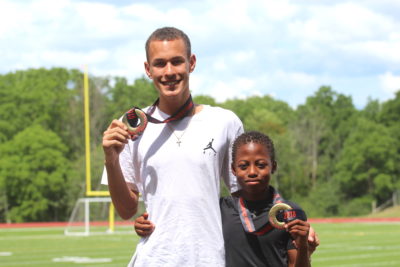 Tyrese followed his brother into track and field.

“I used to go to his competitions and stuff to see if I was interested in it and it turned out I was so I joined the track club,” Tyrese said.

The Grade 7 student at Ferndale Elementary School took an immediate liking to the sport.

“It was a lot of fun and I liked the competition,” Tyrese said. “And it was great to race against guys who were faster than me so I can get faster too.”

The brothers train with the Thorold Elite Track Club and DeAndre is predicting great things for his brother.

“He will be better than me,” he said. “Once he gets to my age, he is going to be something crazy.”

“Tyrese is very small, but he is fast and you can see that the speed that he has makes a huge difference in his long jump ability,” Thorold Elite coach Steve Fife said.

Tyrese thought that his speed would help, but he wasn’t anticipating a podium finish at the provincial championships.

“I wasn’t really expecting to do that well and I surprised myself with how I am doing right now,” he said.

It was a special moment when meet organizers hung a gold medal around his neck.

“I was so happy because I was the Ontario champion,” Tyrese said. “It was a new experience because it was my first year competing.”

There is no sibling rivalry for Tyrese and his brother.

“We just support each other and stuff,” Tyrese said.

That support will go a long way as Tyrese chases his short- and long-term goals.

“The next thing for me to do is to keep getting better and maybe I can make the Olympics when I am old enough,” Tyrese said.

He won the provincial long jump crown with a leap of 4.71 metres.