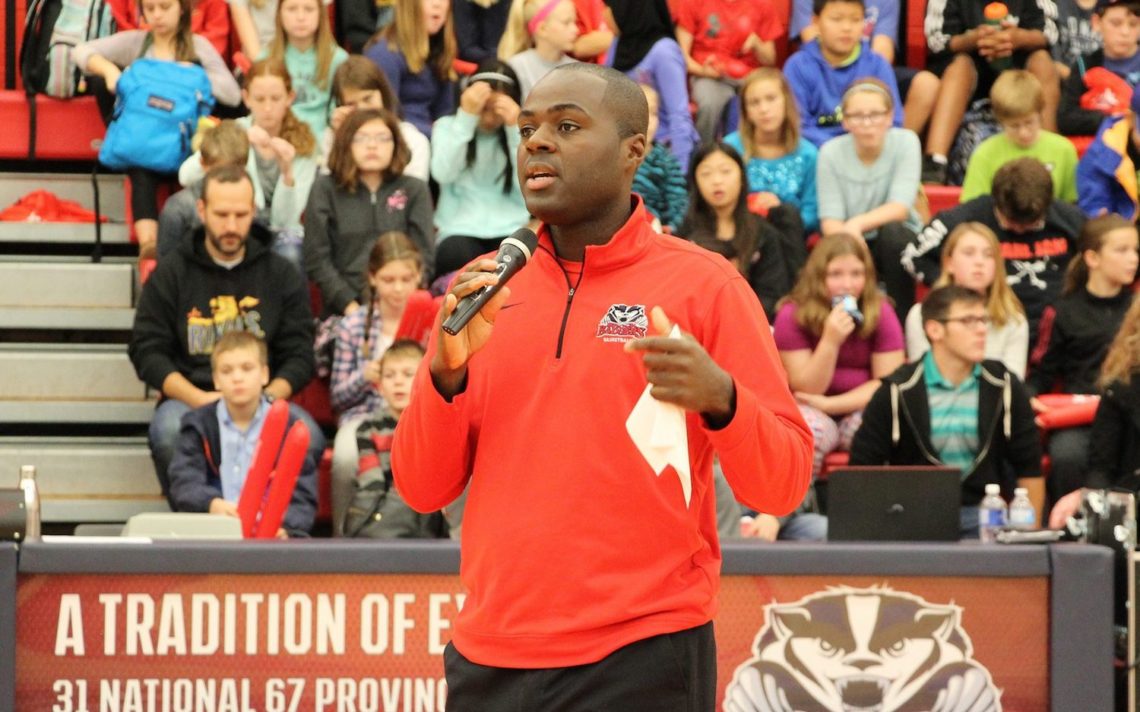 Kissi could be back

Charles Kissi can’t wait to started in his new position as an assistant coach for Raptors 905, but the former head coach of the Brock Badgers men’s basketball team is also leaving the door open for a possible return to the university.

Kissi was named to his new position with the NBA G League affiliate of the Toronto Raptors last week, but he and his family are remaining in St. Catharines and have no intention of leaving for the foreseeable future.

“I’m on a leave,” Kissi said. “It’s not like I’m gone for good. There is no option to move right now.

“We’re staying here. This is home. I will be here and be a part of this community. We’ve embraced it and like it. We have great neighbours and live in a great neighbourhood and the kids are happy.”

In a press release, the university stated the next interim caretaker of the Badgers men’s basketball team is expected to be named in the coming few weeks.

Kissi admitted it took some soul searching before committing to the Raptors.

“I wouldn’t say it was an easy decision, but it was an obvious one as far as the opportunity,” said Kissi, who joined Brock in 2013. “They don’t come along very often. I don’t know too many coaches in our league who had these kind of opportunities.”

Kissi felt the chance was simply too good to pass up.

“I talked to our guys about opportunity all the time,” he said. “Part of it is identifying it and not being afraid to take it. There’s always risk involved. It was something I felt I had to try.

“It’s going to be a great opportunity.”

Kissi is proud of his accomplishments at Brock. The team finished fifth at the U SPORTS National Championships last season. Overall, he compiled a 107-72 career record as the Badgers head coach.

“To come in five years ago and to take a program at the time which was basically on the ground floor and bring them back to national status is good,” he said. “I’m really proud of our guys, all of them, and also the guys I’ve coached with. They are part of that. I never lose sight of that.

“We’ve had four of five pretty great years building this program. It’s not done yet, but I always said when I leave this program has to be in better shape than what I found it in.”

Kissi said he never thought of Brock as a stepping stone to a higher level.

“It’s really trying to get better,” he said. “It’s not about me finding the next opportunity, it’s about taking this one and grow as a coach. Opportunities come from that but I’m not chasing anything.

“Sometimes people think of this as a plan or dream. I think people thought of this more than I did. I never assumed this would happen.”

Kissi worked with the Raptors since 2011, when he attended a coaching open house. He spent a year being mentored by former Raptors head coach Dwane Casey, attending practices, sitting in on film sessions, going to games and travelling with the team during their summer league and training camps. He has been connected to the organization ever since.

“I’m certainly ready for it and it’s a good time for me to do this.”