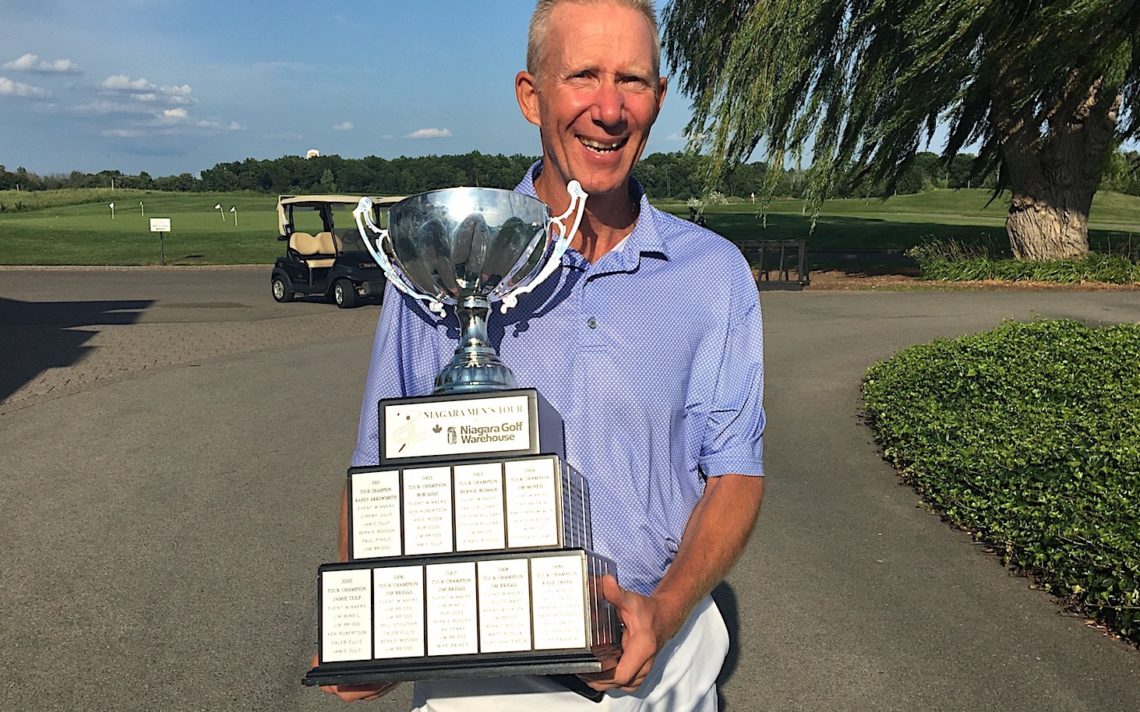 Derek Divok finally proved he can win on the road.

The 57-year-old St. Catharines resident has a pair of victories to his credit on the Niagara Men’s Tour at Hunters Pointe, but has never been able to win on another course until Sunday.

Divok fired a 73 at Grand Niagara to win the latest stop on the tour, edging out three other golfers by one stroke.

“I was a member (at Hunters Pointe) for 15 years and everyone said that was the only course you could win at because you play it so often,” Divok smiled. “It’s nice to win a different course.

“There was no home field advantage here. It kind of validates it.”

“I was pretty consistent,” said Divok, who now golfs out of Rockway Vineyards. “I had one double bogey (17th). I was right behind the tree. I had to finesse it and I didn’t finesse it too well.

“My game is basically hit it up the middle, hit the next one on, and two-putt. I keep it simple.”

Divok, who is in sales, wasn’t sure his round would be good enough to win.

Divok was concentrating on his game only.

“You really only know your own group. You have to play the golf course, so it doesn’t matter,” he said. “There could be someone four groups behind you shooting two under so you just play your game and the course.”

Divok enjoys playing on the tour.

He is able to balance being competitive with enjoying himself.

“I just like playing a little bit of competitive golf and they set it up well,” he said. Stew (McEachern) and Mike (Bedard) have done a fantastic job of organizing it. It’s fun. “It’s good and competitive and the prizes are good. You shoot your handicap or a decent score and you’re going to get your money back at the end of the year.”

The next tour stop is August 19 at Whirlpool.

Following are the top 10 finishers from Sunday’s stop.