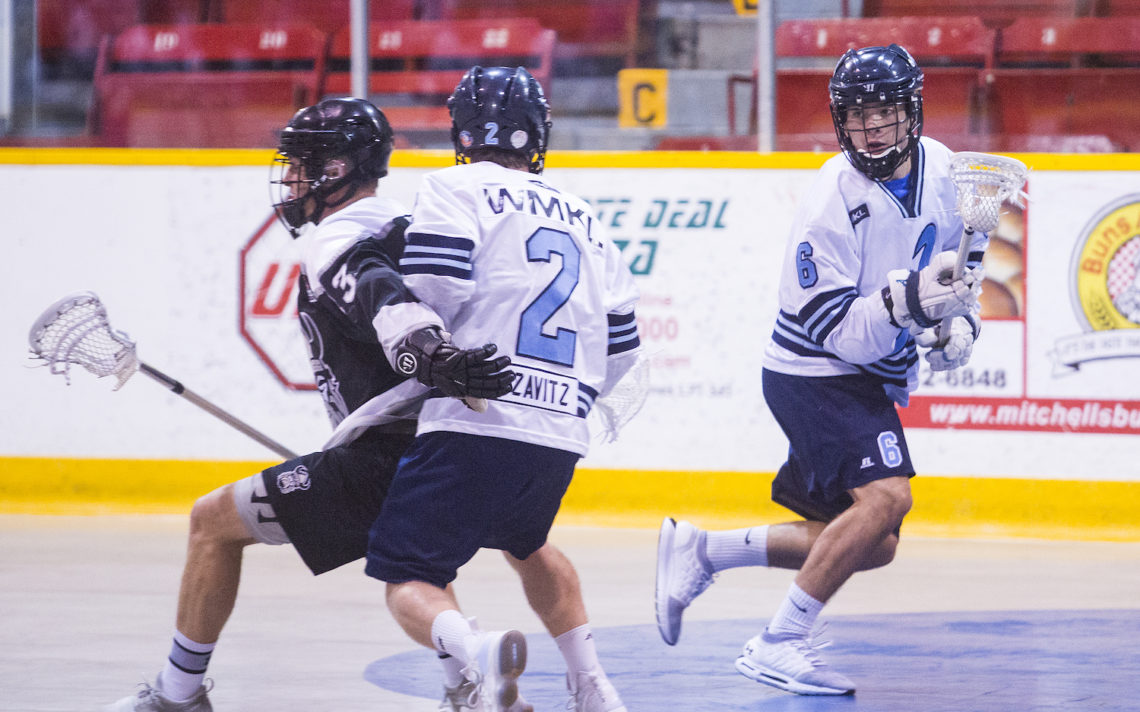 Sometimes it’s necessary to go through hell before getting to heaven.

The St. Catharines Athletics had their season come to an end with a 5-2 loss to the Orangeville Northmen Saturday night at Jack Gatecliff Arena.

The Northmen took the Ontario Lacrosse Association junior A best-of-seven semifinal playoff series 4-1 and advance to the league championship final against the Brampton Excelsiors, who swept Toronto Beaches in their semifinal series.

It was a disappointing way for the A’s to be eliminated — two goals won’t win games at any level — but the big picture must be kept in mind.

“I said to the boys in the room, ‘This isn’t going to be the worst loss of your life,’ ” A’s coach Steve Toll said. “You’re going to lose a Mann Cup championship or an OLA championship. This was a second-round series.

“Sometimes you have to learn to lose before you can win. The boys haven’t lost this deep in the playoffs before.” 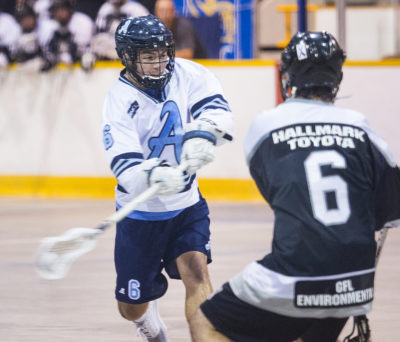 The Athletics had a huge turnaround season, qualifying for the playoffs and once again establishing themselves as a winning organization after some lean years.

“I’m a competitor through and through, and so are the boys,” Toll continued. “Going in after last year finishing ninth, I always have high expectations of myself and my team. I think we achieved our goals. I’m proud of the boys. We worked hard for five games.

“Would we have liked to won this round? Yes. Do I think we are just as good as them? Yes. Their goaltender (league most valuable player Rylan Hartley) didn’t let anything bad in. We couldn’t get anything by him.”

The future looks bright, with the core of the club back for next season — the only regulars lost to graduation are defender Alec Tamas and sniper Jeff Wittig.

Tamas, who wore the captain’s C while Latrell Harris was away at the World Field Lacrosse Championships, took the loss particularly hard.

“It’s tough. It’s been the best five years of my life,” Tamas said, trying to keep his emotions in check. “These guys are my brothers. It was an honour to be able to play with them. 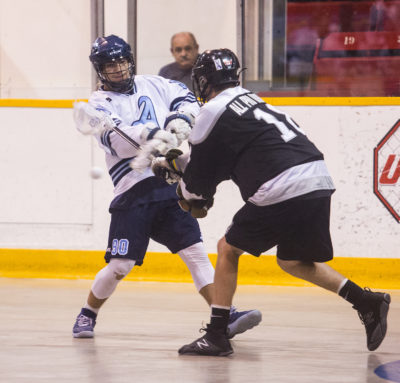 Tamas has high hopes for the A’s going forward.

“I know us 97s (1997-born players) really hope we taught the younger guys a lot and they can use that experience going forward, and hopefully bring back a championship for this city because this city definitely deserves one.”

Wittig, too, has high expectations for the A’s going forward.

“I think it’s about winning a playoff series and winning games in the playoffs,” he said. “We never won a game in the playoffs for the last however many years til this year.

The game was tied 1-1 after one. Orangeville built a 5-2 lead after two periods and netted the lone goal of the third.

Liam Ham and Carter Zavitz replied for the A’s.

The Northmen took Game 4 7-4 in Orangeville.

The game was tied 1-1 after one. Orangeville built a 5-2 lead after two periods and netted the lone goal of the third.

Liam Ham and Carter Zavitz replied for the A’s.

The Northmen took Game 4 7-4 in Orangeville. 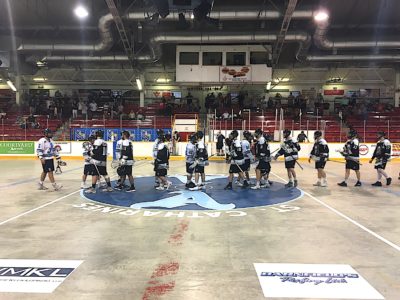