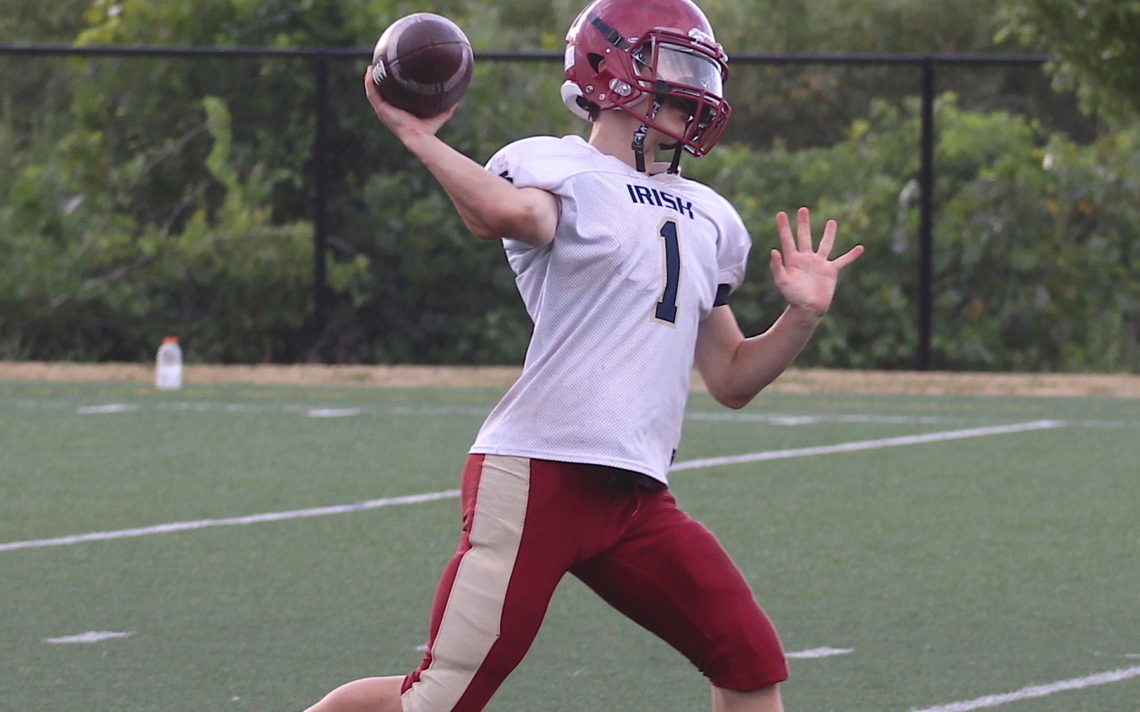 Scoring for Niagara were Josh Boyle on a 40-yard pass from Bryce Livingston and Team Ontario member Tal Ibrahim on a 10-yard run.

Second-place Clarington finished the regular season at 7-1 while Niagara was third with a 4-3 record.

“It was a back and forth game,” Niagara head coach Gerry DiSanto said.

Niagara led 7-6 at the half in the game that featured a one-hour rain delay. The Spears grabbed a 14-6 lead at the end of the third quarter and that held up until Clarington scored with a minute left in the game. After a failed two-point convert and on-side kick, the Spears took over with 30 seconds left in the game. With both teams out of timeouts, Niagara took three knees to end the game. On the final knee, a melee broke out.

“They rushed our players and there was a little bit of a brawl,” DiSanto said. “We got everyone to the bench and everyone was fine. We just stood tall.”

Niagara will not be facing any suspensions as a result of the altercation.

The Spears will play unbeaten Vaughan Sunday at 1 p.m. at Tim Hortons Field in Hamilton.

DiSanto believes his team has a chance to knock off Vaughan.

“The last time we played them we had a smaller number of players and it was a really hot day so most of our kids were dehydrated and what not.”

The Spears ended up losing the game 29-0.

“Vaughan has blown out people by 63-0 and 59-0. It looks like there is not even another team on the field, but we are the only team that keep them to a full game,” DiSanto said.

DiSanto always had confidence is his squad to make the finals.

The Tiger-Cats advance to play the Sun Devils Thursday for JV Elite Championship.

The game was forfeited by Welland at half-time.