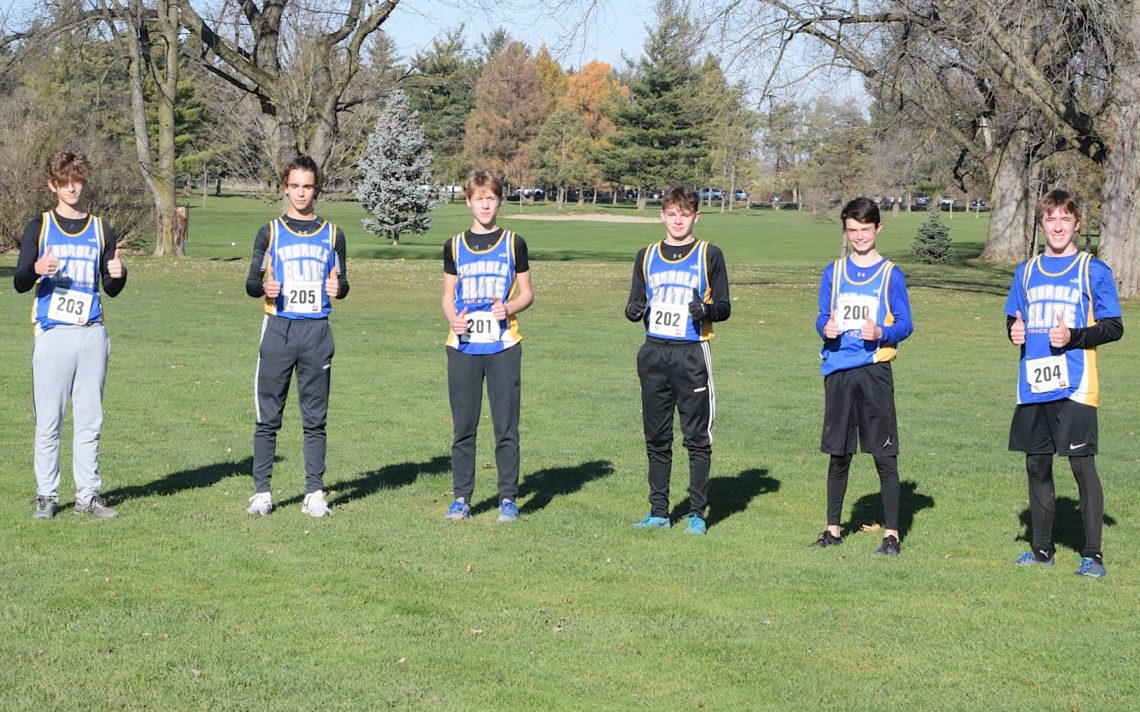 The team, made up of Matthew Kleinsmith, Owen Munnings, Fenway Breckels, Hayden Molnar, Sammy Tonnies, and Sonny Leblanc, was three short of the allowed roster but still managed to finish second.

“We had several runners who unfortunately didn’t race at all as their families didn’t want to travel out of the region, even to London, but we had a lot of faith in the boys who were running and were optimistic that they could pull off a podium performance,” Thorold head coach Steve Fife said.

The Thorold Elite team earned silver with a combined score of 36 points. Laurel Creek, based in Waterloo, won gold with 25 points and London/Western took the bronze with 45 points. The final team score is calculated by adding the placements of the top four runners on each team so the lower score is better.

“The coaches are very proud of the improvements that their runners have shown over the past few months, despite the restrictions that came with training through COVID-19,” Fife said. “Our athletes beat many runners who were beating them last year, which reinforces that we are doing the right training and that with commitment and determination, you can go from a middle-of-the-pack runner to a top-of-the-pack runner.”

Helping Fife coach the team is Cheryl Rosts. Rosts, a retired elementary teacher who has a background in long distance running, including triathlons and marathons.

Though based in Thorold, the team is regional in nature and trains in  Thorold, St Catharines, Niagara Falls, and Welland to ensure that training is accessible to all of its members.

“Our U16 boys team alone represents seven different high schools and contains athletes from Port Colborne to Dunnville, but when they come together and train together they all mesh and we love seeing the camaraderie and the team aspect,” Fife said.

In a normal year, Athletics Ontario would have staged one provincial meet but because of the pandemic, the organization decided to hold three meets in London, Markham, and Brockville in order to limit non-essential travel and keep numbers within allowable limits. Due to concerns about Toronto being in the red zone, Thorold Elite runners, like many other athletes from Niagara and southern Ontario, competed in London.

The team had hoped to compete in the National Cross Country Championships Nov. 28 in Abbotsford, B.C., but that event was cancelled. Last year, the Thorold under-16 boys won a bronze medal at nationals.

Next on the calendar for the Thorold Elite runners is a Holiday 5K Race on Saturday, Dec. 12. along the Welland Canal Parkways Trail. The race starts at 12:25 pm from McMillan Park in Thorold and registration and bib number pickup opens at 11 a.m.

The entry fee is $20 plus a donation of at least one non-perishable food item, toy, or article of clothing. These items, as well as half of the entry money raised, will be donated to Community Care of St Catharines and Thorold. The rest of the money will be used to help fund the club’s winter training.

The race will follow the Athletics Ontario return to competition guidelines for road and trail racing as well as provincial and local safety protocols. It is open to all ages and registration is to be completed online at www.trackiereg.com/tetc5k. Athletes will start in smaller waves based on their estimated 5K seed time to limit numbers and maintain distance.