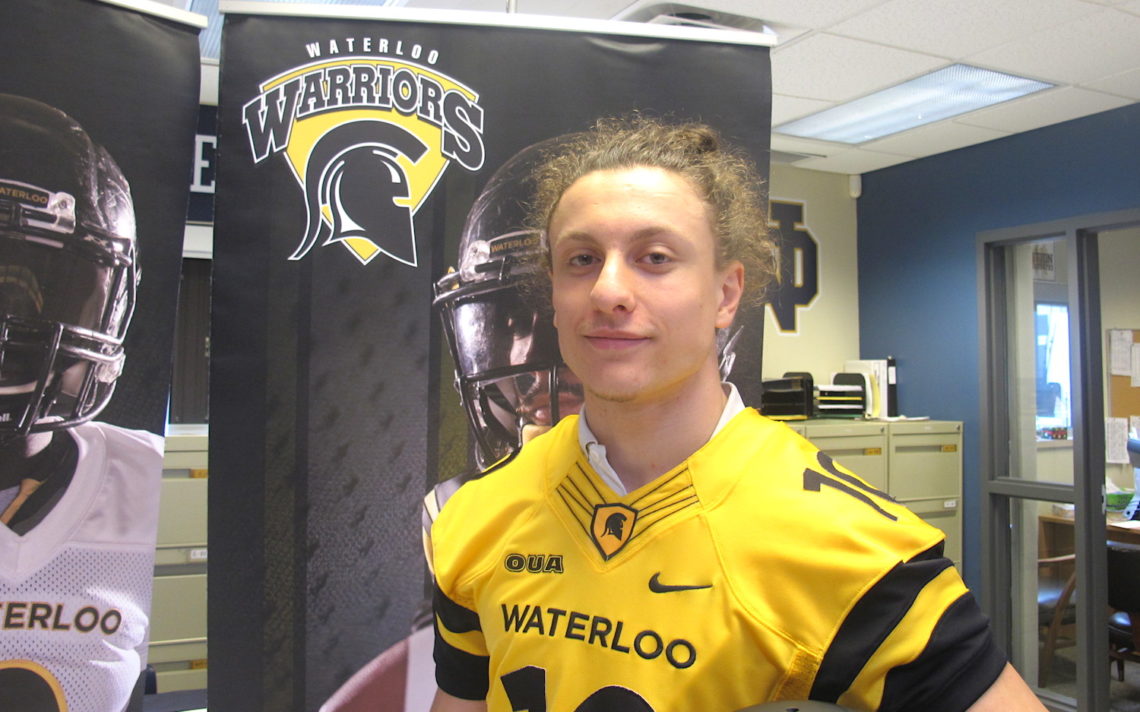 Justin Succar will be playing football at the University of Waterloo this fall.  Photo by BILL POTRECZ

Four years ago, Justin Succar tried out for the junior football team at Notre Dame hoping to make the squad as a kicker.

“I originally wanted to be a kicker because I was into soccer,” Succar said.

As fate would have it, Succar was thrust into the backfield due to an injury and quickly gave up the idea of kicking. 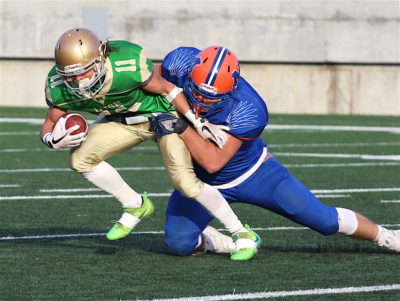 “It (kicking) went right down the drain,” he smiled. “I got my first rep at running back and had a good game and that’s when I really started to like football and started playing.

Fast forward and Succar, now a 17-year-old, Grade 12 student, has signed to play at the University of Waterloo starting this fall.

Succar signed on the dotted line Wednesday in the guidance office at Notre Dame with his parents, Sam and Catherine, coaches and teammates looking on. 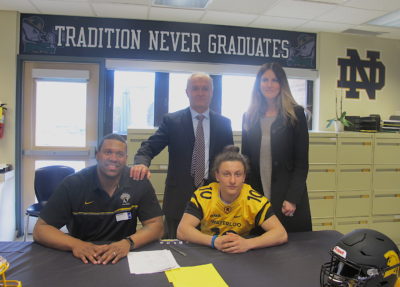 “Right from Grade 10 I knew I wanted to go to Waterloo because of their academics,” said Succar, who plans to major in computer engineering. “It’s pretty intimidating but it’s my dream and I really wanted it.”

Succar, who also plays for the Niagara Spears in the summer, said he began to get feelers from university coaches last season.

“I talked to a Western scout after a really good game I had (with the Spears),” he said. “I never thought about university ball until that moment. More scouts then started talking to me after games and I thought it would be a good possibility.”

Notre Dame coach Chris Biggar was proud of all the hard work Succar put it. 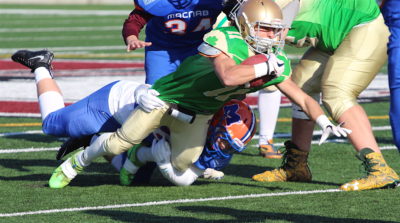 “It’s nice to see guys who put in a lot of time on and off the field be able to achieve something they have been looking forward to,” said Biggar, who is an assistant on head coach Tim Bisci’s staff. “It’s great for him and his family and it’s great for Notre Dame as well.”

Biggar saw a great deal of growth from Succar in his two years of senior.

“Seeing him in junior obviously he had two successful seasons and then when he came to senior he put a lot of time in the weight room and playing summer football also,” Biggar said. “By the time this year came around it became evident playing at that level was something he could strive for to achieve.”

Succar, who was Notre Dame’s starting running back and also returned kickoffs, appreciated all the work Bisci and Biggar did with him.

“It helped so much,” Succar said. “A shout out to my coaches who taught me so much. I learned so much pretty quickly and I feel it’s prepared me for the next level.”

Succar is only 5-foot-9, 165 pounds, but doesn’t seem the least bit intimidated heading into university where he will be squaring off against older and bigger opponents. 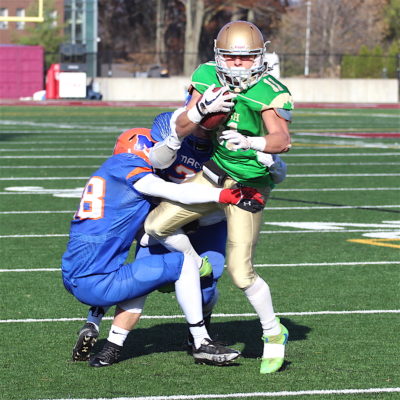 “You can’t measure a kid’s heart,” Adams said. “We’ve seen Justin play several times and his coach speaks very highly of him. We know what he’s made of and know how he’s built.

“We don’t look at size as the determining factor. It’s how hard he plays and how he fits and being a great student in school. It’s a combination of things. You can’t judge a book by its cover. You have to watch the film and scour through and see how he works.”