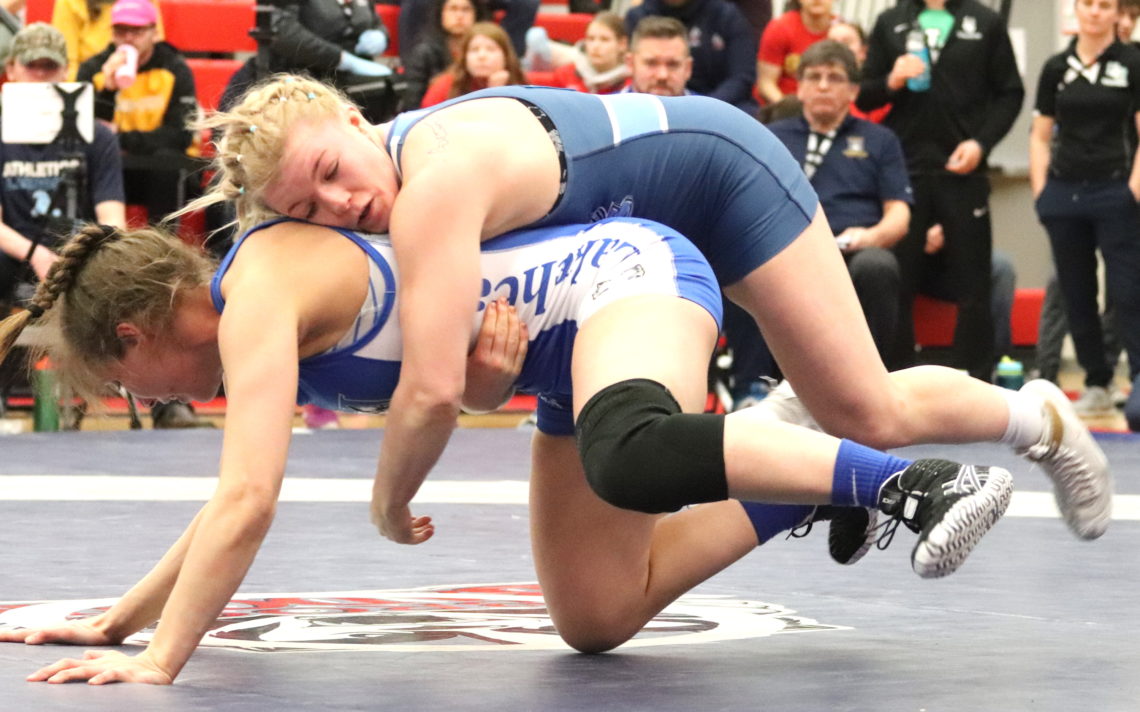 Hannah Taylor was a Canada Games athlete for all seasons.

The bronze medalist at the 2019 under-23 world wrestling championships competed in wrestling at the 2013 Canada Summer Games in Sherbrooke, Que., and then represented Prince Edward Island in judo at the 2015 Canada Winter Games in Prince George, B.C.

Her first experience was the most memorable. The then 15-year-old was chosen to carry the flag for her province at the opening ceremonies.

“When I was selected, I felt extremely supported and motivated to make P.E.I. proud by performing,” the 21-year-old Summerside, PEI, native said. “I remember walking out into the stadium for the opening ceremonies in all of my P.E.I. team gear with all the island athletes following me.

“We marched into the stadium of thousands of spectators and other athletes and then enjoyed the ceremony and entertainment planned by the host committee before refocusing to compete in the following days.”

Competing in Quebec against athletes who were going into Grade 12, Taylor still managed to win a silver medal. She lost in the final to future Brock teammate Julie Steffler, after defeating her in pool action.

“That was my first experience competing in a multi-sport Games let alone a national competition and it was such an amazing opportunity to showcase my talent,” the three-time U SPORTS champion said. “Being from Prince Edward Island, we didn’t have many medal hopefuls and when I claimed a silver medal it was pretty big for my province.”

Her and another female wrestler won the province’s only two medals at the 2013 Games.

“Just showing that P.E.I. was competitive at that level was something that was super important to me.”

She recalls the crowd at the event.

“It was the first time that I had a big crowd behind me.”

Taylor stayed in the athletes village at Bishop’s University’s campus.

“It was so cool. You got to intermingle with different provinces and different sports along with people from your province,” she said. “It was great to meet different people and learn about difference provinces in that way.”

At the athletes village, she shared a room with the other two females on the wrestling team.

“He wanted to make sure our focus was on the competition,” she said. “However, after our competition we were able to and I traded a sweater and a couple of other items.”

She was lucky enough to acquire a rare Nunuvat pin; scarce because there were so few Nunavut athletes at the Games.

There were a number of activities at the village for the athletes.

“There were a couple of dances and interactive activities,” the Brock sport management student said. “They had places where the athletes could hang out as well as the meal hall which was a good place to hang.”

“I joined judo because there weren’t any training partners for myself in wrestling,” she said. “I figured wrestling was a good crossover sport and I knew the coaches.”

The coaches offered to take her to the Canada Games if she showed she was at the level the Canada Games athletes were at. Taylor fast-tracked her certifications for her belts and became a Canada Games judo participant less then a year after she first took up the sport. She won three tournaments in the Maritimes in the lead up to the Games.

She admitted to feeling like a bit of a poser competing at the Games.

“I didn’t know all the terminology because I believe it’s in Japanese so when my coaches would yell a certain move I wouldn’t really understand it so I just kind of used my wrestling background and my ability to throw as a wrestler.”

Prince Edward Island’s 2019 female athlete of the year didn’t win any matches but her performances were good enough to qualify for the bronze-medal match, which she ended up losing.

“I remember how hyped judo is.”

Judo is a sport where if you can get standing to back technique or complete control the match is over no matter where you are at.

“Seeing people go for these huge throws and doing them successfully, I remember hearing the slap of the mat and how excited people would get,” Taylor said. “Because the mats are a lot harder than wrestling mats, it made for a louder sound. You would hear a big slap of the mat and everyone would go wild because they knew that individual had just won.”

Unfortunately for Taylor, she was on the wrong end of that momentous noise.

The highlight of staying in the athletes village in Prince George was a concert that included Maritimes rapper Classified and Canadian electronic music group A Tribe Called Red.

“That was an amazing experience and I remember how awesome that was along with the pin trading and all that stuff.”

Both her Canada Games experience were pivotal moments in her career.

“To be exposed to two multi-sports Games at such a young age was incredible,” she said. “Since then, I have got to compete at the Pan American Games and other large international tournaments.”

Competing at the Games at such a young age opened Taylor’s eyes to the opportunities that sport could present.

“It was fun, it was exciting and it was a lucky opportunity we were given as athletes,” she said. “I just wanted to keep training so I could get more experiences like it.”

She can’t wait to watch the Canada Games unfold in Niagara in August of 2021. 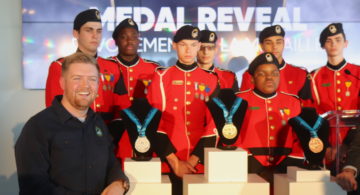 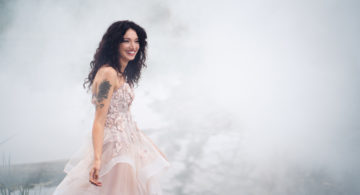 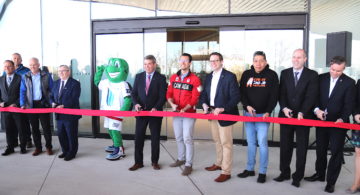