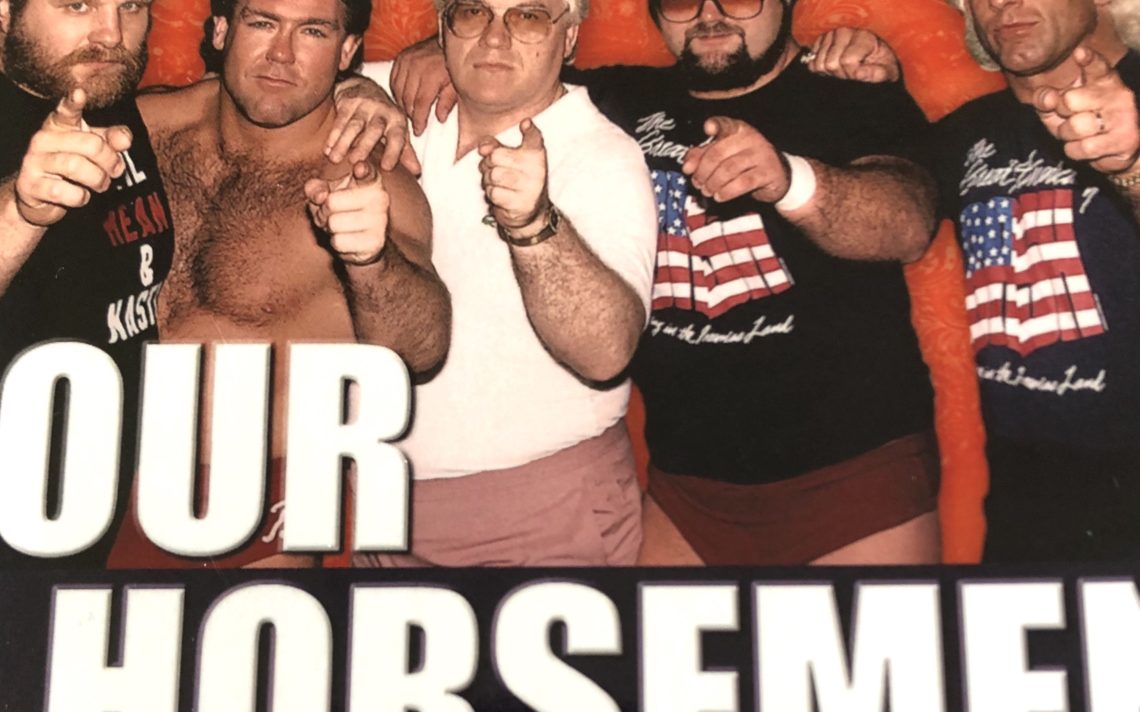 Blading with Bill: The Four Horsemen

Anyone who watches professional wrestling is well aware of the importance of stables, groups of wrestlers who band together for a common cause.

Some of the most exciting moments in wresting history can be traced back to storylines involving stables.

The heel turn of Hulk Hogan and formation of the New World Order, D-Generation X, Evolution, the Dangerous Alliance — the list goes on and on.

But the stable that set the bar for all others are the Four Horsemen.

The Horsemen were formed in 1985 following a cage bout in Atlanta that saw Ric Flair and Ole and Arn Anderson turn on the American Dream Dusty Rhodes in one of the most memorable and violent angles of all time. To this day, the match remains a classic moment in pro wrestling history as fans began to rush the cage and riot.

Arn Anderson has stated on more than one occasion he was scared for his life as he made his way back to the dressing room, and were it not for a about a dozen local police officers who were hired as security, doubts he would have made it back without serious injury.

It was that real and that good.

Soon after, Tully Blanchard and his manager, James J. Dillon, joined the two Andersons and Flair for a televised interview. At some point, Arn Anderson blurted out, “Not since the Four Horsemen of the Apocalypse have so few wrecked so much havoc on so many.”

The next week fans were flashing four fingers and the Horsemen were born.

As mentioned, the Andersons, Blanchard and Flair formed the original lineup.

Generally, the first incarnation of most things are the best. Sequels almost never live up to the originals.

But in the case of the Four Horsemen, the best was yet come.

Many regard the original lineup as the best, and there is certainly an argument to be made. The Andersons were a classic tag-team, no-nonsense duo who were tough as nails, while Blanchard and Flair were as good at generating heat as anyone in the business. All four could talk and all four could wrestle.

As Flair once said, “There isn’t a gelding in the bunch.”

But Ole Anderson was getting on in years and didn’t want to commit to the grind so Lex Luger was brought in as associate Horsemen and groomed for Anderson’s spot down the line.

Luger eventually took Ole’s spot, but as great as Luger looked — he had the best body in the business at the time and was a former pro football player — he was mediocre on the mic and certainly couldn’t keep up with the others in the ring.

The Horsemen quickly devised a plan to rid themselves of Luger and boot him out of group. Luger would go on to several memorable matches with Flair for the NWA title, but never beat The Nature Boy for the belt.

For a short time, the Horsemen were down to three, but in April of 1988 Barry Windham was persuaded to join the group. In one of the greatest surprise heel turns of all time, Windham turned on Luger in their match with Arn Anderson and Blanchard. The Horsemen regained the world tag team titles in that match and Windham became a Horseman, shocking the wrestling world.

This incarnation of the group — Arn Anderson, Windham, Blanchard and Flair — is my all-time favourite. Windham was superior to Luger in the ring and on the mic and also a perfect fit outside the squared circle where he could party with the best of them and still deliver a five star match every time.

No group of four wrestlers — then or now — could match this quartet for their overall excellence.

When the Horsemen were inducted into the WWE Hall of Fame, it was this version of the group who were chosen.

The Horsemen would go on to have several other members, some good, some not so good, but this was their apex.

Next week: My Mount Rushmore of Heels.