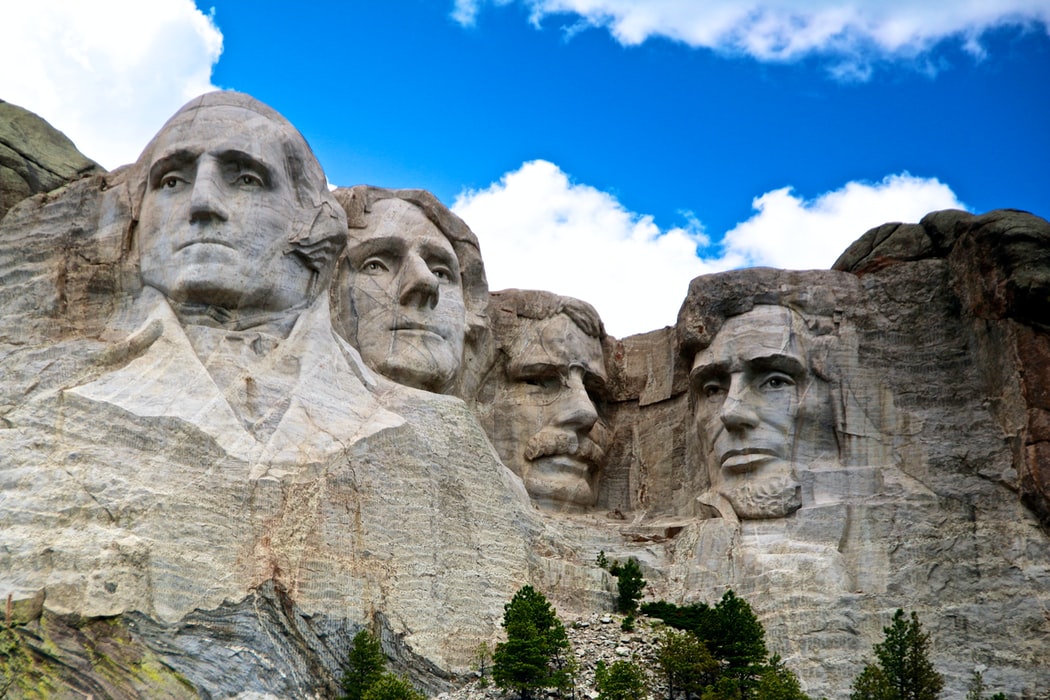 This week’s Mount Rushmore of pro wrestling features my top four announcers of all time.

Like a pro sports radio or TV personality, a good announcer can put the product over the edge, in both a positive or negative way.

Let’s face it, fans love to criticize hockey, football and baseball announcers and wrestling announcers are no different.

My first recollection of pro wrestling was on CHCH TV out of Hamilton with Billy (Red) Lyons, Sandy Hoyt and Lord Athol Layton. This was low budget at its best but it was cool and those three were memorable.

Who can forget Lyons’ trademark, “Don’t you dare miss it!”

Anyone who has read this column knows I am pro-National Wrestling Alliance so it’s no surprise my favourites are from Jim Crockett Promotions and the Mid-Atlantic territory.

Having said that, there are other announcers I quite enjoyed such as Larry Nelson and Ken Resnick from the American Wrestling Alliance, Tony Schiavone from JCP, and Ed Whalen from Stampede Wrestling out of Calgary. Whalen, who was also a legendary play-by-play announcer for the Calgary Flames, was great on the mic. His sayings such as, “There’s a malfunction at the junction,” or his trademark sign off, “In the meantime, and in-between time,” were so cool. He came awfully close to making the cut.

I also loved Jesse (The Body) Ventura. He was the last to be cut. He was a great heel announcer and had great verbal battles with his broadcasting partners.

I also chose not to include those who were not full-time announcers such as Bobby (The Brain) Heenan, Vince McMahon (hated him anyway), Eric Bischoff (hated him too), Jim Cornette (loved him) or anyone who also had other roles at the time they were broadcasting.

This one is for full-time broadcasters only.

Old JR is known to fans of World Wrestling Entertainment as their lead announcer in the 1990s and into the 2000s. But before his stint with WWE, Ross made a name for himself in the National Wresting Alliance. His southern drawl was perfect for that market, as was his laid-back disposition. Ross was knowledgable, passionate and clearly loved what he was doing. He occasionally went overboard but that was part of selling the angle. His podcast, Grilling JR, is highly recommended listening.

The standard by which all others are judged. 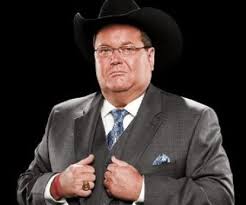 Fans of the WWE, or before that, the WWF or even the WWWF, likely have never heard Caudle call a match. What a shame. Caudle, who could easily be mistaken for the friendly gentleman who worked at your neighbourhood hardware store, was the voice of Mid-Atlantic Championship Wrestling in the 1970s and 1980s.

He called the matches right down the middle, treating every bout as though it was life and death. His professionalism added greatly to the presentation.

I loved his introduction as Ric Flair made his way to the ring at the Great American Bash in 1988 for a title defence versus Lex Luger.

“Ric Flair, tremendous ego, but a great amount of ability. Competing against the best to be the best. He doesn’t believe there’s a man that walks the face of the earth who can pin his shoulders to the mat for the count of three.” 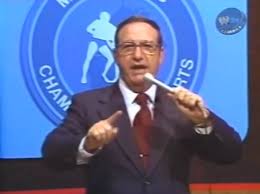 Francis Jonard Labiak (easy to see why he changed his name) passed away in 2000, but in the 1970s and 1980s was the gold standard, calling matches for Championship Wrestling from Florida and later the NWA. He was known through the United States for his work on Superstation WTBS, which was beamed across the country.

He was also unique, referring to bloodied wrestlers as “wearing a crimson mask” and calling a suplex a “su-play” for some reason.

Like Caudle, he didn’t overdo it and called the matches properly.

Ross, who induction Solie posthumously into the WWE Hall of Fame in 2008, cited Solie as his main influence.

Check out his work. It’s worth the effort. 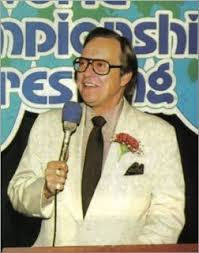 It’s hard to imagine any wrestling fan not knowing or liking Gene Okerlund.

Okerlund worked for all three main promotions and was a star in every stop along the way. Ric Flair tells in his book one of his biggest suggestions when he returned to WCW was to bring in top-notch announcing talent and Okerlund was at the top of his list.

Okerlund, who was universally respected, was professional without being boring and even had a sense of humour that came out once in a while in an interview. He was a master at in-ring interviews and smooth as silk.

Okerlund, who was given his nickname of Mean Gene by Ventura, was also close with the Iron Sheik, who often referred to him as “Gene Mean.” 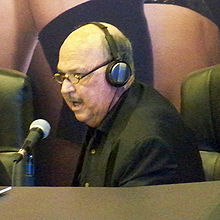 This is the final Blading with Bill column. Next Friday Inside Baseball will debut.