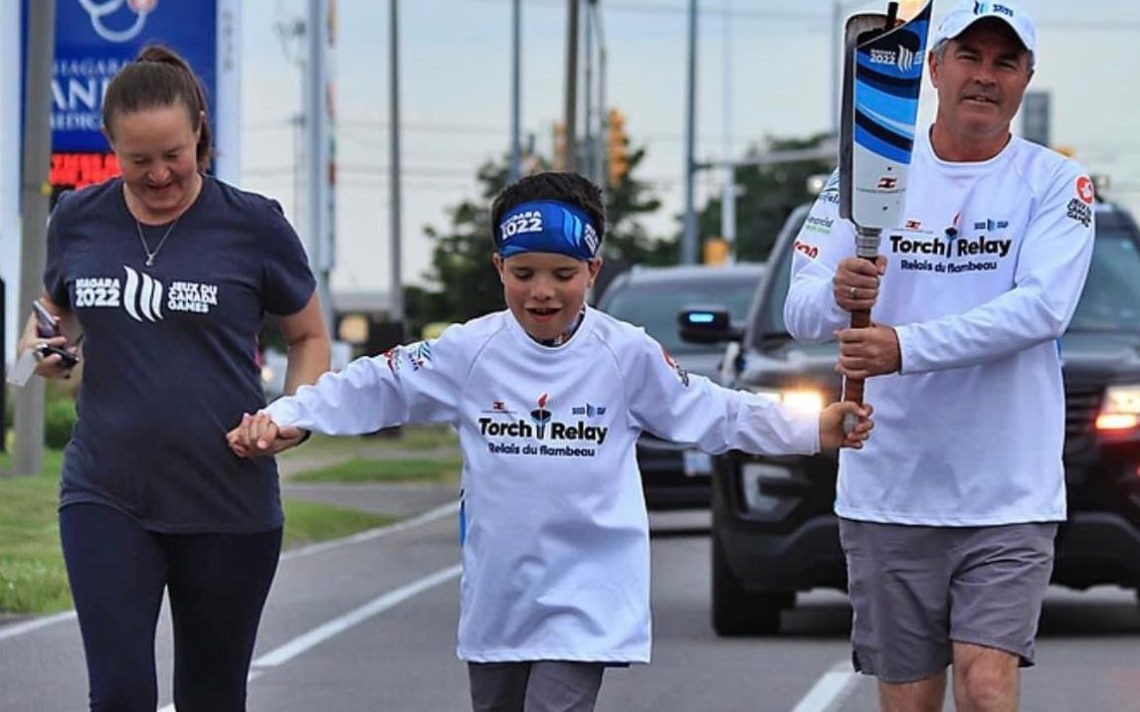 Mike Strange’s illustrious amateur boxing career included appearances at the 1992, 1996 and 2000 Summer Olympics and gold medals at the 1994 and 1998 Commonwealth Games.

For the 51-year-old Niagara Falls native, it all started as a 16-year-old athlete in 1987 when he represented Team Ontario at the Canada Winter Games in Cape Breton, N.S.

“It was my first Games where it was multi-sport so it was cool that way. It wasn’t just boxing and you represented a team. You got the uniforms and the luggage and all that sort of the stuff. You had the Opening Ceremonies and Closing Ceremonies and I remember thinking it was amazing,” he said.

It was a major stepping stone for what would come in the future for Strange.

“It prepares you for bigger Games like the Commonwealth, Pan Ams and Olympics,” he said. “You can lose focus sometimes when there are other sports and girls or whatever it is. It gets you used to focusing on your sport but still enjoying it as well. You can get overwhelmed at the Opening Ceremonies and I know that happened to a couple of wrestlers at the Olympics.

“It’s those smaller Games which you think are huge at the time that help you get through the bigger ones in the future.”

Strange qualified for the Canada Games by winning the 106-pound division at the Ontario Games. He beat Domenic Filane, a two-time Olympian who would go on to become Strange’s national team roommate, in the Ontario semifinals and then beat Barry Christie in the final.

In Cape Breton, he defeated John Stevenson in the semifinals and lost to Corey Burton, a former national team member, in the final. By the time Strange’s career ended, he ended up beating Burton three times.

He has many fond memories of the Games.

“They had bunk beds in a high school gymnasium and the boxing team was all together. I was on the team with Billy Irwin and Tom Glesby so you never knew what was going to happen.”

The highlights were many.

“It was being around not only the boxers but athletes in other sports. It was cool to be part of something bigger than the sport of boxing.”

In Cape Breton, his parents had to rent a motor home because there weren’t enough accommodations.

Catriona Le May Doan, a two-time Olympic speed skating champion, was one of his fellow competitors at the Games.

“I don’t think she even won the gold medal and for her to go on and do what she did was amazing. It is a very important sporting event for Canadian athletes who are at that level and want to go on to the next level.”

“I was kind of blushing and she told me we were both part of the 1987 Games. She is my all-time Olympic sweetheart. She is awesome and she represented Canada so well.”

In addition to being a member of the bid committee, Strange took part in the 2022 Canada Games Torch Relay in Niagara Falls.

“It was great. I have been a flag bearer but not a torch bearer so it was kind of cool.”

Strange is looking forward to attending the Opening Ceremonies, watching some baseball at Oakes Park, golf at Legends on the Niagara and wrestling at Canada Game Park.

“It has been such a delay getting these Games here and people should come to watch the athletes and check out the facilities. Even Oakes Park is such a beautiful field and they redid the dugouts and stadium. And you know there are going to be some future Olympians here who will do really well in the future. Come and check them out. You can see them firsthand right now and in another four to eight years, you will see some of these athletes on the Olympic podium.”

Strange can’t wait for the Games to begin.

“It is once-in-a-lifetime. You will never ever see the Canada Games come back here so check it out this summer.”

He is also thrilled for what the Games will do for Niagara during and after the competition.

“The facilities and infrastructure are great and it is going to be such a boost to the economy. The parents and everyone are going to want to come down and watch. It is going to be exciting.”