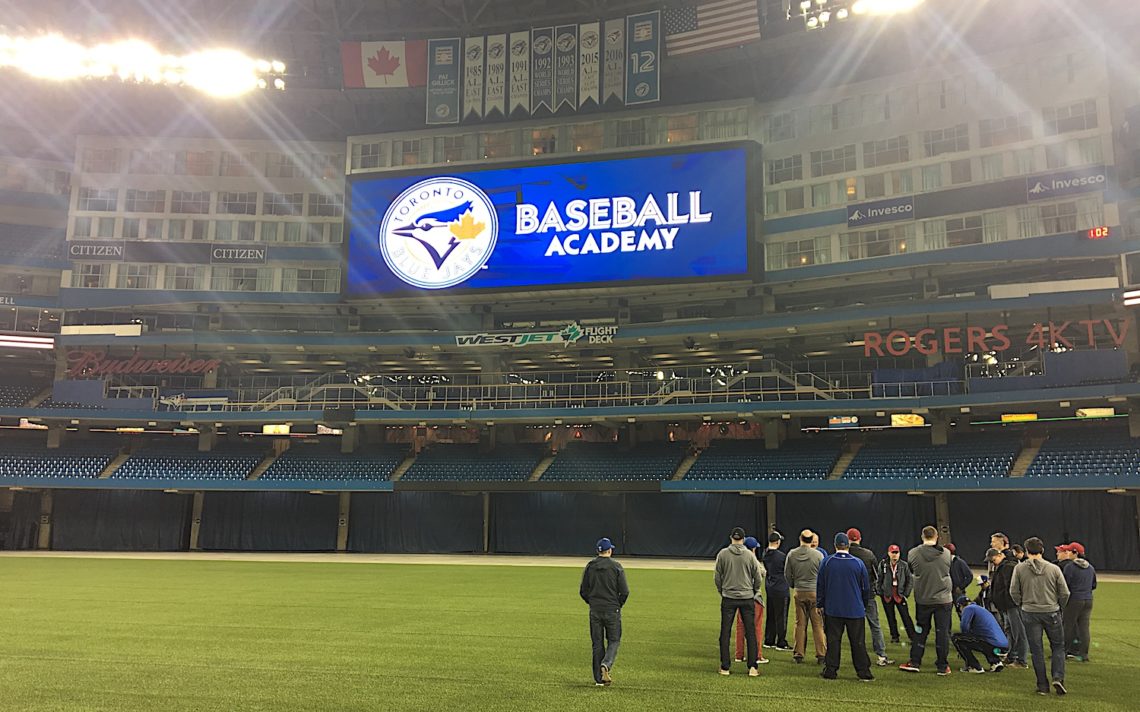 There’s nothing quite like a day of baseball in the middle of a cold, miserable winter.

Thanks to the Greater Niagara Baseball Association, 10 local coaches had the opportunity last week to attend the 2018 National Coaches Clinic at Rogers Centre.

GNBA director of coach development Geoff Allen suggested the costs of the clinic to be covered in order to persuade as many coaches as possible to attend. The organization agreed and picked up the tab of $1,500.

“We recognized that you have to sink money into coach and player development,” Allen said. “There is no player development without coach development. Anytime you can go to a clinic like that where you have ex-big leaguers and managers talking you’re definitely going to pick something up.

“The more coaches we can send to things like that, the more they can bring back.”

Many Canadian baseball programs have seen players — from all age levels — leave their hometowns in order to play with a perceived better program.

Allen would love the see that stop.

“I think that’s the biggest thing. When a parent asks me advice about their kid’s baseball career I always tell them to go with the best coaches,” he said. “Who is going to develop you the furthest? It doesn’t matter what the cost is. You can pay $10,000 but if you’re goal is to play college baseball I would want to play for someone who could get me there.

“You have to balance the cost and the best coaches.”

As the manager of the Niagara Falls Falcons minor midget team, I was anxious to be part of the day and it certainly didn’t disappoint.

The weekend began Friday with courses for those coaches who needed to be certified followed by an intense round of instruction and question and answer with several former major leagues and current minor league managers.

The fact the sessions were held in right field at Rogers Centre — no, there were no Jose Bautista sightings — made it that much cooler.

Ex-Blue Jays infielder Homer Bush got the ball rolling by giving an entertaining and informative look into base running.

Bush was noted for his speed but when J.P. Ricciardi took over as general manager he didn’t believe in stealing bases, not wanting to risk giving up an out. Bush told an amusing story how he often “misread” the stop sign as the steal sign and stole anyway. 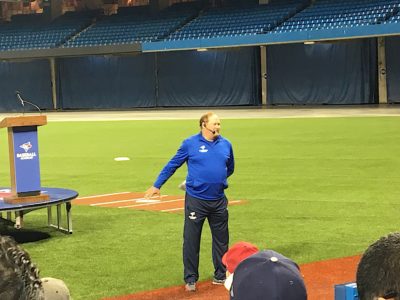 When asked what pitcher was the most difficult to work with he quickly named Dave Stieb, the former talented but temperamental ace of of the Blue Jays.

He also noted how he struck out his first 10 times versus the legendary Nolan Ryan.

“I fouled one off about the fifth at bat and felt like patting myself on the back,” Whitt laughed.

John Schneider, a minor league manager in the Jays system, went over several catching drills which seemed to draw the most interest. Schneider managed Jays super prospect Vladimir Guerrero, Jr. last season and said Vladdy, Jr. is much like his famous father except he had a much more disciplined strike zone.

As well, Blue Jays president and CEO Mark Shapiro took to the field to impart how important baseball is at the grass roots level.

He also took many questions about everything from the Jays payroll to whether grass will ever be installed at Rogers Centre (it won’t).

He also said he doesn’t believe baseball will expand any time soon and that Montreal would be on the short list for any team (Tampa, Oakland) who may be forced to move.

The weekend wrapped Sunday morning with a tour of the Blue Jays luxurious clubhouse.

A tip of the cap to GNBA for having the foresight to send us.

It was worth every cent.