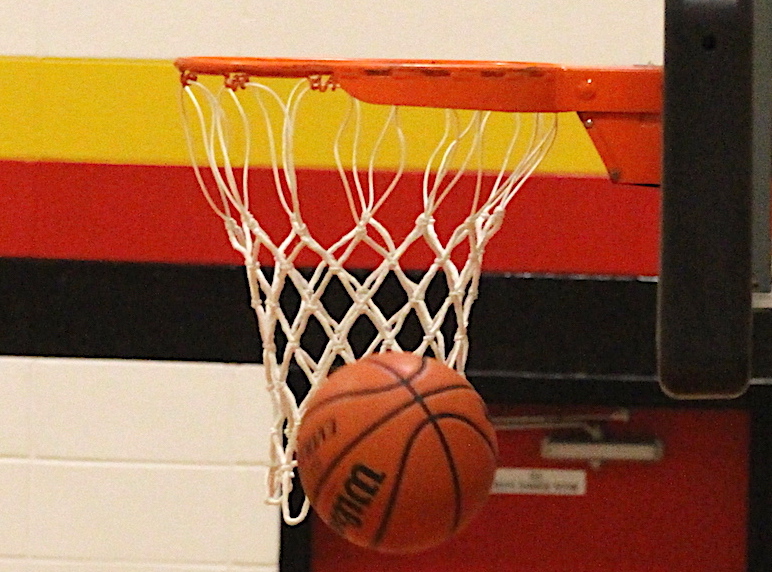 Canada Basketball used Wednesday’s press conference to announce the appointment of 2021 Canada Games CEO Wayne Parrish to help beat the drums for the FIBA U18 Americas Championship 2018 to be played June 10-16 at the Meridian Centre in St. Catharines.

Parrish, co-chair of Canada Basketball, had no problem with sharing the stage.

“These are the kind of events that are going to provide a very significant run-up to the 2021 games,” he said. 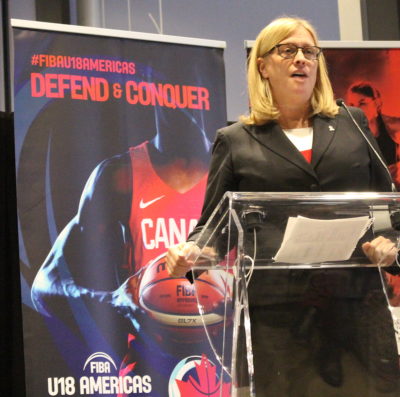 Canada Basketball has partnered with the City of St. Catharines and the 2021 Canada Summer Games Host Society to bring the 10-day event to Niagara.

“One of our aims for this tournament is to engage the Niagara community in the Games and using our event as a launching pad,” said Michelle O’Keefe. Canada Basketball’s President and CEO.

O’Keefe used Wednesday’s press conference to announce a number of activities surrounding the event, which will feature the top eight teams from the FIBA Americas zone.

First on the list is a NCCP Super Clinic to be held June 8-10 at Brock. Coaches will be able to take one of six NCCP coaching courses or professional development streams

“This is a once-in-a-lifetime opportunity for coaches in Niagara,” O’Keefe said. “Not only do we have our national team coaches here, but there’s international coaches coming in.

“There’s also all sorts of cool pieces that are built into this clinic.”

For players and coaches, the City of St. Catharines and Basketball Canada have partnered to host the Steve Nash Youth Basketball Coaches Certification Clinic Feb. 24 (register by contacting Lori Mambella at lmambella@stcatharines.ca or 905-688-5601, ext. 1923) and a March Break Clinic for players March 12-16 (register in person at GardenCity Aquatics Centre or city hall or online at www.stcatharines.ca/ePlay).

For fans, there are plans to hold a street festival the Saturday before the tournament begins on June 10 and a a tailgate party in the parking lot of the Meridian Centre prior to the medal-round games the following Saturday.

Also included as part of the festivities will be the arrival of 13- and 14-year-old boys and girls from Canada to take part in a tournament to determine Canada’s representatives at the Junior NBA World Championship Aug. 7-12 at ESPN Wide World of Sports Complex near Orlando, Fla. The tournament will be played June 15-17 at Brock University and the Meridian Centre.

“There’s a couple reasons why this is significant,” O’Keefe said. “One, it is kind of cool to add on to the footprint of our event, but if we are looking at who the potential athletes are for 2021 in Niagara, they are probably 14 years old now.

“Kids who are here playing in that under-14 national championship, they are the basketball players aiming to get here for the Canada Games in 2021, aiming to get to Paris and Los Angeles in the Olympics in 2024 and 2028.”