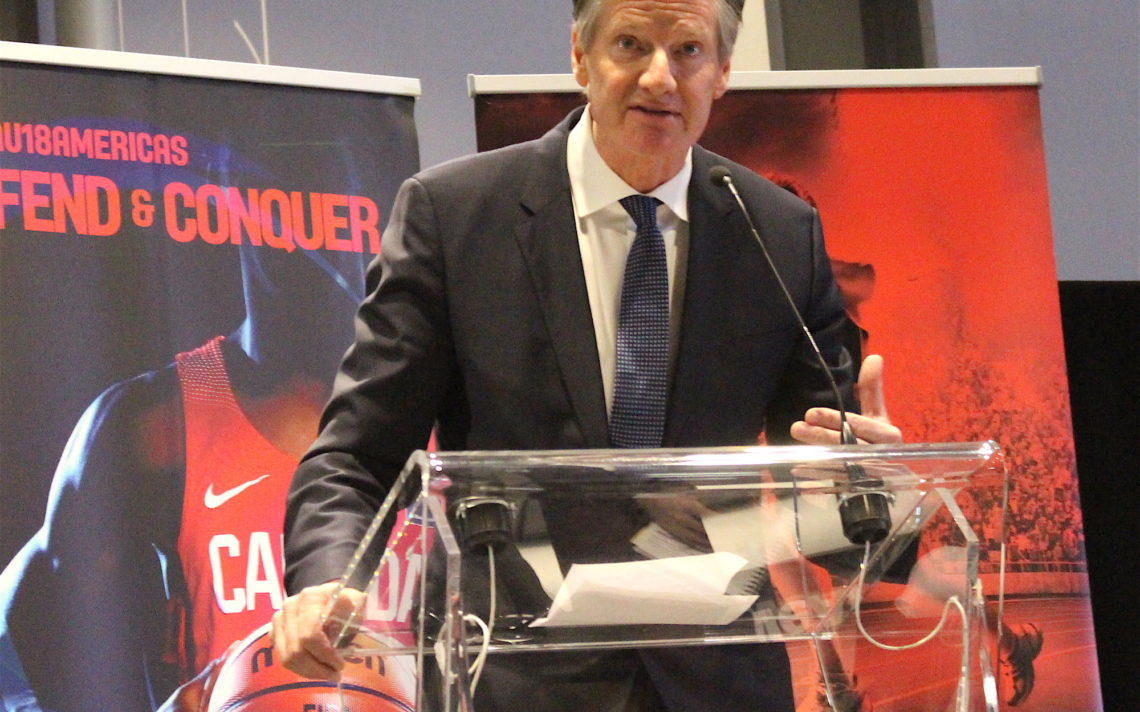 Wayne Parrish was announced Wednesday as the CEO for the 2021 Canada Games. Photos by TESS PUCHALSKI.

From a nationwide search and a list of more that 50 applicants, the 2021 Canada Games has chosen Wayne Parrish as its chief executive officer.

The initial applications were shortlisted to nine and then four before Parrish emerged as the clear choice.

“It is his diverse experience,” said Doug Hamilton, the 2021 Canada Games transformational leader. “It is his business experience, media experience and sports experience; all the areas that we thought were critical to the role.”

Parrish is the former chief operating officer for Postmedia Network. His experience in the sport sector includes serving as president and CEO of Canada Basketball. He is currently the co-chair of Canada Basketball and President of Sport Media Enterprises.

The selection committee was also impressed with Parrish’s people skills.

“We discovered how collaborative he is, he is a great listener, he works as part of a team and our whole approach to this has been to organize it as a team,” Hamilton said.

“Everything I have ever done in media, business or sports has been based on having a wonderful team to work with and I think that success in any of those endeavours or in life comes from the principles or values that you bring to a sports team or a sports team environment,” he said. 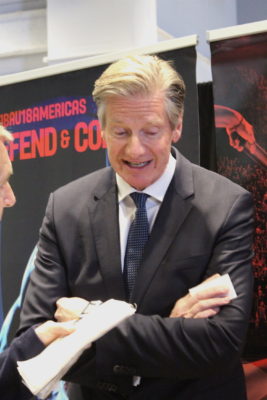 “Basketball is my passion and all the things that go into making a basketball team work: Selflessness; lack of ego, working well together. All of those things lead to good results.”

“We certainly have to secure the financial side of the organization,” he said. “There’s still some work to be done there in terms of the capital funding, that’s important.”

Next up, will be to build his staff.

“It’s important to put the right personnel together,” he said. “From what everyone has told me, there’s tremendous talent in the Niagara Region and we will be looking to try and bring along that talent to our team in the coming weeks and months.”

He has no sense yet of what the Canada Games’ operating budget or capital budget will be yet.

“Obviously, the Canada Games is not the same as the Olympic Games or even a Pan-American Games, but I think it is in the tens of millions of dollars and there’s a prescription the Canada Games Council sort of sets up in terms of the budget,” he said. “I will be getting into all that detail in the next few weeks, but I don’t have a strong sense of it now.”

Parrish describes the operating side of the budget as being in good shape.

“Obviously we will be reaching out to embrace business in the Niagara region but the other side of it is the capital side and that’s where you can create facilities and legacies that will last well beyond the summer of 2021. I think that is the real opportunity.”

The facilities are only part of the equation.

“I’ve been fortunate in my life to attend all the major games globally and the history, including Montreal, in the 1970s, 1980s, 1990s and 2000s is that individual areas, regions of countries and cities, spend exhaustively to bring games to their region and you go back a year, two years after those games had ended and you would see facilities that were in disrepair. There was no preparation for the operating budgets that were required after the games.

“The opportunity is to have physical facilities that are derived from the games, but we’re hopeful the legacy can be in people and in human terms as well. That is a lot less tangible but a lot more challenging.”

He’s hoping the games will create the kinds of programs and opportunities for young people that will allow them to flourish, develop and stay in Niagara and be significant factors in the growth and development of the region. 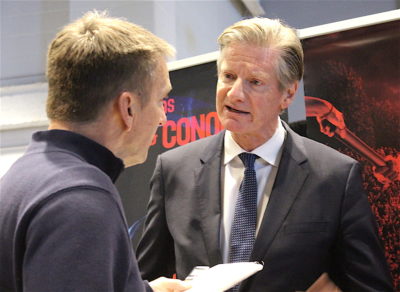 He is most excited to meet people in Niagara and have a lot of coffees and maybe a few beers with many different people.

There are a number of challenges he will face.

“Canada Games don’t have the budget of Olympic Games or Pan-Ams,  nor should they,” he said. “It’s making ends meet with budgets that will be, I’m sure, constrained.

“It’s using and leveraging the relationships with people in the community and leveraging the community itself to make $10 feel like a $100 and to create the kind of experience for the citizens of Niagara and also the athletes through those weeks in 2021 and all the events that lead up to it that they will remember and cherish for the rest of their lives.”

Parrish knows he has to inspire people to become involved in the event.

“We are going to require 5,000 volunteers to put these games together in the right way.

2021 Canada Games has established a temporary office at the old courthouse in St. Catharines but is still looking for a location for the permanent office.

“It’s a pop up operation for the first six months or so and then it ramps up to a point where it is a nuthouse the last six months,” Parrish said.

The Games will bring about 5,600 young athletes and their coaches from across Canada to Niagara for 18 days in the summer of 2021.  The event is expected to attract between 20,000 and 30,000 visitors and provide $200 million in economic impact.