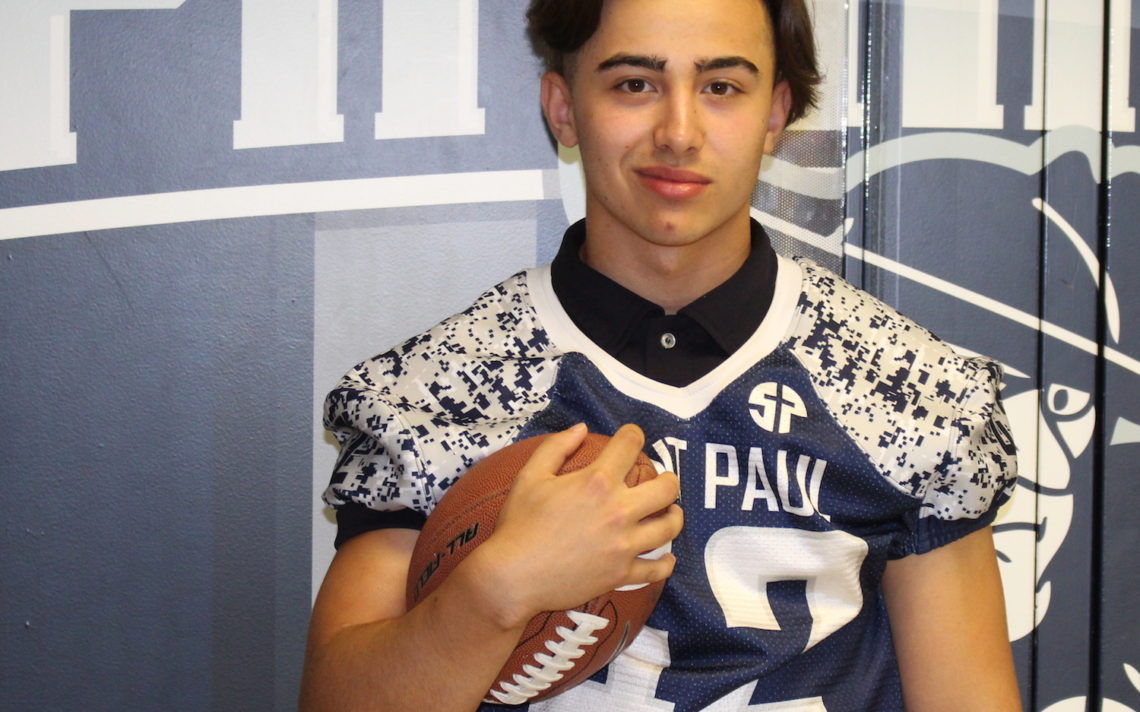 Football player Tal Ibrahim jumped at the opportunity to try out for Team Ontario.

“Everyone knows what Team Ontario is. Who doesn’t when it comes to football?” the 15-year-old Niagara Falls resident said. “I thought it was great opportunity to show my skill and and just go up against the best competition.”

The Grade 9 student at Saint Paul felt he had a good chance of cracking the Team Ontario roster.

“I was pretty confident going into it all and it ended up working out at the end.”

The 5-foot-7, 160-pound running back attended the first tryouts in Stoney Creek and then advanced to the second stage in Hamilton. He found out he had made the team via email.

“When I got it, I thought I was really blessed to have the opportunity to show off my skills to great coaches from all different universities and I am excited to compete with these dudes from all around the process.”

He can’t wait for the entire experience. It starts with a training camp in Guelph and it followed by a tournament against the other provinces.

“I’m most looking forward to being coached by some really good coaches from universities and playing with the best players in Ontario.”

Tal, who played running back for the Saint Paul junior football team last fall and this summer with the Niagara Spears Tier 2 junior varsity squad, describes himself as a shifty, power back.

“I like to run through guys and I also have that juke with speed on the side too,” he said.

Although not a big player, he hits hard.

“I make them see that I am a threat and a competitor that is coming out to play football hard.”

“I train with Mr. O (Saint Paul football coach Rick Oreskovich), I ran a lot of hills, I ran the cones and I hit the gym a lot.”

Oreskovich saw lots of improvement in Tal over the winter.

“He has worked really hard in the weight room and I see him being a big part of the football program at Saint Paul in the future.”

Tal realized all his efforts had paid off when he attended the Team Ontario tryouts.

“When I went up against those guys, all my hard work made a big difference.”

He has no plans to slow down.

“I have to keep on doing what I am doing because obviously it seems like it is working,” Tal said.

He has plenty of goals for football in the years ahead.

“I want to play at the next level at university and then take another step from there and play professional.”

Wherever the journey takes him, it will be a labour of love.

“I just love the life lessons,” he said. “It’s working with the team and working with people and how to be responsible.”