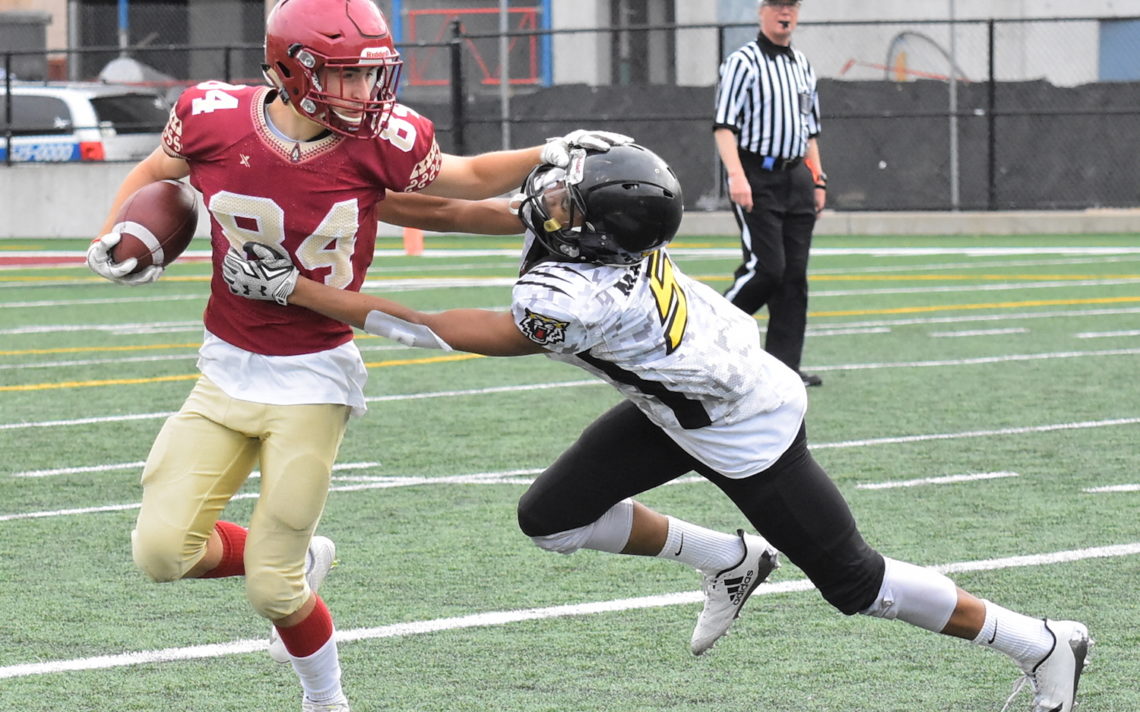 Cole Mackinnon added a convert for the Spears and the team’s defence recorded a two-point safety.

The Spears fell to 3-2 in Ontario Provincial Football League play with the loss.

Niagara will host Durham Saturday at 8 p.m, at Kiwanis Field.

First string quarterback Devon Schiller-Cleveland was injured in the first quarter — a severe bone bruise on his leg — and was replaced by Beringieri.

Chris Bianco added a pair of converts for the Spears and the team’s defence added a two-point safety.

The Spears fell to 3-2 in OPFL play with the loss.

Jacob Tessier added three majors for the Spears and single scores were contributed by Nick Ciriello and Mikhail Sidun. The defence contributed with a two-point safety.

Niagara improved to 4-1 in OPFL play heading into a Saturday home game versus Durham.

Also scoring for the Sundevils were Donovan Morgan with a pair of touchdowns and a convert and William Shultz with a single major.