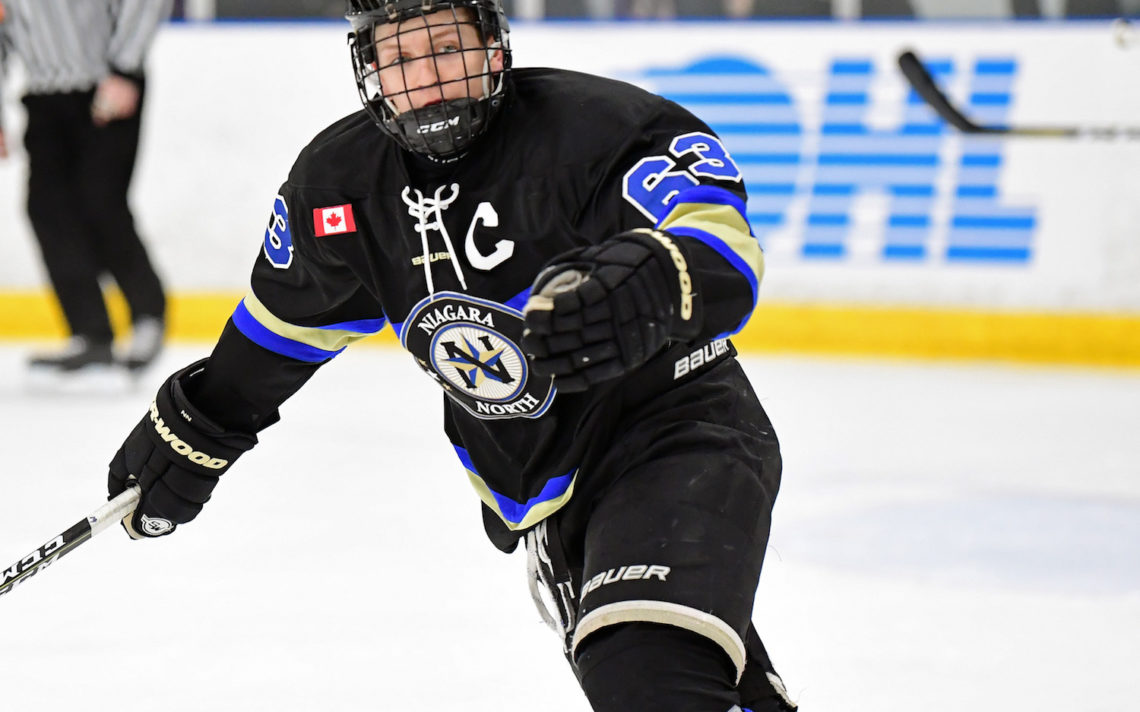 Storm scoops Smith in third round of OHL draft

Spencer Smith was selected in the third round of Saturday’s OHL draft by the Guelph Storm. Photo by OHL Images.

Spencer Smith spent a sleepless night before getting drafted by the Guelph Storm 47th overall in the third round of Saturday’s Ontario Hockey League Priority Selection.

“I had a hard time falling asleep last night and I got up quite a bit,” the 16-year-old St. Catharines resident said.

A group of about 20 family and friends gathered at the Smith household to follow the draft and Smith’s father put a broadcast of the draft on the family’s TV using an android box.

“We all sat there and talked, listened to it and watched everybody that we knew go,” he said. “Once I got picked, they (Guelph) called me and I went into the other room and talked with them.

“When I got back, everybody congratulated me and it was just a really good feeling.”

It didn’t take long for the significance of the moment to sink in for the Niagara North Stars minor midget AAA player.

“The first thing I thought was that this isn’t a dream any more,” he said. “This is actually coming to reality and it’s a really big accomplishment for me.”

The 5-foot-8, 152-pound centre will head up to Guelph on Friday to meet with team officials, along with other Storm draftees.

Smith paid visits to Hamilton, London and Barrie before the draft and Guelph was one of several other teams that were in touch with the talented teen.

“I spoke to them on Tuesday of this week which was really nice,” he said. “I don’t know too much about them, but I am hoping to learn more as this process moves along.

“I can’t wait for everything to start.”

The works starts now as Smith prepares for his first OHL training camp.

“I am going to train all summer long and see where that gets me because this is just an invitation there,” he said. “It doesn’t matter where you get selected because everybody had a chance there.

“If you work hard throughout the summer, you have a really good chance.”

This past season with the Niagara North Stars, Smith had 15 goals and 33 points in 22 games.

The OHL draft guide described Smith as a player that plays bigger than he actually is.

“He doesn’t back down from anyone and gives everything he has each and every shift. He is an explosive skater that is quick to the mark and has a top end speed that most don’t. He is a goal scorer with a great shot that he gets off quickly and accurately.

“Spencer scored numerous big goals for his team this season and was missed when he was out of the lineup due to injury. He is extremely hard to handle below the hash marks.”