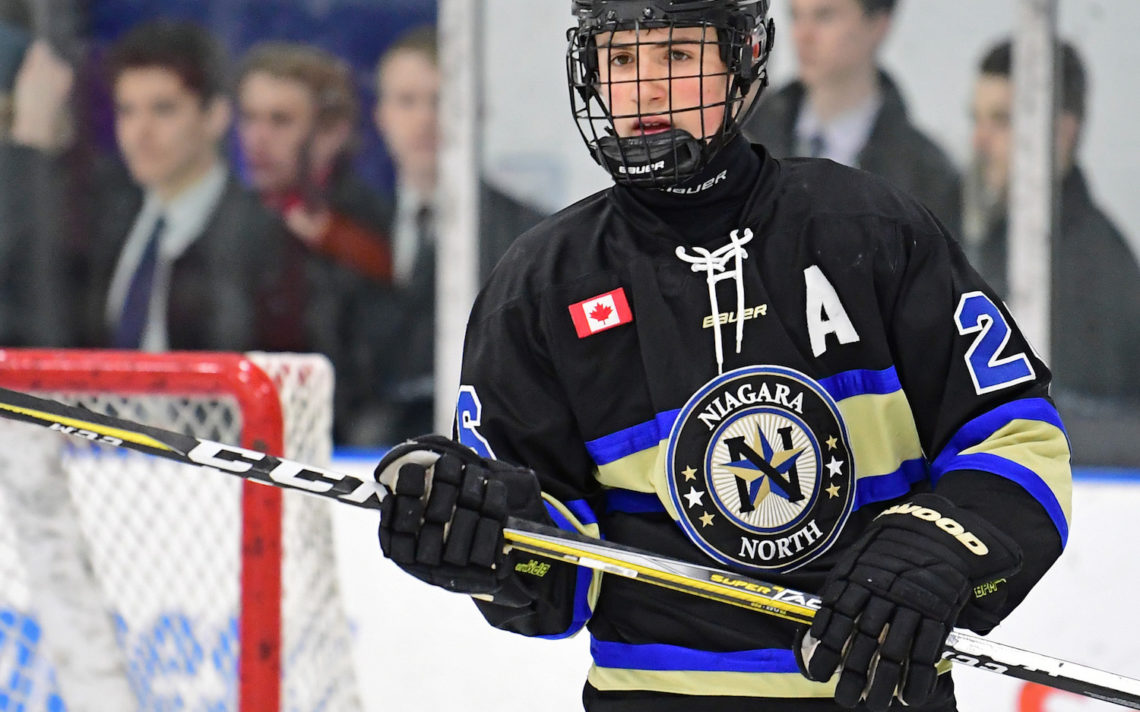 IceDogs pick Sims in fifth round

Ethan Sims was selected in the fifth round, 92 overall in the OHL draft by the Niagara IceDogs. Photo by OHL Images.

It was a small gathering Saturday morning that saw Ethan Sims get selected in the fifth round, 92nd overall by the Niagara IceDogs in the Ontario Hockey Priority Selection.

The 16-year-old Grimsby resident followed the draft online with his parents, Randy and Cindy, and older brothers, Matthew and David.

The Niagara North Stars minor midget AAA hockey player was ecstatic when he saw his name show up on the computer screen.

“I was very overwhelmed, very excited and it was just electric that I was drafted to Niagara,” he said. “I couldn’t have been any happier.”

His family was equally excited.

“My mom came running down the stairs so fast she almost fell,” Sims said, with a laugh.

Getting drafted by Niagara was a dream come true.

Niagara was one of about 16 or 17 OHL squads that spoke to Sims before the draft.

The Grade 10 student at Bishop Tonnos in Ancaster was contacted by Niagara after he was drafted and the IceDogs told him they were excited to have selected him. He has been invited to attend the IceDogs game Wednesday night at the Meridian Centre.

Sims was planning on celebrating the day in a style befitting that of an OHL draft pick.

“I am going to watch Niagara and the Hamilton Bulldogs playoff game tonight,” he said.

He has already started to prepare for his first OHL camp.

“I am doing a lot of off-ice training, trying to get bigger and stronger.”

To make the jump from minor midget AAA to the OHL, Sims feels he has to keep working hard and believe that he can do it.

This past season with the Niagara North Stars, Sims had 19 goals and 43 points in 32 games to catch the eye of OHL scouts.

The OHL draft preview described him as a dynamic centre who has the ability to make highlight-reel plays each shift he is on the ice.

“He is an explosive skater that changes gears in mid stride and has a top speed that most other players don’t have. Ethan is very skilled and can beat defenders wide. He is relied on heavily to produce for his team, but he is usually very responsible in all areas of the rink. His compete level is always there and you know what you are going to get each shift. He was a big part of his team’s success.”

Sims feels his improvements this season were as much mental as physical.

“It was just having the confidence that I could do it,” he said.