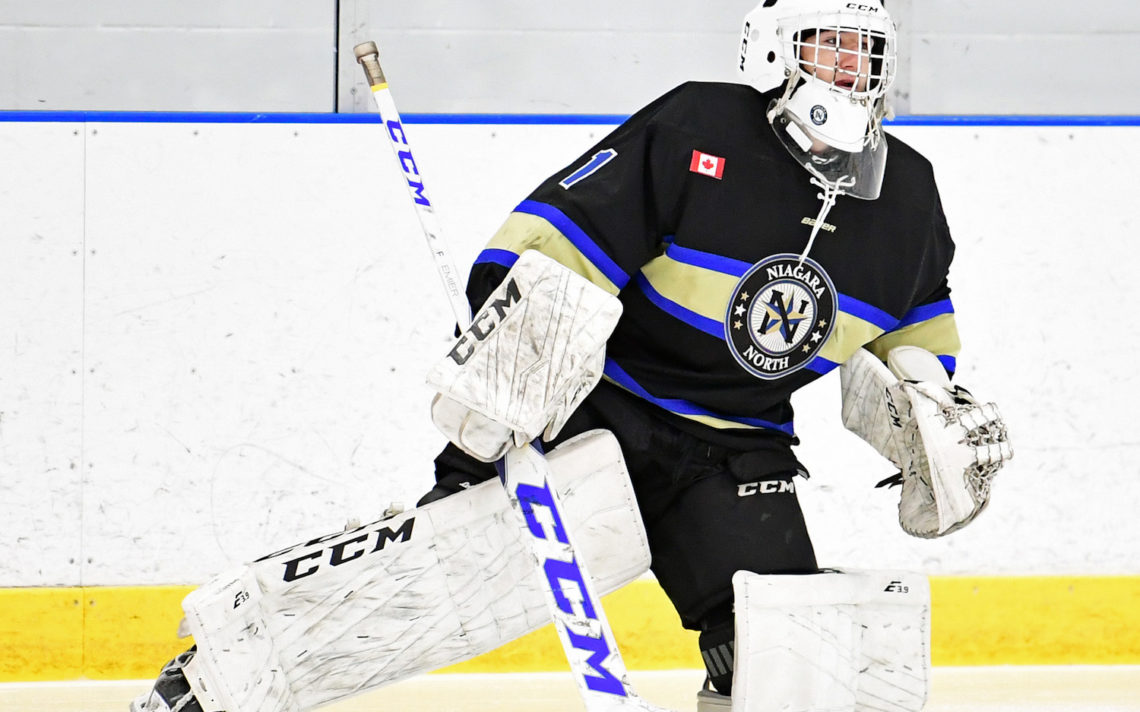 Goalie Dalton McBride was the 11th goalie selected in Saturday’s OHL draft. Kitchener drafted him in the fifth round. Photo by OHL Images.

Dalton McBride wasn’t the most excited person in his family’s Grimsby home Saturday when he was drafted in the fifth round, 97th overall by the Kitchener Rangers in the Ontario Hockey League’s Priority Selection.

The 16-year-old Grimsby resident was following the draft on-line in the living room with parents Shawn and Lori McBride when his name appeared on the screen. 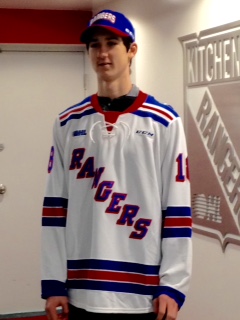 “My mom first saw it and she started screaming,” the Grade 10 student at Grimsby Secondary School said. “It was an exciting moment.”

The 6-foot-2, 160-pound goaltender with the Niagara North Stars minor midget AAA hockey team had no idea which team would be selecting him on Saturday.

“A lot of teams had interest, but I didn’t know.”

He spoke to about 15 teams prior to the draft and made a few visits to some of the teams that showed a lot of interest. He didn’t visit Kitchener.

After he was selected, the McBride family hopped in the car and drove to Kitchener to meet with the team. He was given a tour of the facilities and arena, presented with a hat and a jersey with his name on the back of it, and was introduced to members of the Rangers’ organization.

“I liked it,” he said. “It’s a great organization and I am very happy.”

He also had a short media interview which was his first ever prior to talking to BP Sports Niagara.

This past season with the Niagara North Stars, McBride played in 16 games and recorded a 1.68 goals against average with three shutouts.

“He is a big solid goalie and he kept getting better all year,” Niagara North Stars head coach Marty Williamson said. “He’s a great kid and it’s a good pick by Kitchener.”

McBride started to realize he had a shot to be drafted into the OHL at the start of this past season.

“A lot of people told me I had a good chance of getting drafted and I thought if I kept working hard, I could get it done.” 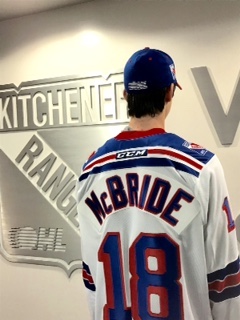 McBride was the 11th goalie selected in Saturday’s draft, giving clear evidence that he did indeed get it done.

This past season, McBride felt the biggest stride he took as a goalie was becoming more confident.

“With confidence, you can be great, as good as you can be every night and consistent,” he said.

To prepare for his first OHL training camp, McBride plans on being in the gym two or three times a week. He will continue to work on the ice with his goalie coach, Lucas Lobsinger of the Brock Badgers.

“I am going to camp and work as hard as I can and see what happens,” he said.

There are about three or four other goalies in Kitchener’s organization.