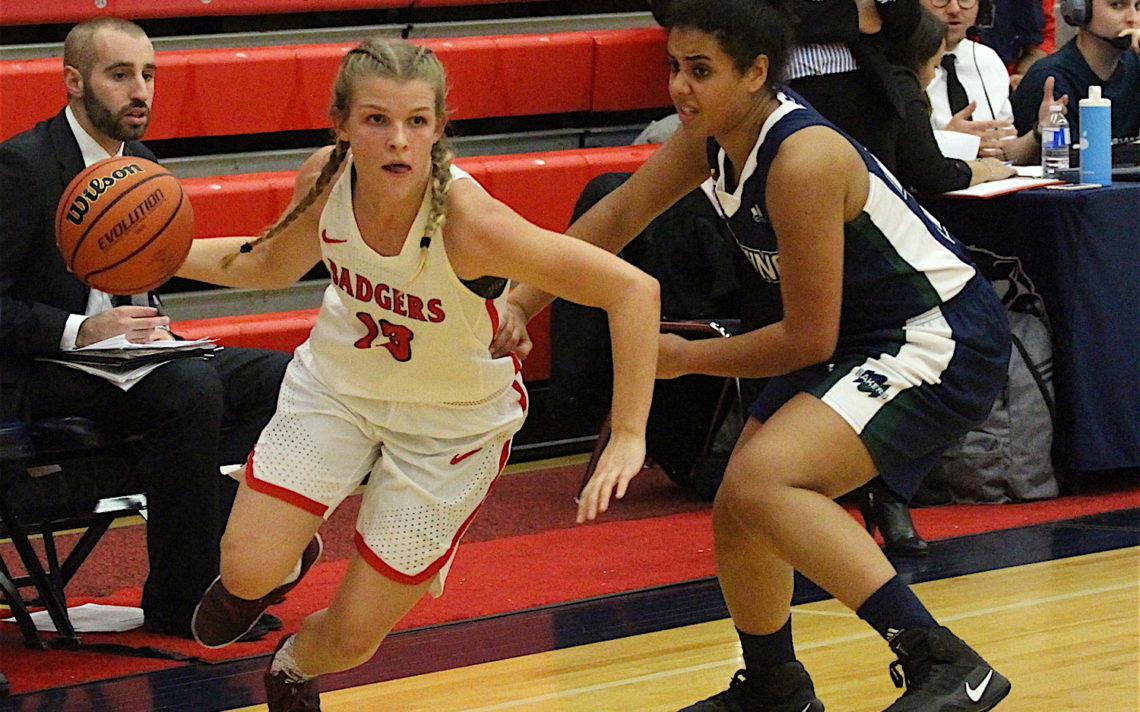 With the countless levels of basketball being played in Ontario, there are occasions when talented players fly under the radar. 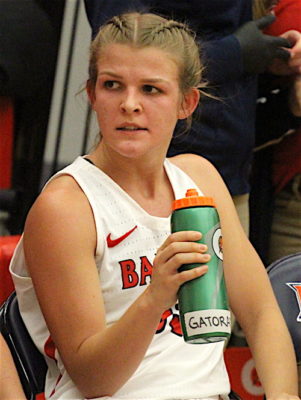 When Brock player Stephanie Findlay, a former teammate of Gallant, suggested MacSporran check out Gallant, it was love at first flight.

“I saw the speed of her, I saw what she could do and I had her for a visit,” MacSporan said. “As soon as she was here, she fit right in with the team.”

“I came to see Ashley and she automatically changed my mind,” Gallant said. “She made me feel like it was home and I just loved the other girls.”

The 18-year-old had been quite a find for the Badgers and was leading the team in scoring heading into Friday night’s game against visiting Nipissing. Her 13.7 points a game average was six more than the next closest player on the team.

Against Nipissing, the former two-time OBA champion with Hamilton Transway had nine points, eight rebounds and four assists in 16 minutes of floor time to help the Badgers record a 61-42 victory.

“I’m not surprised what she is doing and I can’t wait for the future,” MacSporran said. 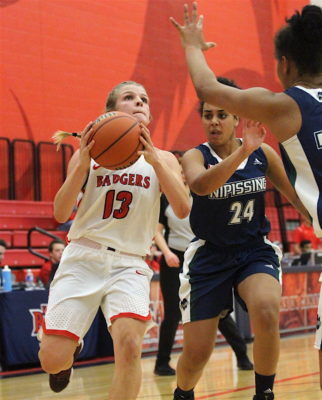 Gallant, a psychology major, is really enjoying her first year of university ball.

“I love the team especially and I think it is the best fit for me,” the Bishop Reding grad said. “Having older girls on the team, they really know how to include rookies and make them feel really special. They are really good at making rookies feel confident on the floor when not all rookies are.”

“Sometimes, most of the times yes,” she said, with a laugh. “There’s times when I feel like I should pass more.”

She has found university ball a huge step up from high school.

“It’s a lot more physical and the size is way bigger than I am used to playing against in Grade 12,” she said. “I have a speed advantage and if I didn’t have that I don’t know what I would do.

“I”m learning to play into contact more and compete against bigger girls.”

It is her speed that has helped her start her university career with a bang.

“She’s an OFSAA (Ontario Federation of School Athletic Associations) track athlete and you know that she’s going to be talented,” MacSporran said. “She doesn’t have a stop button and that’s what makes her Kristin Gallant.” 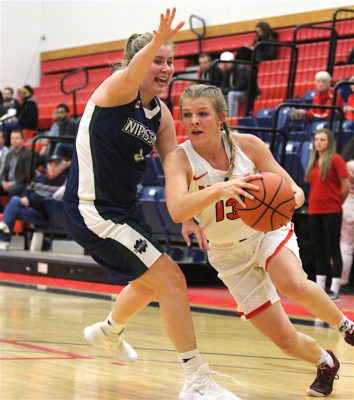 She also has a high pain threshold.

“At Queen’s, she couldn’t even do our shoot (around) because of her back and then she goes off for 23 points,” MacSporran said. “She was in tears in the morning from the York game.”

Brock’s coach doesn’t wait for Gallant to say she’s too hurt to practice.

“There’s times when I have to call her in in the beginning of the week and ask her what her pain level is today and then the coach says no. Otherwise, she will keep going.”

“I want to improve my shooting,” she said. “I don’t really shoot ever and I want to make sure my foul shots are 100 per cent every game.”

MacSporran thinks there’s nothing Gallant needs to fix with her shot.

“I watched her play at the OBA level and she was shooting threes,” she said. “She doesn’t think she can but she can shoot.”

But why shoot when you don’t have to?

“She’s not shooting because no one is stopping her,” MacSporran said. “When a team shuts her down or backs off on her, she can shoot it. She has great form.”

Gallant was part of a complete team effort Friday night. The win helped Brock improve to 3-4 on the season and snap a four-game losing streak. All four defeats were on the road.

“It’s nice to be home and it’s nice to have. whole team effort where they follow the game plan and we see success with everything,” MacSporran  said. “With a young team, that’s kind of what we need.”

BPSN Star of the Game: Brock’s Stephanie Finlay with 18 points and six rebounds.

Up next: Brock hosts Laurentian Saturday at 6 p.m.