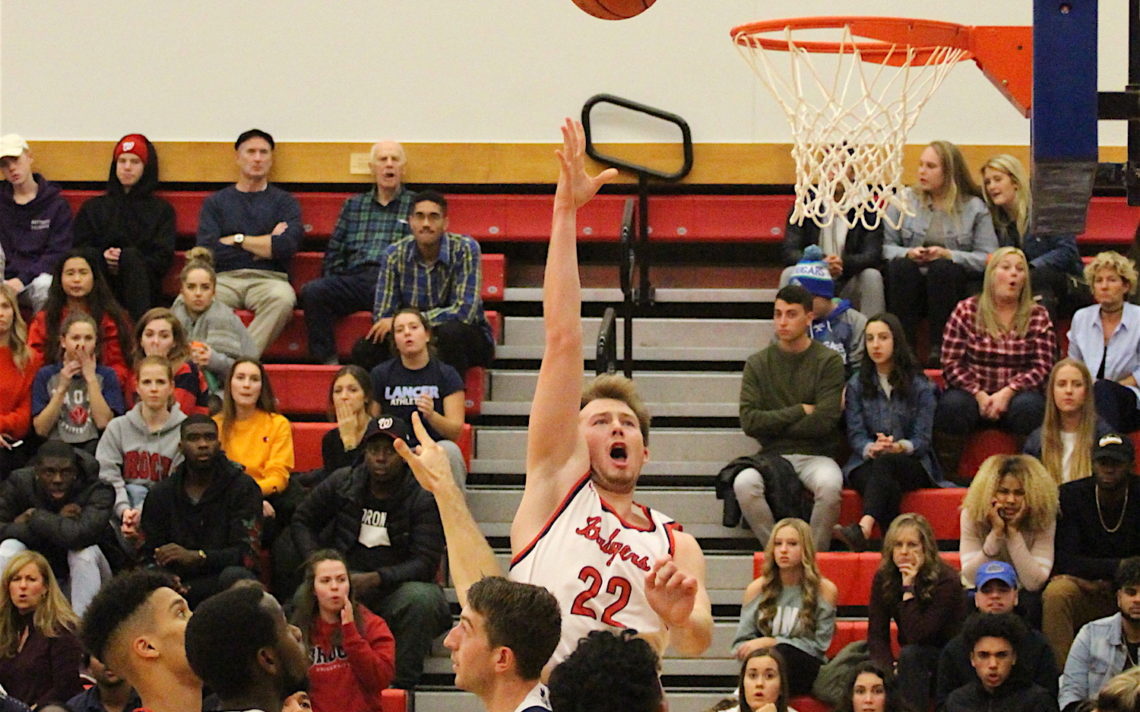 No one will ever know if the Brock men’s basketball team’s 69-66 loss Jan. 7 to the Nipissing Lakers cost the Badgers a spot in last season’s U Sports national championships.

Brock head coach Charles Kissi didn’t feel the need to remind his team of the game prior to his team’s 91-57 swamping of the visiting Lakers Friday night at the Bob Davis Gymnasium.

“We didn’t even think about it,” Kissi said, with a laugh. “We know we had some blips in our season last year and not that we are thinking about it but we learned from it. 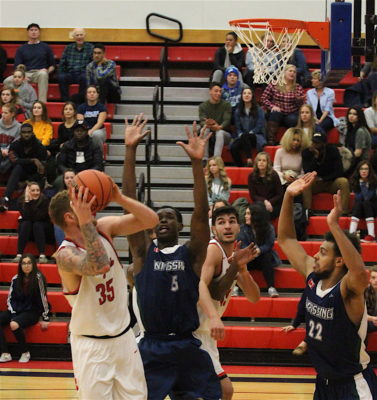 “It’s win or learn. It’s never win or lose and if it’s a team that we are capable of beating then we have to beat them.”

The Badgers did just that, roaring out to a 26-2 first-quarter bulge and never looking back.

“I told the guys that they better show me,” Kissi said. “Let’s not talk about it. We’re not a rah rah team. If that’s who we are, deliver every night and we are showing it.”

One player who delivers every night for Kissi is second-year forward Daniel Cayer. The Montreal native came into the game averaging 8.0 points and 6.7 rebounds and he added to those totals with a team-high 18 points and five rebounds.

“He’s a stud,” Kissi said. “He’s the pillar that builds a foundation to your house. He’s the guy that gets everything going and he just plays so hard that you have no choice but to follow him.”

The 6-foot-6 forward has made big strides in his game since his rookie season. 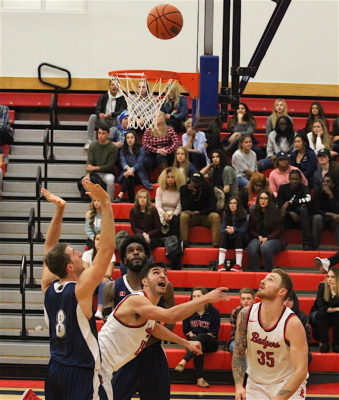 “His shot is better, he has a much better understanding of the game and he came in as a smart basketball player,” Kissi said. “He takes care of his body, he’s really focused on his nutrition and he is focused on every aspect of our program’s culture.”

But unlike his coach, the Montreal native did put some focus on last season’s loss to Nipissing.

“Oh yeah,” he said. “Our old teammates from last year said we had to put on a beat down this year to make up for last year.”

No one on the team wants to leave anything to chance.

“We’re trying not to drop any games this season and take every game seriously,” Cayer said. “We want to make sure the decision is in our hands and not anyone else’s.”

Cayer will be a big part of Brock making that happen. He has been a mainstay on the team ever since he was recruited by Kissi out of John Abbott College in Montreal.

“As soon as I came on the recruiting visit, I liked everything here and I decided it was the best decision to come here,” Cayer said.

Having Kissi as a coach was a big part of his decision.

“It was the winning culture that he built here,” the recreation and leisure student said. “He had pieces that were already coming in and he was chasing a national championship.

“He always talked about winning on my recruiting visit. It was nothing else and that’s what I wanted.”

Cayer had interest from Quebec 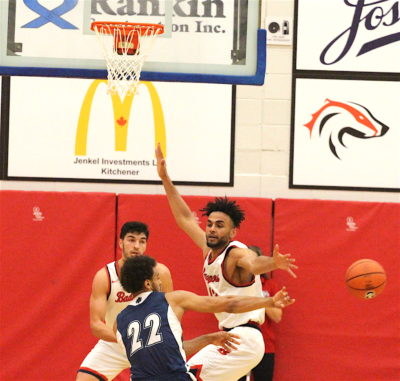 universities but had no interest in staying in his home province.

“I wanted to get out of Quebec because it was a better league in Ontario with higher competition and more opportunities.”

Cayer has made the most of his time at Brock, including the off-season.

“Steve (Lidstone) came in and helped me tremendously with my diet and got the weights going to make me stronger and quicker,” he said. “And over the summer I also worked on my shot.”

He came into Friday’s game shooting 42.9 per cent from the floor and was 7-for-11 versus Nipissing.

BPSN Star of the Game: Brock’s Daniel Cayer with 18 points and five rebounds.

Up next: Brock hosts Laurentian Saturday at 8 p.m.