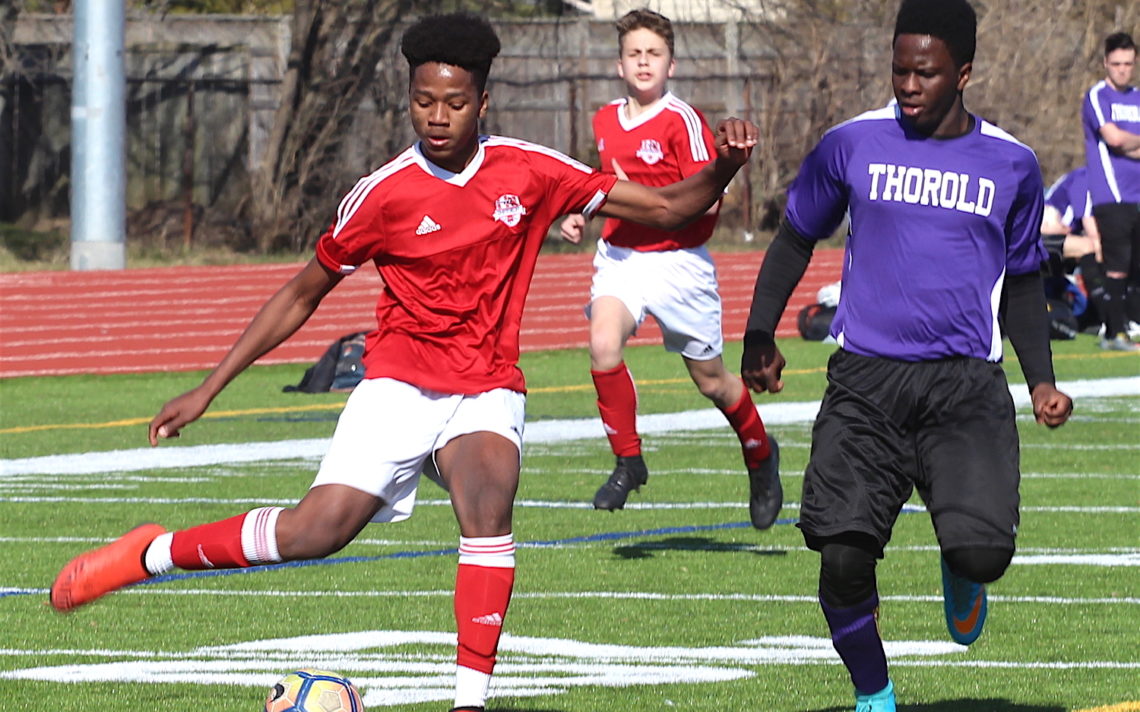 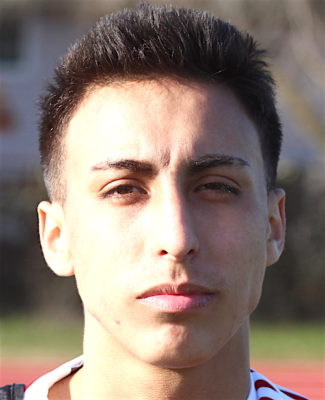 “As much grief as he gives me, he tries to make the other guys better on the field,” he said. “He is always looking to pass or take on a few guys to make it easier for someone else.”

There is one flaw in his game.

“He doesn’t like to listen and he likes to play his own game, but I don’t want to see him get hurt,” MacDonald said. “I know guys like that sometimes they think they are invincible and no one will take the ball off of them, but it just takes one bad mistake.”

Frigole smiled when he heard the description. 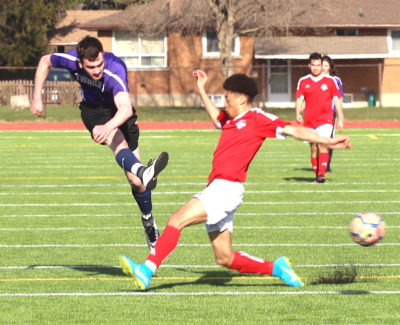 “When he sent me back in (Monday), he told me to try not to dribble because he didn’t need me to get hurt with a tournament coming on Thursday,” he said. “The first thing I do is I take a couple guys in the box and I got knocked down.”

Rather than take the penalty shot himself, he let teammate Nick Lazo take the shot and Lazo scored.

“He is a really good kid and he has been trying to get on the team for a couple of years now and had never made it,” Frigole said. “He’s a big part of the team even if he doesn’t play much.”

Frigole, a second-year Grade 12 player, is also a big part of the team. The 18-year-old, who plays for Club Italia on an Ontario Soccer League provincial level team, enjoys playing for Simcoe. 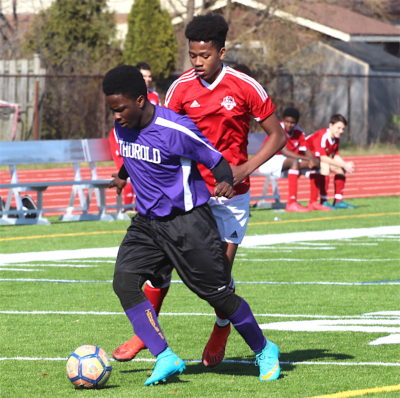 “It fits in well and it’s a good chance to play with your friends who you wouldn’t regularly play with on the outside level,” he said. “It’s great to be playing here in front of the school.”

Frigole has excellent footwork and is adept at dribbling the ball.

“It was a lot of practising and my grandfather (Juan Alberto Frigole) was a professional player in Argentina and he has pretty much taught me everything I know,” he said. “Since I was four or five years old, we would go to the park and practise the simple stuff.”

From his striker’s position, he likes to distribute as much as score.

“I kind of changed my style of play a couple of years ago,” he said. “It’s about trying to get the assists and trying to make other players look better. I kind of look at (Lionel) Messi and the way he plays.”

“It was a great start,” MacDonald said. “The guys were moving the ball well and we wanted them to spread the ball wide and knock it inside.” 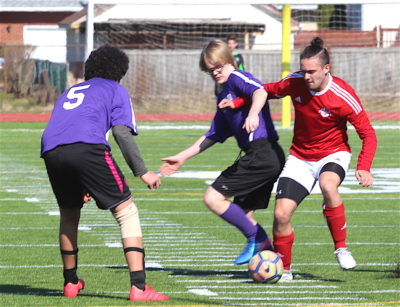 MacDonald is hoping his team will be competitive this season.

“At the back, we have all young guys in Grades 9 and 10 and as we move forward to the more skilled positions, we have all seniors,” he said. “We have a lot of good skill for the future and I am pretty excited to see where we go if I come back next year and coach.”

“The bulk of this team is in Grade 11 so they are right up from junior and this is the first time they were on a field this spring,” he said. “It’s a process and we just started it.

“We’re looking to having a stronger second half to the season, hopefully squeak into a playoff spot and take it from there.”

Pavone agreed it’s tough to start a season strong with no actual practice on the field.

“It’s frustrating and that’s probably an understatement,” he said. “You look at this facility and the fact that we can’t even have access to something, regular grass or not, is hard to deal with it.”