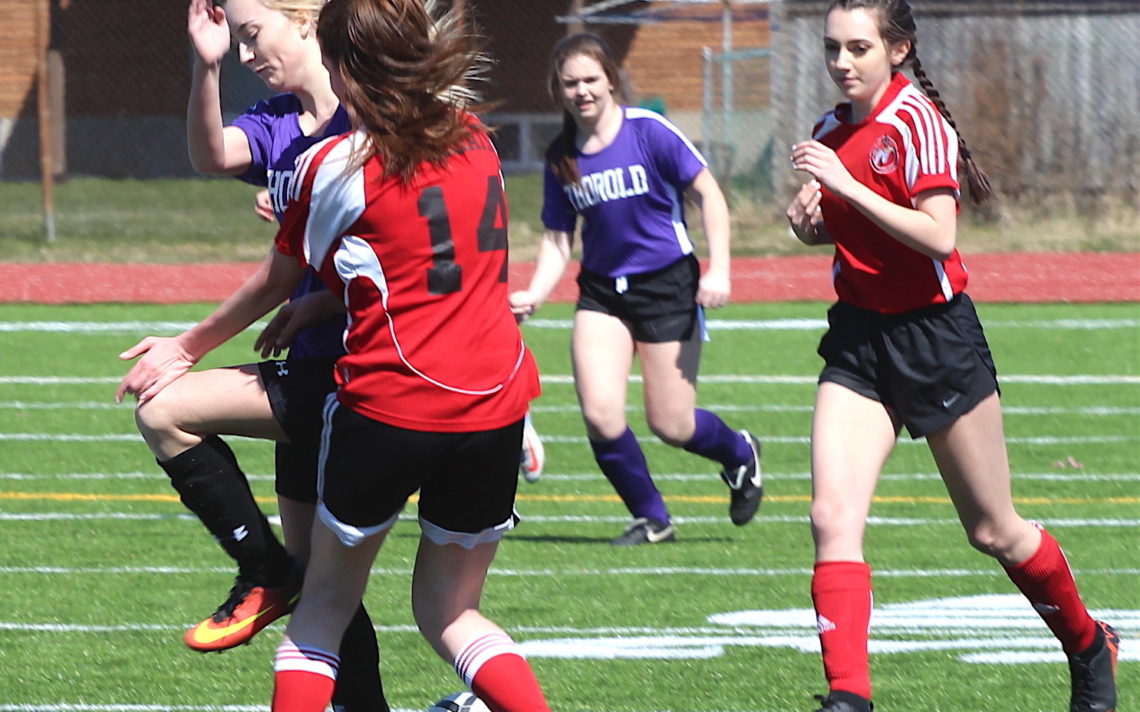 Madison Small has big plans for her future.

The 16-year-old, Grade 11 student at Governor Simcoe Secondary School has her sights set on a possible scholarship south of the border and appears well on her way to achieving that goal.

Small fired three goals as the Redcoats blanked the Thorold Golden Eagles 7-0 in the opening game for both teams in District School Board of Niagara varsity girls soccer action Monday at Simcoe. 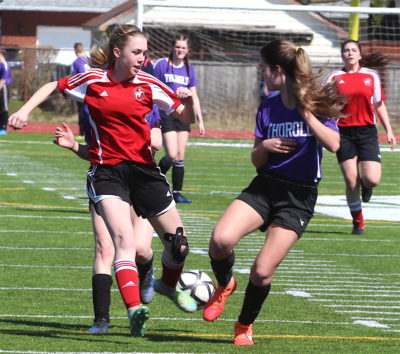 Small was exposed to soccer in the States last year when her Welland-based team played in a league with a squad out of Kenmore, N.Y.

“Soccer is a lot better there. It’s a lot more competitive and schooling is really good there.”

Small said the experience made her a better player.

“It helped a lot. Going in and playing in the States got me to play a lot more aggressive and faster and improved me a lot.”

Small is suiting up this season for an under-18 team in Saltfleet/Stoney Creek, which is playing in an under-21 league.

“I’m doing a lot of hard work,” she said. “I still have another year to finalize but it’s really exciting. It’s opened up my eyes a lot.”

Ironically, Small wasn’t a big fan of the sport growing up.

“I played two years of house league and then right into travel.”

Simcoe coach Aaron Potalivo knew he had a keeper the first time he saw Small in action.

“She’s always on the pitch training so as a senior player she gives someone for the other girls to look up to,” said Potalivo, who is in his first season coaching and teaching at Simcoe. “She’s always coming to practice leading the charges and going through the drills, the stuff you don’t see on the field. 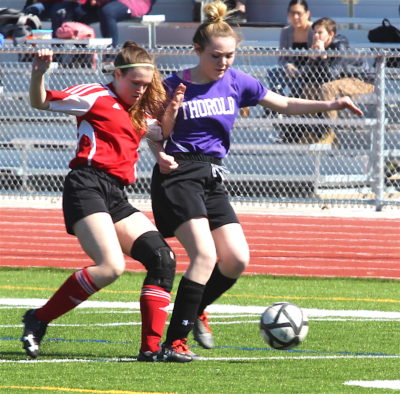 “It’s great we have a few seniors who are always practicing hard and setting the tone for the other girls.”

The Redcoats weren’t sure what to expect coming into their first game.

“To have expectations was unrealistic,” Potalivo said. “It’s really a clean slate for myself.

“The eye-opener was the first time I saw them training. I knew then they had some skill. They know how to play. If they can gel, we can win some games.”

“I played here for four years with a lot of those girls and I know how they can play and how well they can work together. To see them out there and playing so well was a good way to start the season.

“You never come into a season with expectations because you never know what you are going to face but when I saw the talent we had at our first training session I knew we had a good team.”

The Golden Eagles, who had not had the chance to practice together outside yet this season, kept the score respectable for the first half trailing 3-0 after 40 minutes.