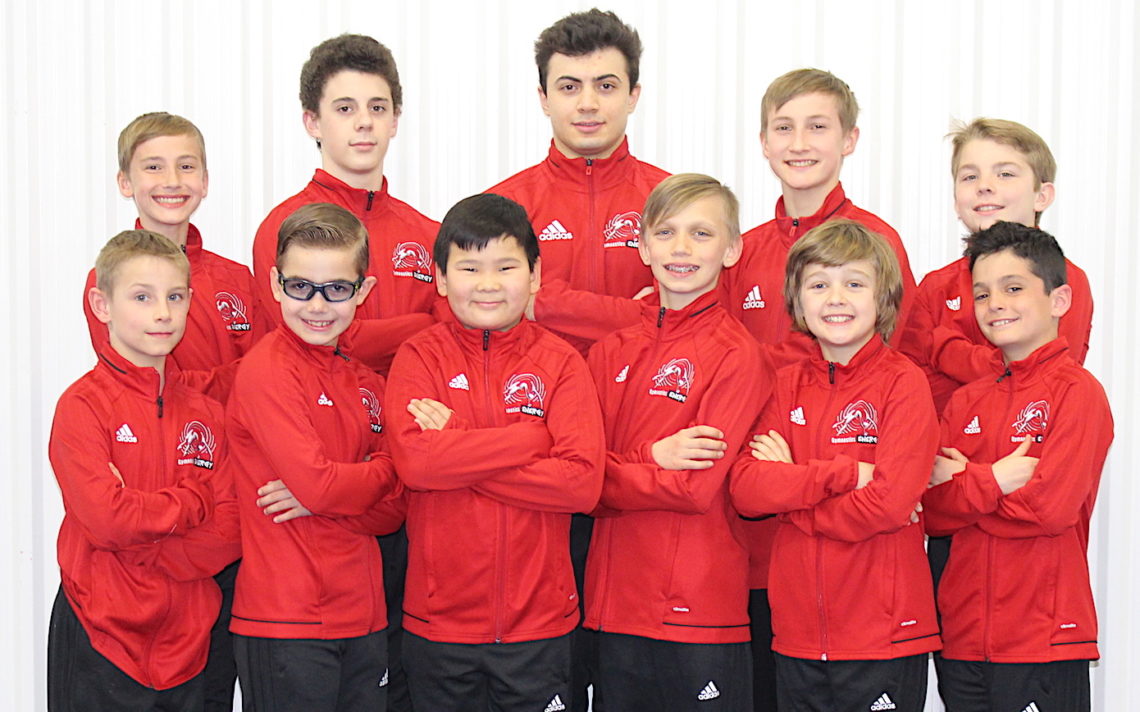 Gymnastics Energy members Ben Tschakovsky and Elliott Speck have qualified to be part of Team Ontario for the Eastern Canadian championships following their performances at the Men’s Artistic Gymnastics (MAG) Ontario Championships in Amherstburg.

Competing in Level 5 age 13-15, Tschakovsky of Grimsby was fifth overall, second on high bar, fourth on floor, fourth on parallel bars, sixth on rings and vault and seventh on pommel horse.

Also competing in Level 5 age 13-15, Speck of St. Catharines was eighth overall, third on floor, fourth on rings, sixth on parallel bars, seventh on vault and eighth on pommel horse and high bar.

Below are other top 10 results from Gymnastics Energy members:

Will McNevin of Fonthill (Age 10-12): second  on vault, and fifth on floor and parallel bars.

The top two in each event move onto the Southern Ontario Secondary Schools Association tournament next week at Delta High School in Hamilton.

Following are the results from the Zone 3 midget/junior badminton tournament hosted April 23 by E.L. Crossley.

Grummett led the way against Sudbury with a triple double consisting of 10 points, 11 rebounds and 10 steals. Other leaders on the stats sheet were: Sentance, six rebounds; O’Brien, eight points and seven rebounds; Eliana Mariella and Puchalski, four points; Campbell, seven points, including 5-5 from the free-throw line; and, Addy, seven points.

Niagara is in London this weekend for league play.

The St. Catharines and Niagara Summer Minor Hockey League has space open in some divisions for the 2018 season. The league provides a 12-game season beginning in late May with games at the Seymour Hannah Centre in prime time and on consistent week nights.

This is a non-contact recreational league open to boys and girls aged 5-15 with divisions for all age levels. The league registers individuals only (no team entries) in order to ensure reasonable parity. Registration can be completed at scsummerhockey.com, by calling the league at 905-246-7819.