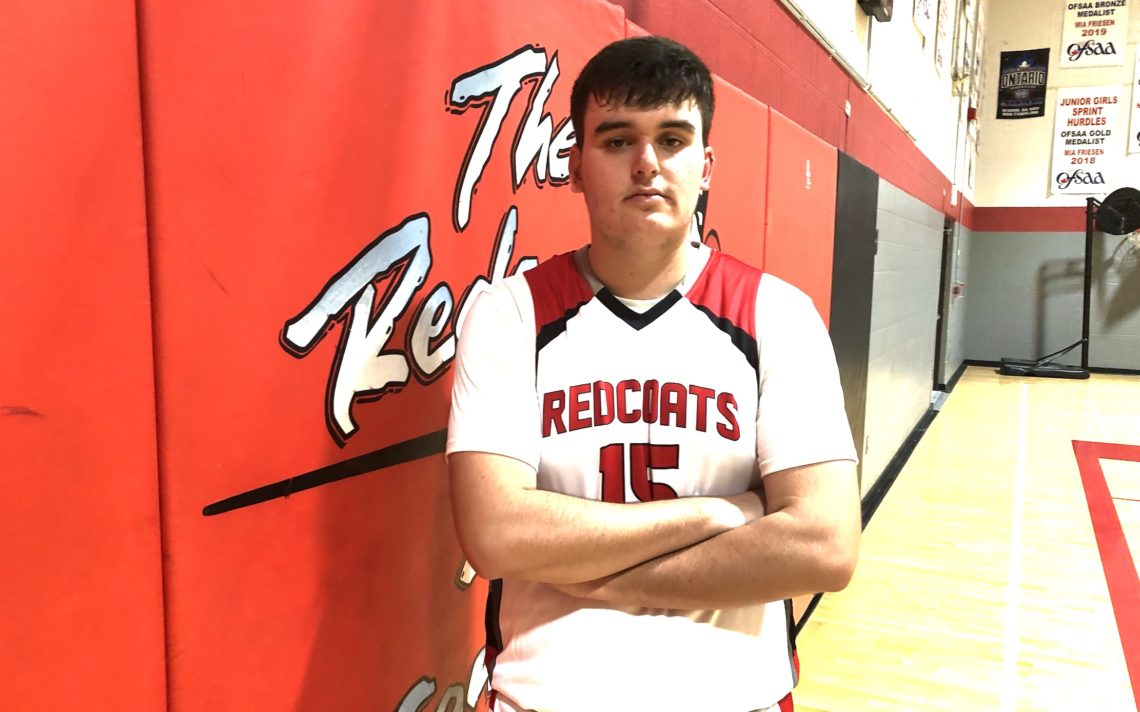 Deryck Burke is a shadow of his former self.

The 17-year-old, Grade 12 student slimmed down over the summer, dropping about 60 pounds, and the results have been noticeable.

The 6-foot-8 forward still tips the scales at about 225, but said he feels much better and that has translated to success on the court.

Burke netted 14 points, including a pair of three-pointers, as the Governor Simcoe Redcoats topped the Thorold Golden Eagles 68-57 in quarter-final action Tuesday at the 58th Standard High School Basketball Tournament.

Burke said the weight didn’t come off without a lot of hard work. 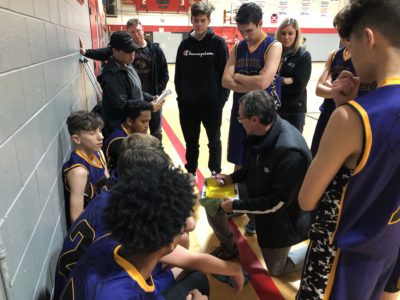 “It was difficult, there were a lot of ups and downs with it, but for the most part it went smoothly,” he said.

Burke worked out with a trainer and adjusted his diet.

“The biggest thing was to stop drinking pop. Pop is a killer,” he said.

Burke knew something had to be done, for both his mental and physical well being.

“I wasn’t happy with myself. I started to notice limitations started to set in, especially on the basketball court. I could only play one or two minutes at a time,” he said.

“It’s made a huge difference. I definitely can stay on the court a lot longer and my stamina is better. It’s still not great, but I’m getting there.”

“He worked so hard to lose the weight and he’s in the gym here every morning shooting. He’s just a non-stop worker,” Feor said.

Feor likes to use Burke both in the post and as an outside threat.

“We’re trying to get him to set screens, rebound, shoot the ball from outside,” Feor said. “At lot of teams will have a bigger kid who doesn’t want to play at the three-point line where Deryck can shoot from out there and then go inside and bang and block shots. For us, it’s the best of both worlds.”

Burke, who is an offensive lineman for the Redcoats football team and also golfs on the Niagara District Junior Tour in the summer, was thrilled to be able to chip in offensively.

“It felt really good,” he said. “I’ve been in a shooting slump lately so it felt good to make one today.”

Burke liked the way the Redcoats took care of business Tuesday after a sluggish opening game.

“We just wanted to come in with a good mindset. We felt like we didn’t play our best against Lakeshore and today I think we played a lot better,” he said

Feor knew the Golden Eagles would pose a formidable threat.

“We knew Thorold plays tough. Right to the very end they were fighting,” he said. “They’re a well-coached team and they have a few kids who play Pelham Panthers basketball. We were prepared for a fight tonight. “The ball bounced a few ways our time, I think.”

The Redcoats now turn their attention to the semifinals Thursday where they will square off against the E.L. Crossley Cyclone. St Francis meets Eden in the other semifinal.

“I looked at the top four seeds when the tournament started and knew it would be an absolute grind when it started. If we want to win, we have to play the perfect game twice,” he said.

The No. 1 see St. Francis Phoenix advanced to the semifinals with a convincing win over the Greater Fort Erie Secondary School Gryphons. 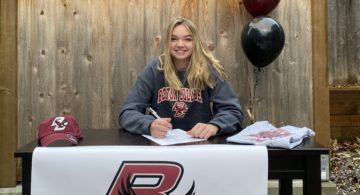