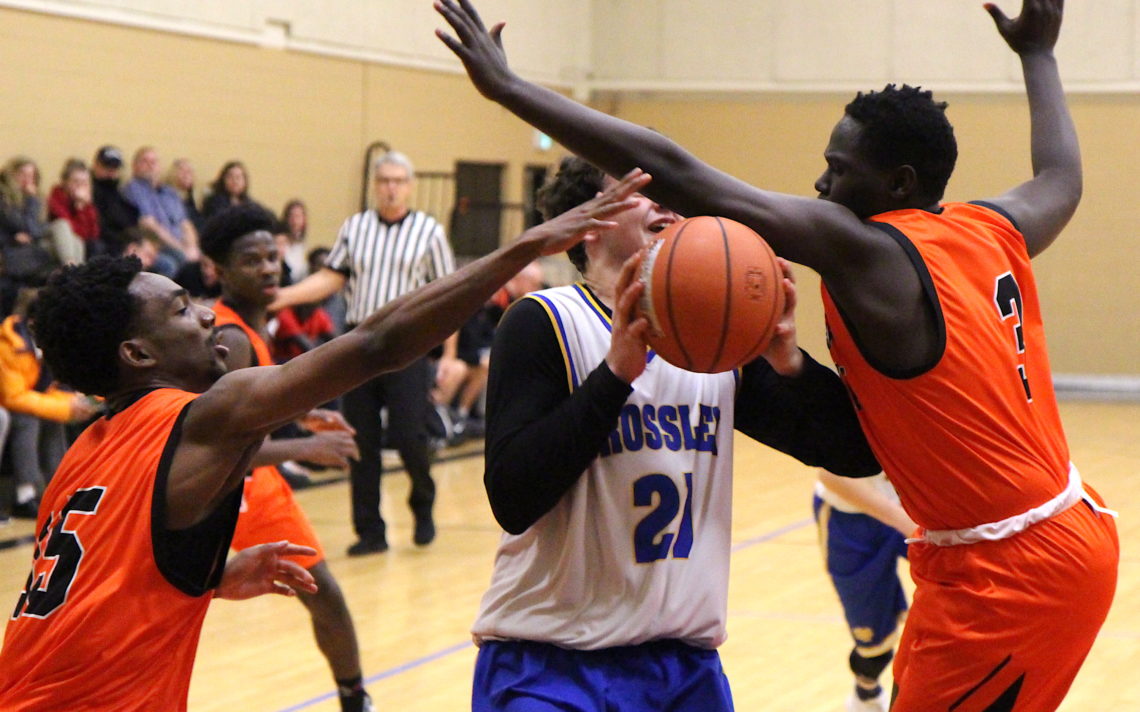 Tuesday’s Standard championship quarter-final between the Ridley College Tigers and E.L. Crossley was a physical foul-fest.

“It was really rough and we weren’t getting the calls,” Crossley’s Owen Dobbie said. “There’s not much you can do about it.”

What Dobbie did was fight through it, score 15 points and grab his team’s player of the game honours as Crossley advanced to the championship semifinals with a 65-35 victory over the scrappy Tigers.

“Owen is an aggressive-type player and that’s our style,” Crossley head coach Brian Bleich said. “He was also a spark plug for our defence when we switched up to a zone defence.

“He got some turnovers for some quick baskets and I think that was the turning point in the game.”

In two games in the tournament, the 16-year-old has shown off a dogged physical style while sitting second in team scoring, averaging 13 points per game.

“You kind of have to be rough because you are getting hit and you are giving hits,” the Grade 11 student said. “I like that style.”

The 6-foot-2 player has been playing basketball since Grade 6 and is a member of the Pelham Panthers travel organization.

“I’m hoping to play at the post-secondary level and maybe write the SATs and go play in the States,” he said. “I just want to go as far as I can with basketball.”

He is working on all aspects of his game, but lately is focusing on his shooting for obvious reasons

“I have been shooting the ball awful,” he said, with a laugh. “I don’t know why but maybe I am a little bit nervous.”

Dobbie and his teammates are excited about what lies ahead in the tournament.

“We are all really excite about this tournament and trying to win it,” he said.

Tuesday’s quarter-final game was right in the Cyclone’s wheelhouse.

“It was a very upbeat game which suits our style of play,” Bleich said. “It got really aggressive, but in the end our players adjusted and we got to the basket more than we did in the first half.

“And that’s what we wanted to do; draw fouls and get to the foul line.”

Ridley College head coach Martin Vaillancourt got the type of game he expected from the Cyclone.

“They were as good as I thought they were and T.J. Hurley is special. They are really good,” he said. “They are deep but their basketball IQ is so high and you can tell those kids have been well coached.”

That coaching background was evident in the way the Cyclone played.

“It’s not that they were more athletic than us but you can tell that they have been playing at a high level for so long,” Vaillancourt said. “They understand angles and a lot of stuff that we need to work on.” 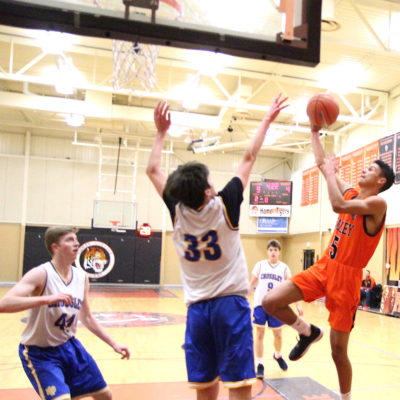