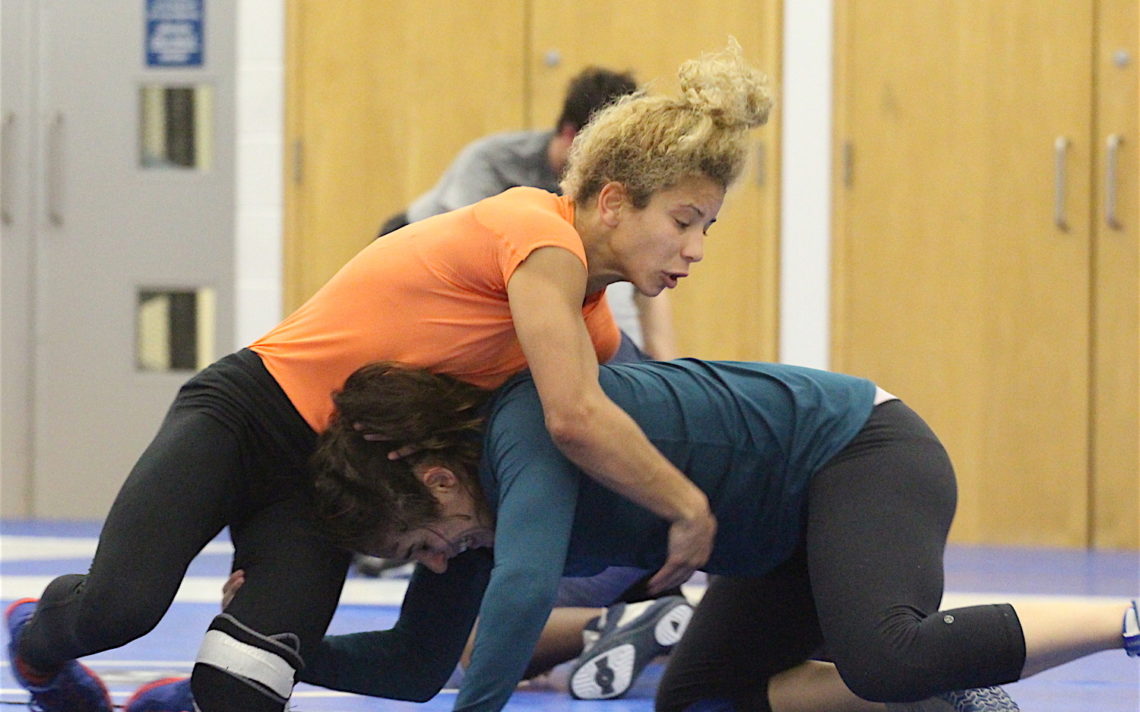 The Brock Wrestling Club has been home to many of the best female wrestlers Canada has ever produced.

All three have dazzling resumes and may some day have their accomplishments matched by 21-year-old Kristina McLaren, who enters this Sunday’s Ontario University Athletics championships at Brock as the reigning two-time OUA and U Sports (Canadian university) champion.

“She’s a phenomenal athlete and maybe the best athlete we have ever had in the room on the women’s side. And that’s saying a lot,” Brock head coach Marty Calder said. “I am not saying she is the best wrestler, but she is the best pure athlete. Power, speed and agility, she has it all.” 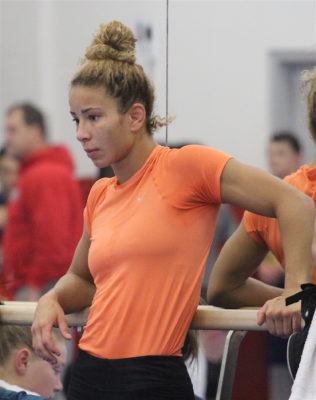 Calder has seen McLaren takes great strides on and off the mat since high school.

“She has really come a long way as a person,” he said. “Kathryn Nuyten had her at (Governor) Simcoe and recognized her talent as a young kid. Nuyten did a great job and still is a big influence in her life.

“She is understanding her priorities and that’s maturity.”

McLaren remembers her high school days of being the perennial bridesmaid.

“I was always second and my high school coach used to call me the Silver Bullet,” she said. “I was so used to it and every year I thought I was going to get second.”

Despite that, she arrived at Brock University thinking she would crack Brock’s varsity team as a freshman. It didn’t work out as she had planned.

“A lot came together mentally second year but I obviously still have a lot to work on. I still have my struggles.”

Her first year was a battle with her confidence. 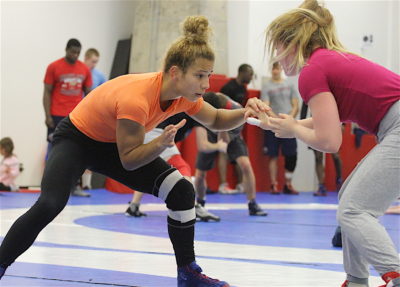 “Sometimes I wouldn’t even be able to finish practice,” she said. “I would get angry and frustrated and give up.”

There were times when Calder would tell her to leave the wrestling room. That still happens today.

“Not as often,” she said, with a laugh. “Maybe only once or twice this year which is a super big step up.

Not making the varsity team first year was a huge motivator.

“I was wondering what was wrong with me,” she said. “I thought I had to ability to win and I was definitely athletic enough, but I don’t think I could mentally beat my opponents back then.

“If you don’t have it mentally together, you can’t put it together physically either.” 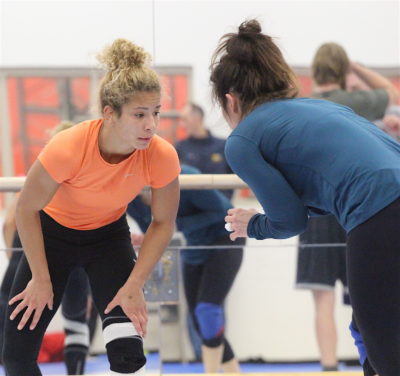 Everything turned around for McLaren in her second year at Brock.

“Winning junior nationals (in 2016) was a big step because I didn’t win anything big before that,” she said. “Finally, I started winning all the tournaments.”

She hasn’t looked back since then.

“Where I was and where I have been able to get myself to at this point in only one or two years is great, and I still have a lot more in me,” she said. “I believe I am the most promising if I believe in myself.”

She is far from a finished product.

“She’s still young and immature in certain ways but we are hoping when it all comes to pass, she will be something special,” Calder said. “She is working hard and she is doing all the things she needs to do, but she just needs to evolve.”

Calder has high expectations for McLaren.

“She is a threat to make the 2020 Olympic team,” he said. “She is competitive with everybody.”

Like many wrestlers before her, McLaren is learning to concentrate on the process instead of results in specific matches.

“You are focusing on everything but the purpose of it,” she said. “You have to think about other matches you wrestled and how well you did in them.” 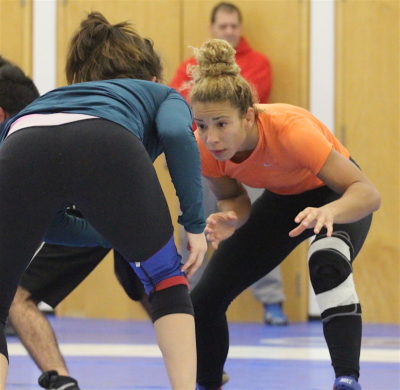 “In the match you lost, you have to think how you can improve and what you did well there because sometimes it is just one tiny thing that can cost you a match.”

She feels the next step in her progression is to avoid silly mistakes.

“I make them because I am athletic and I can get away with them,” she said. “There are things that I shouldn’t do and sometimes and when I go against really good people, it doesn’t work.”

“I am a really funky wrestler but sometimes I have to tone it down, focus on basics and win that way,” she said.

Despite her resume, McLaren isn’t taking anything for granted at Sunday’s OUA championships. 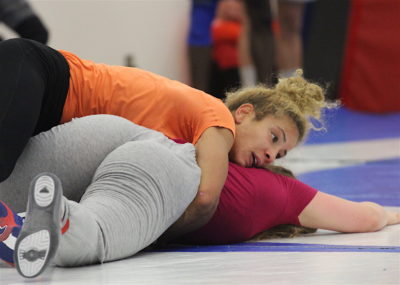 “You can’t let ego or cockiness get to you,” she said. “It’s good to be confident, but you can’t think your opponents are nothing because they will come out, surprise you and beat you.”

Brock enters the OUA championships as the four-time defending U Sports men’s and women’s champion.

“It’s a great opportunity for these kids to wrestle at home and in front of their home fans and fellow students,” Calder said. “We did great last year hosting the national seniors —  we has a personal best for the club — and we will try and continue that.”

The top-ranked women will be looking for their 17th OUA crown while the second-ranked men are gunning for their 20th provincial crown.

“We are really excited to have the opportunity to host the OUA wrestling championships this weekend here at Brock,” Calder said. “This is a very important step for our athletes in order to qualify for the U Sports championships in two weeks at Algoma.

“Our team is ready to compete, they have worked hard in all phases of their preparation. We are ready for the battle.”

Brock has won 35 OUA, and 24 Canadian university team titles since its first championship in 1992.

Tickets are $10 for adults, $5 for youth/seniors and Brock students are free with ID. Tickets are available at the Walker Sports Complex welcome desk.