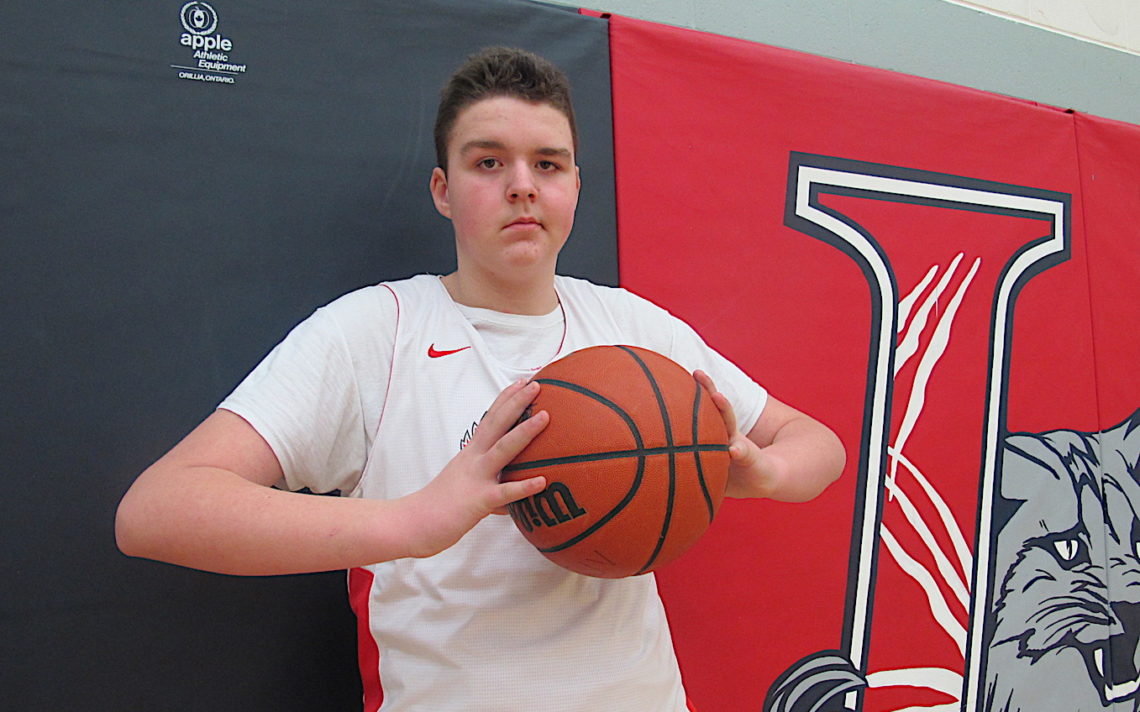 On the court with Vaillancourt

Thomas Vaillancourt already has a Plan A and a Plan B for his future.

Although he is only 13 years old, the Grade 7 student at Jean Vanier in Welland has a good idea how he would like to proceed.

“For my career in the future, I want to be a professional NBA player, but if that doesn’t work out I want to be a chef,” Vaillancourt smiled. “I like food. Maybe I could work for Gordon Ramsay!”

It’s tough to say which path Vaillancourt will choose, but at 6-foot-5 and still growing, basketball certainly seems to be the obvious choice.

Vaillancourt seemed destined for a spot on the hardwood from a young age.

Not only did he posses the size, but dad Martin Vaillancourt already had a love and passion for the game, coaching and helping co-found UPlay Canada, an organization for high-end basketball players.

“I wanted to start playing a sport,” Thomas recalled. “I started playing basketball with my dad when I was around seven. I remember my dad brought me to basketball.”

Fast forward six years and the younger Vaillancourt is already making serious inroads in the sport.

Not only is he a standout player for the U12 UPlay squad, but he is also on the radar of Canada Basketball’s Jr. Academy program for under-13 and 14 players. It’s a development program to identify potential elite-level players for the national program.

Toss in his play with the Stoney Creek Newman Youth Program and it’s all basketball, all the time for the budding star.

“I love playing basketball a lot. It’s something that I’ve had since I was seven years old. Sometimes when practices go late it’s a grind.”

Dad is naturally proud, but is also realistic and knows the tough and competitive road that lies ahead.

“He still has so much to grow and he’s already impacting the game. For his position, they are looking at him as a possible Olympian one day.”

Thomas appears more than willing to put in the work.

“I’ve started doing 200 (Mikan) drills a day. It helps with my shot and one weekend a month I go to practice with junior nationals. Then it’s twice a week with Newman Youth and every once in a while with UPlay with my dad.”

Vaillancourt’s determination is a trait he developed as a youngster due to circumstance.

He was born with a birth defect in which his intestines developed outside of his body because of a hole in his abdomen. The intestines are covered only by a thin layer of tissue and can be easily seen.

“We saw it on the ultra sound,” dad recalled. “They didn’t know if he was going to make it or not. When he was born, they took him away right away and operated on him. We didn’t hold him until he was 10 days old.”

Thomas came through that ordeal fine and has no issues due to the surgery, but five years ago was diagnosed with Type 1 diabetes. He wears an insulin pump which has helped significantly.

“As long as I keep on top of my blood sugar and how much insulin I have left, I’m good,” he said casually.

Since he was diagnosed, Thomas has been helping raise money and awareness. He even ran part of the Niagara Falls Marathon wearing team diabetes colours and was featured in Irun and also the Canadian Diabetes Magazine.

That’s quite a bit of exposure for a 13-year-old, but he’s getting used to the limelight. On more than one occasion he’s been teased about his size and his parents always keep his birth certificate handy.

“They don’t really bug me that much but they know I will be a good basketball player,” he said.

“I remember when I was younger [someone told me) I have a jersey with your name on it.”

Vaillancourt’s short-term goals are to continue with the UPlay squad and keep his name front at centre on the provincial level.

“If he wants it, we’ll go wherever his development takes him and where he can keep improving,” Martin said.

Asked how much he wants to continue to climb the basketball ladder, Thomas was quick and to the point. 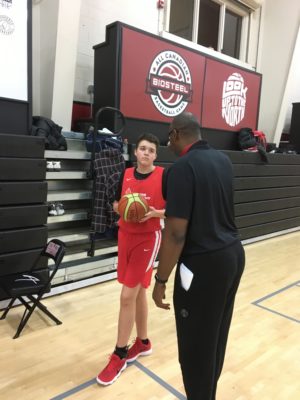