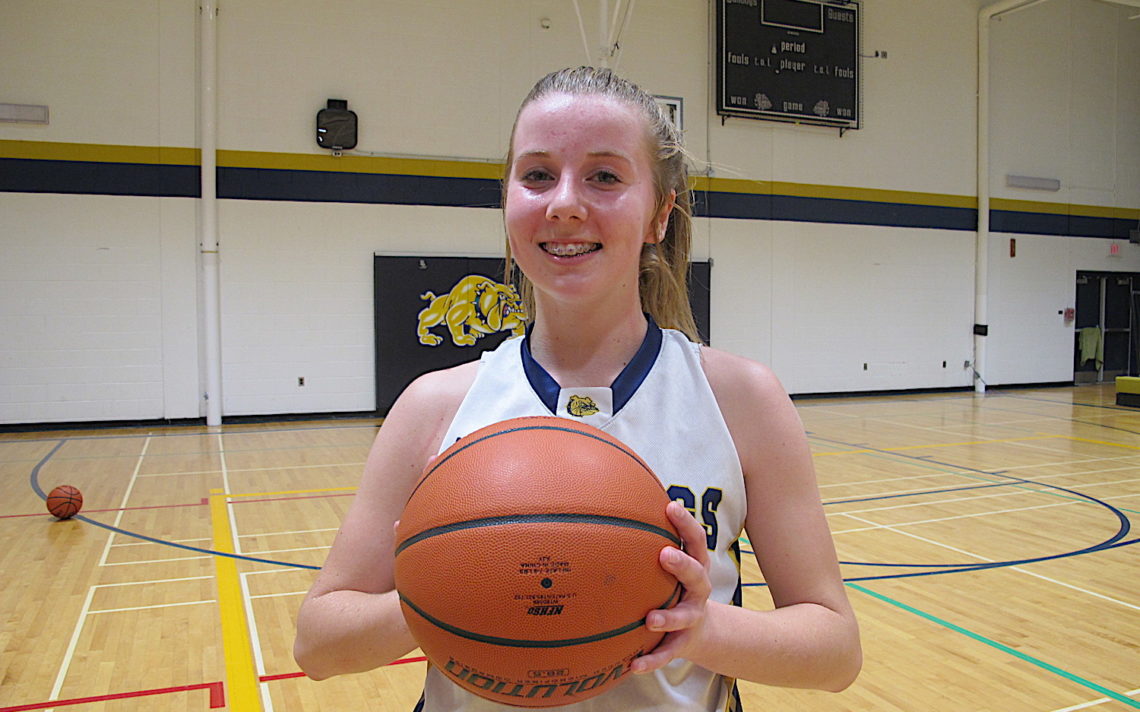 Seantance is following in the footsteps of older cousin Sam Keltos, a former standout star at Churchill now playing Division I basketball at St. Francis College in Brooklyn, N.Y.

Sentance has a ways to go before securing a scholarship to an NCAA school — she is just 14 and in Grade 9 — but appears well on her way.

The Bulldogs will play the winner of Holy Cross versus St. Francis Monday for the right to the advance to the Southern Ontario Secondary Schools Association (SOSSA) playdowns. SOSSA will be held next Thursday at Eden.

“She is in Division I basketball in the States and that’s where I want to go,” Sentance said when asked about Keltos. “I’m hoping what I’m doing here will help me get there.

“My teammates are really helping me along the way and getting me open and helping me.”

Uncle Frank Keltos is in awe being able to coach such a talent.

“It’s pretty cool,” Keltos smiled. “Ally is awesome. She’s got a gear, I don’t even know where she gets it from, but she goes and goes and then when she needs a little bit more to get there, she gets there.

“It’s crazy to watch her every game.”

Sentance was at her best offensively down the stretch, scoring 12 points in the final quarter, including a pair of three-pointers.

“It felt good. It’s my first year and for some of our players it’s their last year and I really wanted to get them to OFSAA. They really worked hard for it so it’s really nice to get that win,” Sentance said. “It was tough on me. I was all over the floor but my teammates were helping me so we really worked well as a team and did really well on defence, too.”

Keltos said Sentance, who plays Niagara JUEL Prep, said she was tired but didn’t want to come out of the game.

“She was exhausted but when I asked her (if she wanted to stay in) she said she was ready to go,” Keltos said.

“Very proud,” Eden coach Brian MacIssac said. “We had a fantastic year. I’m just so happy to go to the gym at the end of the school day and coach them. They just make me so happy and it’s such a blessing to have these kids in my life.”

The Bulldogs jumped out to a 16-6 lead after one quarter before the Flyers regrouped in the second. Sir Winston led by four at the half and the Flyers tied it at 23-23 early in the third before the Bulldogs regained the lead.

“We had a very tough start but we came back. They just kept coming, too, so you have to give them credit,” MacIssac said. “We just didn’t have an answer for all their weapons.” 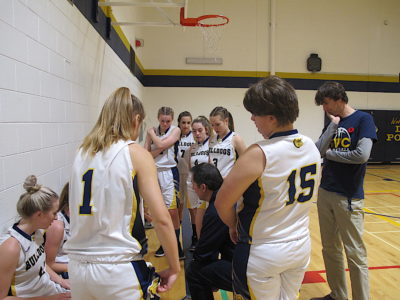 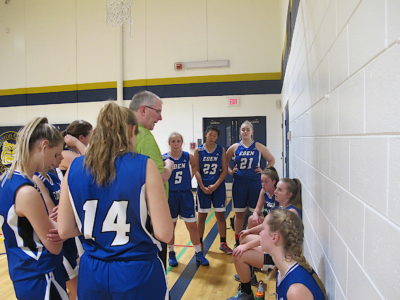