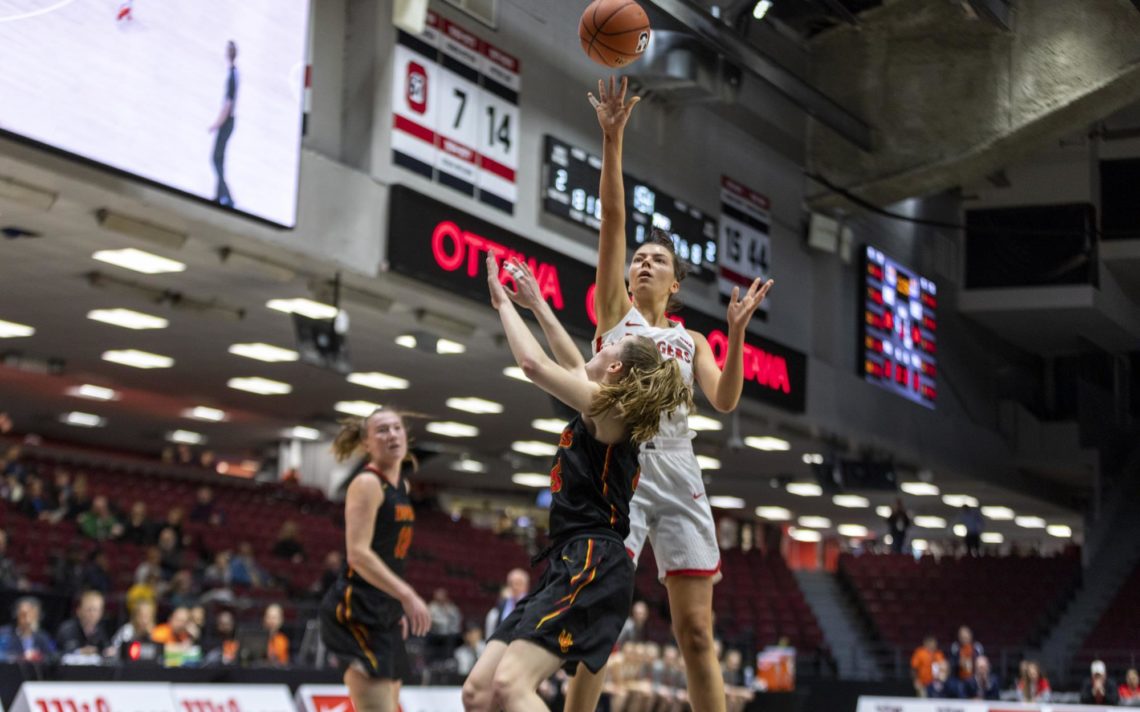 Sam Keltos had no clue she was being considered for the 2020 St. Catharines Athlete of the Year award.

The 22-year-old centre for the Brock Badgers was caught off guard when she received a letter informing her she was the co-recipient of the award with fellow Brock women’s basketball player Melissa Tatti.

“I had no idea,” Keltos said. “I found out later I was sharing it with Tatti so that was surprising. It’s awesome two Badgers are able to be co-acceptors of the award.”

Keltos was chosen for the award after a memorable 2019 season that culminated with a 42-point effort in the Badgers 84-71 victory over the Ryerson Rams in the Ontario University Athletics Critelli Cup championship game.

The Badgers then went on to earn a silver after dropping a 82-64 decision to the Saskatchewan Huskies in the U SPORTS gold medal game.

Keltos still has fond memories of the experience.

“Oh ya. Every time the season is brought up or I miss basketball I just remember the absolute insane run that we made,” I can’t even . . . people still ask me if it seems real and I still tell them no,” she said.

The OUA title was the first for the Badgers since 1983.

“The last time Brock women won the OUA’s, it was a long time ago,” Keltos said. “Just hearing that number, that many years ago, and then we did it last year, that’s just wow!”

Keltos is a former Sir Winston Churchill and Niagara JUEL standout who spent three seasons with the NCAA Division 1 St. Francis Brooklyn Terriers before joining the Badgers for the 2019-20 season.

Keltos didn’t get much of a chance to play at St. Francis averaging 1.3 points. 0.9 rebounds in 3.3 minutes of playing time per game.

“I thought about all the times I wasn’t given a chance or was looked past on the bench and not getting in any of the games,” she told BPSN after winning the OUA title. 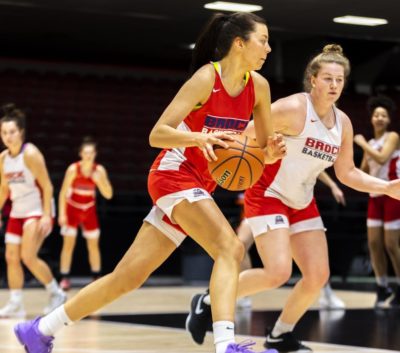 Keltos would have loved a chance to repeat the championship run, but the COVID-19 pandemic took care of that, sidelining university sports in 2020.

“Every time it’s brought up I think about the season and I get a little sad when we can’t be practising due to COVID,” she said. “We’ve been in and out of the gym. We were in for about a month and then got shut down again.

“It’s been hard to cope with it because my entire life I’ve had practices every week. It’s part of my daily thing. Trying to not be upset that it’s not happening anymore was kind of difficult in the beginning but we were able to have virtual workouts with our team and have team meetings every week helped to see everyone’s faces.”

Keltos is doing her best to stay in shape.

“The new normal is pretty much being allowed into Brock,” she said. “Week by week I’m still working out and challenging myself that way and trying to stay ready whenever things open up again.”

Keltos is schedule to graduate this year with a degree in biology but plans to return next year for her final season of eligibility and study art.

“I wanted to come back to Brock, it’s my hometown,” she said. “I want to teacher later on and that will give me two teachables.”

“He (Rao) honestly needs to take some of that credit,” Keltos said. “Coaching is honestly everything. If we had a different coach who didn’t let us play as openly, who knows? We may not have been in that position.”

And, of course, she didn’t forget her parents, Frank and Sharon Keltos.

“They have always supported me and been at games,” she said.

Keltos will receive the award at date to be determined before St. Catharines city council once the COVID-19 pandemic is finally under control.

St. Catharines Athlete of the Year

Following is a list of the winners of the St. Catharines athlete of the year award: