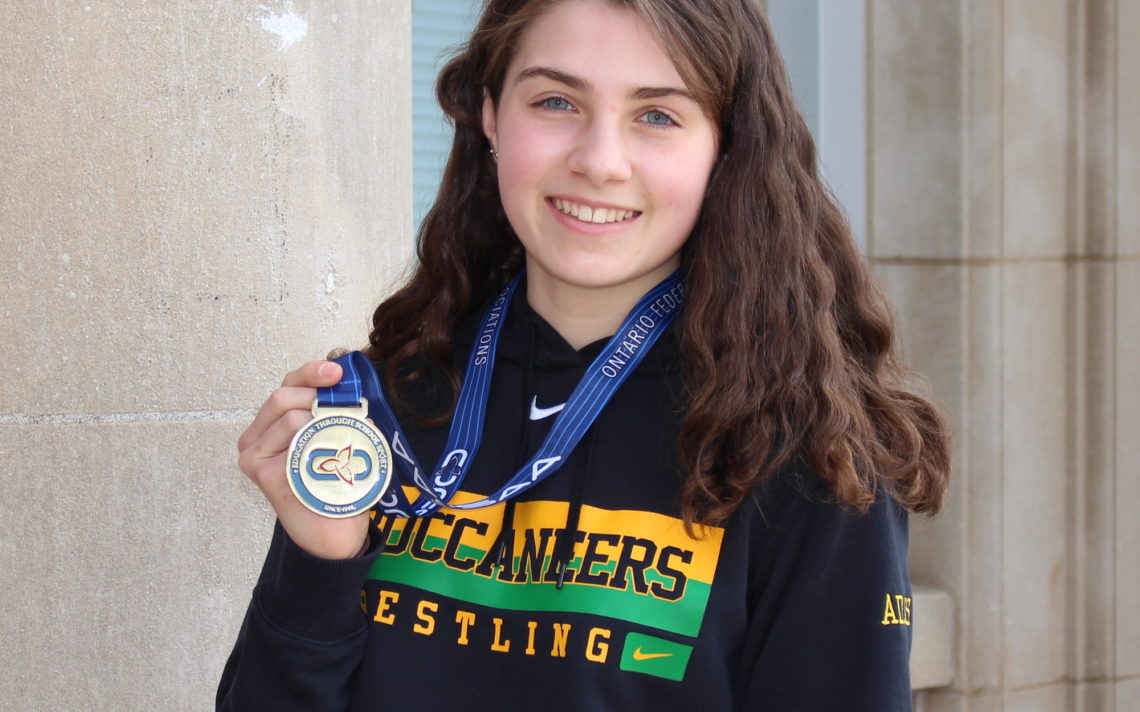 Sam can at nationals

Already the Ontario Federation of School Athletic Associations champion at 54 kilograms and the Ontario cadet champion at 52 kilograms, the 16-year-old Jordan resident added the national under-17 53-kilogram crown to her list of impressive accomplishments.

“There were quite a few close ones,” said Adams, who trains year round with Dave Mair at Discipline Wrestling.

It was an impressive result for a wrestler who has only been wrestling for two and a half years after starting out in jiu jitsu where she trained for five years.

Ahead 12-2 at the time, she ended up pinning her opponent in the final.

“I definitely couldn’t believe it at first,” the two-time zone and Southern Ontario Secondary Schools Association champion said. “It didn’t really settle in until after my match had ended and I had walked off the platform where the finals were.

“Then I finally realized I had won and I was very proud of myself.”

She exceeded her expectations by winning.

“Going in, my goal was to come top three because the top three would get me to the second day and I would be able to compete in the trials for the national team.”

In the trials, competing against under-18 opponents, she went 2-1 in round-robin action. She lost 5-0 in her lone defeat.

“It was definitely very close,” she said.

“I get to attend some training camps and I think there might be a competition for all the alternates at the end of the summer,” Adams said.

She is already back to her training as she prepares for what she hopes will be an ever better season in 2018-19.

“My goal for next year is to win OFSAA and nationals again and hopefully win the trials to make the national team.”

She will enjoy all the ups and downs along the way

“It’s all the challenges and you’re always going against new people and facing people with different skills,” she said.