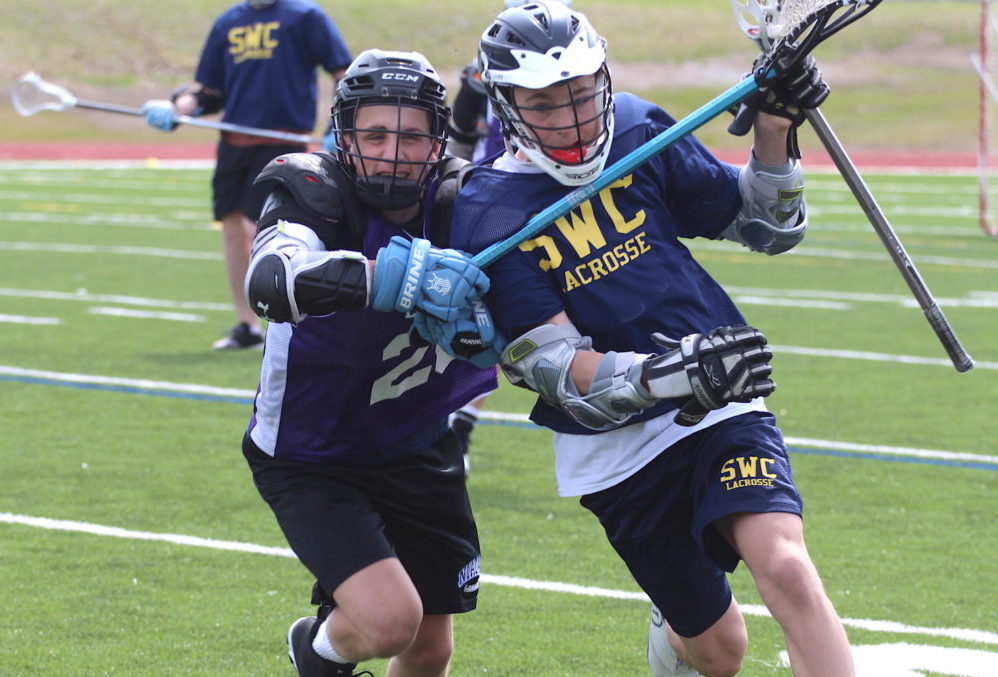 Bulldogs quick off the mark

Nathan Sneath does it all for the Sir Winston Churchill Bulldogs.

The 17-year-old, Grade 12 student is comfortable playing pretty much any position for the Bulldogs field lacrosse team.

The game was part of a three-game jamboree Friday at SWC. The Bulldogs also defeated the Grimsby Eagles 11-3 while the Marauders squared off versus the Eagles. Results of that game were unavailable.

“I guess I can score if they really need me to, but I mostly play defence and pass the ball off,” Sneath said. “I just had a good game today. I was in the game. I decided to get aggressive today (and it paid off).”

There is no position Sneath hasn’t played for the Bulldogs. 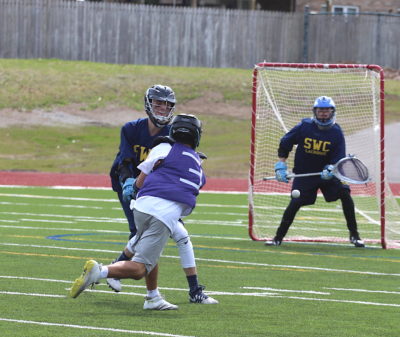 “I like playing everything” he said. “I started off as a midfielder because I was really fast and I don’t really have the best hands. They moved me back to pole and I played that and last year we didn’t have a goalie so I decided I would try goalie and I really liked it.”

Sneath’s speed and willingness to move around gives Bulldogs coach Jeff Flood many more options with his lineup.

“It’s a luxury to have a versatile player like that, for sure, especially in that he is effective at everything. He’s not just out there to fill a spot. He actually makes a difference in any of the positions he plays.”

Sneath’s effectiveness is especially impressive considering he is coming off surgery for a torn ACL (anterior cruciate ligament) in his knee he suffered playing box lacrosse last summer.

“I’m just a bit cautious on it sometimes,” said Sneath, who wears a brace on the joint. “I’m taking a year off of box.”

Sneath admits he thinks about the injury at times, but is glad he worked so hard to come back.

“It depends if I do my brace up tightly enough or not. If it’s a little loose I can definitely feel it,” he said. “It was really difficulty but in the end it was worth it because I feel like I’ve come out stronger.”

Kyler Beckman, Christopher Smith and Gavin McGregor and added two goals each for the winners while Ben Katzman had one.

Names on the Myer roster were illegible.

Sneath admitted it was difficult to play back-to-back games.

“It’s pretty hard but when the team has chemistry and we’re working together no one really gets tired. We have the adrenaline pumping,” he said.

Sneath wasn’t sure what to expect from the team this season.

“We were kind of skeptical. We were good last year and lost couple of key players but the boys stepped up and really made a difference.”

Flood was naturally happy to get two wins under his belt in a matter of a couple of hours.

“It’s important,” he said. “At the beginning of the year, you’re just trying to see who fits into what positions.

“It’s awesome to get off with two wins, but there is still a lot of work to be done, a lot of holes we weren’t happy with, but other than that the boys worked really hard.”

First names were not provided on the Grimsby roster. 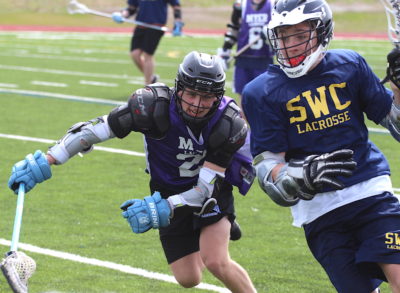 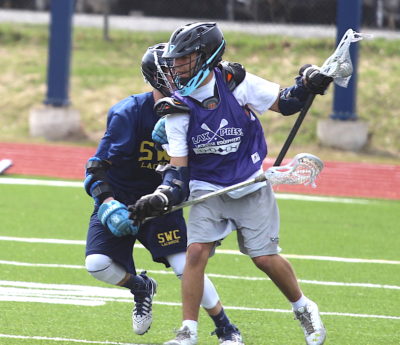