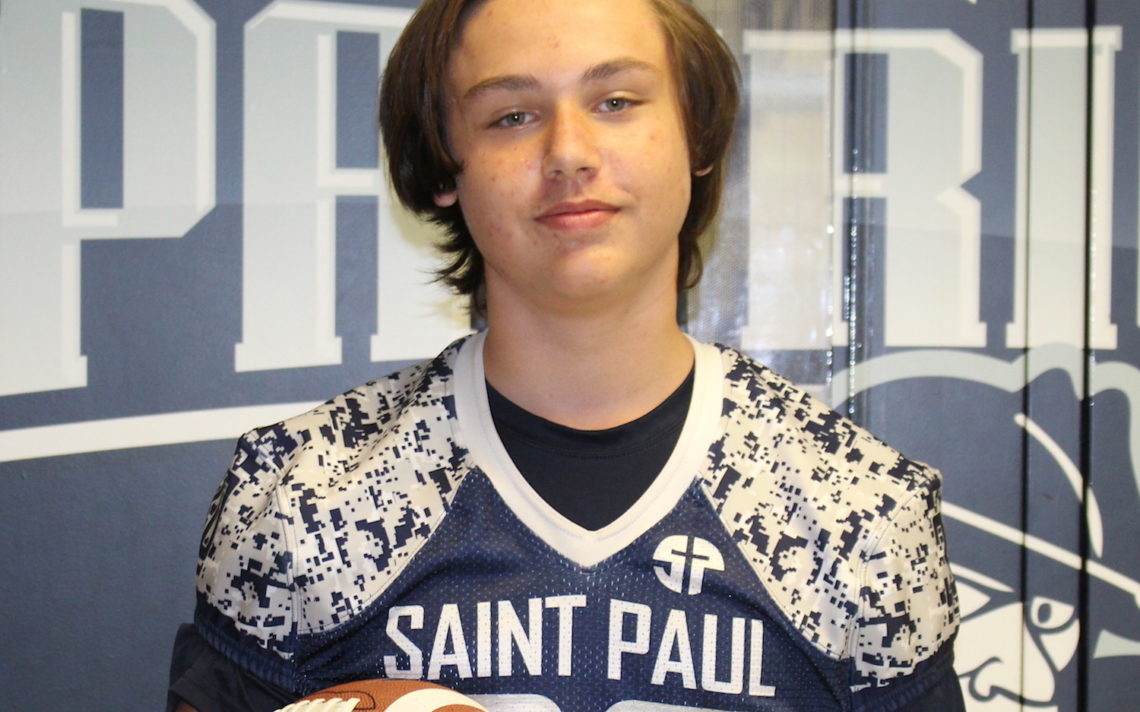 D.J. Shannon was a little disappointed when he received an email telling him he had been selected as an alternate for the Team Ontario football squad.

“They also said in the email that only one kid got to go from being an alternate to on the team last year,” the 14-year-old Niagara Falls native said.

His dejection turned to elation when he later received a call letting him know that he too had gone from alternate to on-the-team status.

“When I got the call, I was pretty excited,” the Grade 9 student at Saint Paul said.

The Team Ontario experience consists of a training camp in Guelph followed by games against teams from other provinces.

“I am looking forward to playing with the other players and learning things from the coaches,” the six foot, 186-pound linebacker said. “I also heard that they pick the best players from all the teams to play on Team Canada and that would be another great opportunity.”

His father (Dylan) noticed there were Team Ontario tryouts coming up and D.J. decided to go to the first one.

“I felt confident after seeing the others linebackers there. I felt I was capable of competing and I made it to the second tryout.”

At the second tryout, he didn’t feel it was his best performance, but thought he had at least shown maximum effort. It turned out to be enough to eventually earn a spot.

“It’s a chance to represent the province and I want to get my name out there,” he said. “I want to be able to play football someplace at the university level.”

The experience will help him continue to take the next steps in his progression as a football player.

“My main focus is to get out to as many camps as I can, try out for as many teams as possible, and just get more repetitions and keep learning.”

D.J. trains throughout the year for football. He works out in the weight room three days a week and does speed training outside.

“It has always been a family thing,” he said. “My father and all his brothers played. I got to play any sport I wanted when I was a little kid and football was the one I loved the most so I just stuck with it.”

After playing minor football for six or seven years, D.J. (David James) suited up last fall with the Saint Paul junior team and this spring made the Niagara Spears Tier 2 Junior Varsity squad. He also competed in track and field for Saint Paul and qualified for the midget boys javelin at the Southern Ontario Secondary Schools Association championships.

Saint Paul senior football coach Rick Oreskovich is excited at the prospect of having D.J. eventually suit up for the senior squad.

“He played minor football last year and he has really stepped it up,” he said. “He is another kid that also prepares in our Saint Paul weight room in the off season.

“He’s growing, he’s getting stronger and he is going to be a dynamite player in the future.”