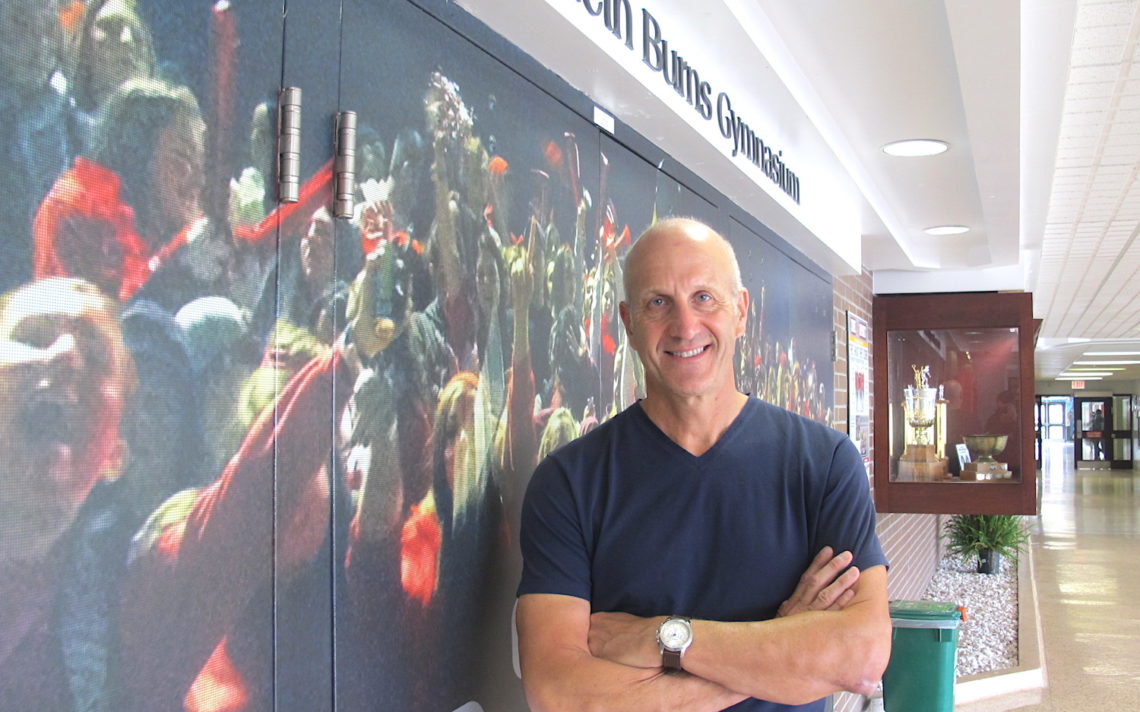 Capping off a memorable career

In about three weeks, Frank Cappelletti will walk out of work for the last time and into a world without Denis Morris.

The 56-year-old St. Catharines resident will end his 27-year teaching and coaching career at the St. Catharines high school June 29 and is at peace with his decision to retire.

“It will be a little weird because I’ve spent half my life here — I was also a student here — so that makes a big difference too,” he said. “I love it at DM, no question. I’ll miss it at DM. We have a good, cohesive staff and it’s a lot of fun.

Cappelletti joined DM as a student-teacher and immediately began helping with the soccer team. He got his first full-time job at the elementary level and joined his alma mater for good in 1989.

But Cappelletti wasn’t always sure the classroom was right for him.

He graduated from the University of Western Ontario with a degree in economics and worked for a time in the business world at Canadian Tire Acceptance where he quickly found out he was not cut out for that type of job.

“I worked in a corporate structure when they were downsizing and I saw the stress on people’s faces when they know one out of every two is going to get laid off,” he said. “It’s a terrible environment and it wasn’t for me.

“There is so much more reward in this job.”

He took the advice of his wife, Debbie Beaudoin, and enrolled in teacher’s college and immediately knew he made the right decision.

“The first time I was in school I knew this was right for me,” he said.

As a student, Cappelletti was involved in several sports — soccer, football, basketball and tennis — so once he began teaching be made it a priority to give back as a coach.

“Those things were a big part of my life and still are to this day,” he said. “I enjoy sports and I knew how much that gave to me. It makes a big difference.”

Cappelletti coached both soccer and hockey at DM and is famous for his intensity and commitment — until his hip began bothering him recently it wasn’t uncommon to see him running a seven-kilometre warmup with his soccer team.

“If you’re not passionate about it, it’s hard to be successful,” he said. “You can’t expect kids to go through a wall for you if you’re not going to put in the same effort.

“You have to practice what you preach.”

Cappelletti has fond memories of some of his favourite teachers and coaches and made special mention of Father Burns, the late Steve Milo, and former football coach Red Ferracuti.

“They were great. Red Ferracuti was very passionate and you learned a lot from that. Being in this school, it was like a second home.

“It’s a different rapport when you coach kids. They see if you’re into it, you’re going to follow suit.”

Cappelletti said he has formed bonds with his former students that have lasted a lifetime.

“Those kids are now 45 years old and they are your friends,” he said. “You stay in touch and that’s the special part.

“You think early in your teaching career you’re giving it to them, but they’re giving it back to you just as much.”

Cappelletti has seen a lot change over his 27 years, both on the playing field and in the classroom. 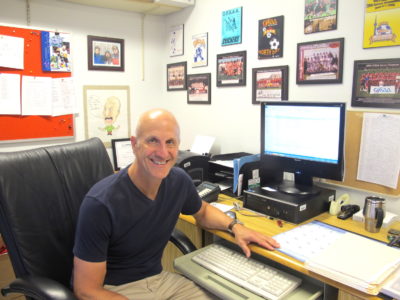 “It is a different world. There’s a difference demographically — the culture in our school has changed a lot,” he said.

He remembers when it was the exception rather than the rule that students worked.

“For my first 10 years, not that many kids worked so high school activities were everything. We’d have 1,000 kids watching the football games. That’s what you did for entertainment.”

Now that more and more students are working, it has impacted extra-curricular activities.

“Everyone has to have a cell phone and that was another thing that changed, the commitment,” he said. “Priorities have changed. High school used to be the sport, aside from travel hockey. You looked forward to playing on a high school team.”

Cappelletti is confident the transition into retirement will be smooth.

He loves to travel and has plans to go to France, where he spent a year as an exchange student, and Italy, where he has several cousins. He will also have more time to spend with his wife, son Joey, and daughter Adriana.

“I’ll miss this part of my life, for sure. It’s a big void to fill,” he said. “Being off every summer, you know how to make that transition. It’s the September part that is going to be difficult.

“I don’t think I’m going to have that problem.”

Cappelletti, who taught everything from French, to business, to co-op, is thankful he can retire on his own terms.

“I lost my dad when I was a kid (13),” he said. “There’s a window now where if you have health you have to take advantage of it.

“I learned at a young age that you have to live for today with everything you do. I do have a bit of a work hard, play hard mentality so when I’m done I’m going to try and take advantage of that by staying healthy and travelling.”

He hasn’t really bothered to look at the calendar or count down the days until recently when the soccer season came to an end.

“Now that the season is over, the countdown is on,” he said. “It’s gone so fast. It just flew by and here we are.”